Barrett was born in Bondi, Australia, the son of George and Marguerite Barrett. He left school at 14 to do a few odd jobs before taking on a trade as a butcher around the eastern suburbs of Sydney. He gave up his trade when a hind of beef fell on him and injured his shoulder. While he was on worker's compensation, he completed three writing courses at the WEA (Workers' Educational Association). When his sickness benefits ran out he worked in various jobs, DJ, barman, or went on the dole. His first writing job was gag writing for disc jockeys on Radio 2SM. He also signed on with a casting agent and started acting in commercials and television series and appeared in what he says are 'two classic A-grade clunkers'; the movies Bullamakanka and The Empty Beach. 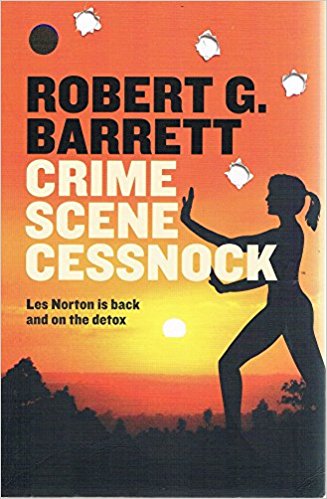 All it took was a summer's day and a flat tyre on his push bike and Les is out on bail and on the run from a gun-happy street gang intent on a drive by. So, with Warren's help, Les becomes Len Gordon film director, safely ensoned at the ultra swish Opal Springs Health Resort until Eddie can sort things out back in Sydney.
Buy Paperback Version 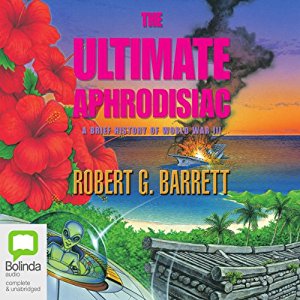 Robert G Barrett describes his book as "a science shock thing set on a fictitious island somewhere in Micronesia, complete with magic crystals, UFO's, and mysterious force fields. Plus the usual gratuitous sex, drugs and violence you find in my books."
Buy Paperback Version
Scroll to top