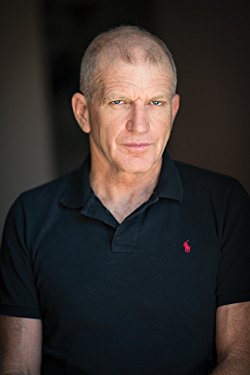 Roland lives in Sydney, Australia with his partner Kathleen Allen, who was integral to the writing of No Man’s Land. In 1992, Roland founded The Writers’ Studio, a creative writing school based in the Sydney suburb of Bronte. Since then, thousands of people have completed his courses both Live and Online.

Roland and Kathleen continue to teach the live classes and have conducted three sold-out workshops at The Sydney Writers’ Festival. In creating the program, Roland drew on his own extensive career as a writer, as well as his experiences travelling around the world learning the art and craft of writing from bestselling authors and elite teachers.

Throughout his life, Roland has been drawn to sports. He has sailed in The Sydney-Hobart Yacht Race, one of the world’s great ocean races, been a beach sprint champion at his local surf club and played first grade Rugby Union in Sydney for the Randwick Rugby Club and the University of NSW. He also coached men and women’s Rugby teams at the University of California, Santa Cruz.

And like Carter, Roland has surfed since age 10. He’s chased waves up and down the east coast of Australia, as well as in Indonesia, Hawaii, the west coast of America and Samoa. It was the competitive edge every surfer faces when catching a steep wave in a crowded break that provided the initial inspiration for Russell Carter and No Man’s Land.

During his time as a sports journalist and columnist with The Sydney Morning Herald, and while researching two sports books, Roland interviewed many elite athletes, endeavouring to find out what made them tick. His main character, Russell Carter, embodies many of these qualities. 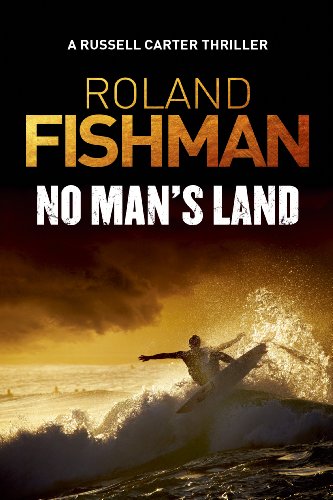 "A plot ripped straight from today's front-page headlines. A Muslim extremist group based in Indonesia plans to launch devastating attacks on Sydney on New Year's Eve - and only one man can stop them: special operative Russell Carter, an Australian version of Lee Child's Jack Reacher - a man of few words but much action." Melbourne's Sunday Age Special operative Russell Carter has turned his back on everything he ever believed in. A year ago he walked away from the order and its leader, Thomas Wing, a man he once regarded as a father. Since then he's been living the good life, surfing at Lennox Head and trying to forget his past. On Christmas Day Thomas is kidnapped from a remote bush property near the Queensland border, and Carter is sucked straight back into the violent world he left behind. Now an Indonesian terrorist cell is trying to kill him - and every other member of the order. With Carter and the order out of the way, the terrorists hope to carry off a daring attack on Sydney Harbour on New Year's Eve - just days away - when huge crowds gather on the water and foreshore to celebrate. Carter is forced to team up with Thomas's daughter, Erina - the only woman he has ever loved, and who he abandoned without saying goodbye. Together they must travel into the wilds of Indonesia and back again in a desperate bid to save Thomas - and the lives of thousands of others. "Added to the believability of the unexpected, the realistic portrayal of the two central characters, and a strong plot, there's a hefty dose of good, dry very Australian humour." Australia & New Zealand Crime Fiction Reviews
Buy Kindle Version
Buy Paperback Version
Scroll to top