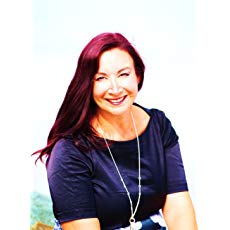 "What some families do to each other is criminal"
Rowena Holloway is an Australian suspense writer with a special interest in cold case crime and dysfunctional families. She considers herself a reformed academic who discovered fiction writing was preferable to the real world. Rowena indulges her love of suspense fiction by writing novels and short stories about Fractured Families and Killer Secrets. Her novels have been nominated for the Ned Kelly Award for crime fiction and semi-finaled in the Amazon Breakthrough Novel Award, and her short stories have been included in several anthologies including the Anthology of Award Winning Australian Writing. She also reviews fiction, interviews fellow writers, and blogs about books and writing. 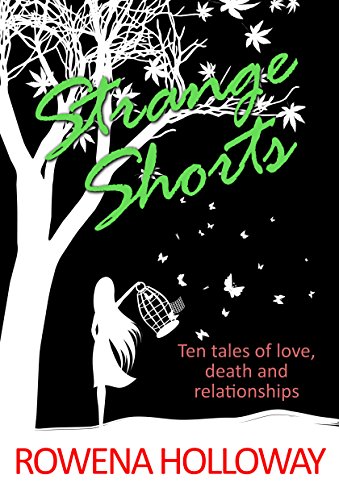 "gripping...funny ...moving" Ten short stories, each with a killer twist. Contains bonus extracts from Rowena Holloway's award nominated suspense novels Pieces of a Lie and All That's Left Unsaid Water gives life and takes life; the elder tree curses anyone who dares ignore her wishes; Seamus discovers a graveyard is no place for a quiet whiskey; Susan learns a truth that may or may not have ruined Christmas…. An anthology of strange and quirky stories and flash fictions from Australian Suspense Author Rowena Holloway.
Buy Kindle Version
Buy Paperback Version 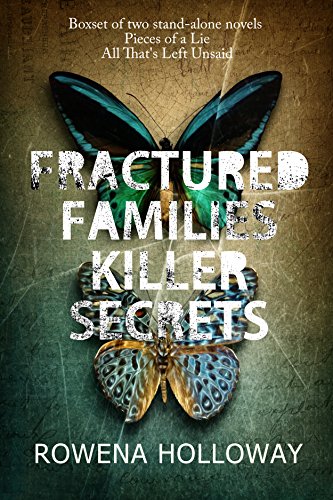 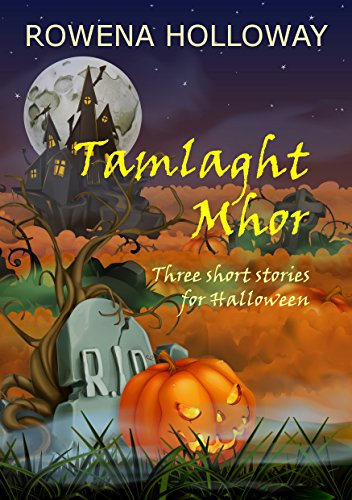 Three suspenseful Gothic tales of revenge inspired by European folklore. "You won't be disappointed in having a cup of tea or coffee and enjoying these uncanny stories" "A delightful collection of little gems." Waylin's Lament: Waylin warned his son to never ignore the wishes of the Tree Witch. Now she wants restitution. Tamlagh Mhor: An Irish gravedigger gives two thieves the shock of their lives. Why does no one believe them? It's a'commin', Dotti: Aled fears the beast that roams the moors. So why is it his wife, the non-believer, who pays the price? Tamlaght Mhor--Three short stories that will leave you pondering.
Buy Kindle Version 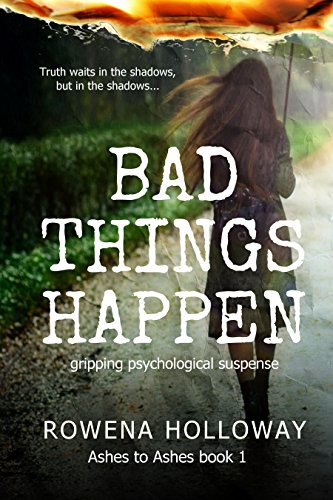 She wouldn’t kill for her career, but she might just die for it. Charlotte Ashe is desperate to get out of her light-relief gig as TVWE’s ‘weather babe’. When an elite footballer hands her a scoop that could make her career, she never expects it to lead into danger. Joey Baptiste is on the cusp of greatness, and the edge of despair. Confiding in Charlotte is his last chance at a way out. Instead, it signs his death warrant. As the mystery around Joey deepens Charlotte is pulled into a dangerous game that threatens her career, her relationship and even her life. With everyone against her who can she can trust? How much she is willing to risk to expose the truth? Charlotte must untangle the truth behind Joey's death before her big break becomes her biggest mistake. Bad Things Happen is the first book in the new adrenaline-charged series by Ned Kelly Award nominated writer Rowena Holloway. This page-turning thriller-with-heart can be read as a stand-alone. Buy Bad Things Happen today and get lost in this dark mystery where the truth has deadly consequences. Praise for Rowena Holloway's novels Pieces of a Lie “…combines noir with romantic suspense and does it solidly” WriteNoteReviews “…enough twists and turns to keep the reader in suspense” Meredith Jaffe, Books Reviewer, The Hoopla. “Rowena Holloway is a master of hook chapter endings…plenty of surprises and a very clever twist at the end.” Sandy Vaile, suspense author. “This debut come with a very macabre twist … one that is best not read while one is alone in semi-darkness.” Kathryn White, author. “It drew me in the from the very first page. Rowena Holloway is a talented author. Recommended.” Geraldine Evans UK crime writer. “A breathless slalom of hair-pin turns and never-saw-'em-coming surprises. Worth every minute of sleep I lost staying up to all hours reading it!” Diane Hester, Suspense Author. All That's Left Unsaid “…plenty of surprises and a very clever twist at the end… the final scene brought me to tears.” Sandy Vaile, suspense author “…a spectacular story in every sense of the word - as dramatic and as breathtaking as the setting of Positano, on Italy's Amalfi Coast.” Jenn J McLeod, author “This was a great mystery that kept you guessing to the very end! I was never able to figure out who was lying and who was telling the truth. Everything all came together nicely in the end.” Amy on Goodreads “Loads of twists and turns. Love the flavours of Italy.” Susan G on Goodreads “This was a fabulous, on the edge of your seat read. Loads of gorgeous, beautifully written detail and a fabulous cast of well written characters.” Tamara M on Goodreads
Buy Kindle Version
Buy Paperback Version 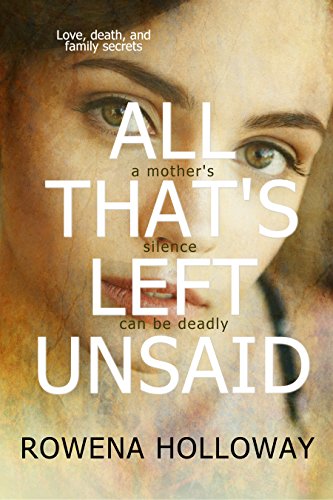 In a country made for seduction, she will unmask a killer. Harriet Taylor is desperate to reconcile with her estranged mother. When she travels to the Amalfi coast in search of her mother's old friend she doesn't expect romance. She doesn't expect to unearth dangerous secrets. She doesn’t expect a killer… Seduced by the charming locals and breathtaking scenery, Harriet struggles to find the answers she seeks. The nearer she gets to the truth about her mother's past, the closer she gets to exposing a secret hidden for thirty years... A secret someone will kill to keep. Trusting the wrong person will become a fight for survival... Buy All That’s Left Unsaid today and escape to the Amalfi coast in this emotion-filled, page-turning suspense thriller nominated for a Ned Kelly Crime Fiction Award. *All That's Left Unsaid is available as part of the two-book boxset Fractured Families Killer Secrets
Buy Kindle Version
Buy Paperback Version 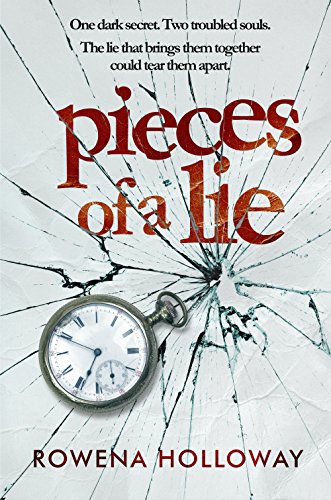 Pieces of a Lie

A family secret. A suspicious town. A cop with something to prove. Mina Everton has worked to overcome the slur of being the daughter of a man who skipped town with his mistress and the town development fund. She’s on the cusp of opening the doors for her antiques business when a new detective arrives in town. He’s determined to arrest those responsible for a series of high-profile antiques robberies and seems far too eager to see her as a suspect. Detective Lincoln Drummond is in disgrace. Once a rising star, he’s been packed off to the small Australian town of Failie, where he is unknown and unwelcome. When he learns of a struggling antiques dealer with a criminal father it seems a quick arrest is all he needs to get his career back on track. Their attraction is as strong as their mistrust. Determined to save her business and disprove Drummond’s suspicions Mina reluctantly falls in with crime boss Slab Carlson who offers help her expose the truth behind the robberies—if she helps him first. But Mina gets in too deep and when Drummond discovers she’s involved with Carlson he believes his worst fears are realised. And then he finds the body… Will this by-the-book cop rescue his career or the woman he loves? Buy this gripping psychological thriller set around the beaches of South Australia and get lost in the suspense with a twist of noir. Praise for Pieces of a Lie An incredibly strong debut from author Rowena Holloway, and a sure sign of great things to come. —Rachel Amphlett, author of Dan Taylor Thrillers The suspense starts quickly and I was ready for the ride… twists, turns and a few surprises which kept my head firmly in the book until the last page.—Duffy the Writer An atmosphere of dark menace… combines noir with romantic suspense and does it solidly. —WriteNoteReviews A breathless slalom of hair-pin turns and never-saw-'em-coming surprises. —Diane Hester, author of Run to Me A well-constructed and complicated story... drew me in from the very first page. —Geraldine Evans, author of the Rafferty and Lewellyn crime series Entertaining, well plotted and with enough twists and turns to keep the reader in suspense. —Meredith Jaffe, books reviewer
Buy Kindle Version
Buy Paperback Version
Scroll to top