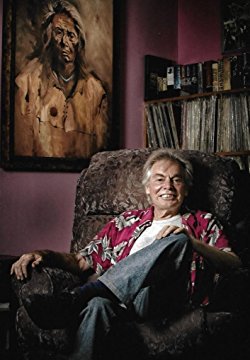 A passion for the written word along with family, cooking and gardening are some of Roy’s varied interests.
Roy and his wife Julie live quietly in a seaside town in Western Australia. They have three sons and a daughter.
Also by Roy E Edwards
Celtic Sunset
A Trace of Blue
Brotherhood of the Book
The Egyptian
Dark Wind in Eden
In Shadows Fall
The Gunfighter
The Outlaw
B. W. Harding’s Barroom Tales
Distant Voices
A Curious Odyssey
The Verres Letter
The Shackled Moon 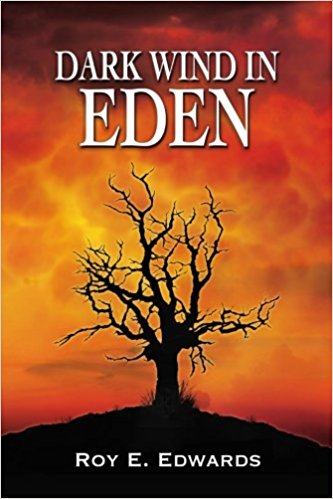 “In the face of great and terrible adversity, when all you own is yourself and the earth beneath you is divided, sometimes a Dark Wind will blow.” Isian the Elder For more than ten centuries “Mohenjarro” the “City of Life” lay moribund in its inflexible traditions, oblivious to a small, gathering evil inexorably diminishing the spiritual vitality of the people. And then one day, more by accident than design, a young inexperienced warrior with the heart and soul of a scholar, shatters the mainstay of a thousand years of tradition. Within hours he is tried, condemned and cast out. Dazed and bewildered by the speed and severity of his conviction, the young outlaw, wanders aimlessly, devoid of hope and direction until he chances upon a hidden valley, known to the enigmatic inhabitants as the “Valley of a Million Years”. He falls in love with Lanaya, a woman of the valley, but his love has nowhere to go, no hope of life. Disillusioned he turns away only to face a shocking truth concerning his own people. He determines to return to the city, reveal the truth and unmask the evil lurking within. But no one will heed or otherwise acknowledge he exists. Humiliated and angry he returns to the wild, an easy target for the machinations of evil. But all is not what it seems as the young outlaw continues to lose more than he gains in the bittersweet breath of a Dark Wind in Eden.
Buy Kindle Version
Buy Paperback Version 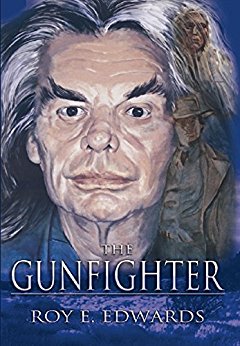 Cattle graze where once the great buffalo herds moved across the land. Towns sprang up; people came from the four corners of the earth, spreading out across the vast plains. The era was raw, wild and bustling. Of law there was little or none. Men lived and died by their word, by their courage and stubborn will to survive. Some came to build, to found cattle and railroad empires. Others dug for gold and silver some ploughed the fertile soil, planted crops and tamed the wild river. Others used the gun and shocking violence to take what they otherwise cared not to earn by dint of toil and sweat. And there were those who hired out to hunt them down, solitary, lonely men of few words. He was young when he first hired out, but that was long ago. Times were changing and all he wanted was a place of his own, to sit in the sun and slowly fade away on the wind. He was an aging man who had left his name and reputation far behind him. He was different now, settled and at peace. Then one day he received a letter that chilled him to the bone. The letter was addressed to the man he used to be. The old gunfighter was long past his prime and sometimes his hands trembled like leaves on the aspen, but he had no choice other than to answer the letter to find out who wanted him dead and why, only to find nothing is what it seems.
Buy Kindle Version
Buy Paperback Version 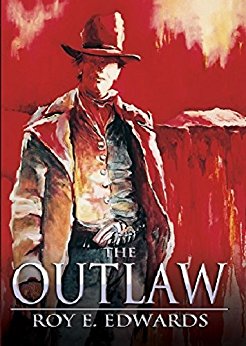 The Boston writer B W Harding wrote lurid, over the top dime novels. His stories sold well and continued to do so for many years. He was no longer young when one day his publisher informed him, with regret, that the dime novel was dead and advised him to write about real flesh and blood heroes. BW agreed but he was perverse and decided to write about an outlaw whose exploits, according to various barroom tales up and down the country, were legendary. But first he had to find him, to learn the truth behind allegations concerning stolen gold, murder and retribution and at the same time solve the mystery of why the last surviving descendants of a now vanished desert people revered him as a “Red Sun” — and how hard could it be to find one man — only BW had never travelled the western lands. He knew nothing of the desert, the outlaw trail or the Comanche. The truth lurking behind the myth would change him. The outlaw’s story, when revealed, more compelling than fiction.
Buy Kindle Version
Buy Paperback Version
Scroll to top