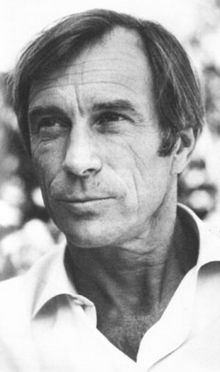 Russell Reading Braddon (25 January 1921 – 20 March 1995) was an Australian writer of novels, biographies and TV scripts. His chronicle of his four years as a prisoner of war, The Naked Island, sold more than a million copies.

Braddon was born in Sydney, the son of a barrister. He served in the Malayan campaign during World War II. He was held as a prisoner of war by the Japanese in Pudu and Changi prisons and on the Thailand-Burma Railway between 1942 and 1945.[1][2] During this time he met Ronald Searle, whose Changi sketches illustrate The Naked Island.

After the war, he went on to study law at University of Sydney. Nevertheless he failed to obtain a law degree (he maintained that he had lost interest in the subject) and he abandoned undergraduate life in 1948.

In 1949, Braddon moved to England after suffering a mental breakdown and followed by a suicide attempt. Doctors attributed this breakdown to his POW experiences, and urged him to take a year to recuperate. He described his writing career as "beginning by chance". The Naked Island, published in 1952, was one of the first accounts of a Japanese prisoner of war's experience.

Braddon went on to produce a wide range of works, including novels, biographies, histories, TV scripts and newspaper articles. In addition, he was a frequent broadcaster on British radio and television. He died in 1995 at his home in Urunga, New South Wales, having returned to Australia two years before.

Proud Australian Boy: A Biography of Russell Braddon by Nigel Starck was published in Australia in 2011. 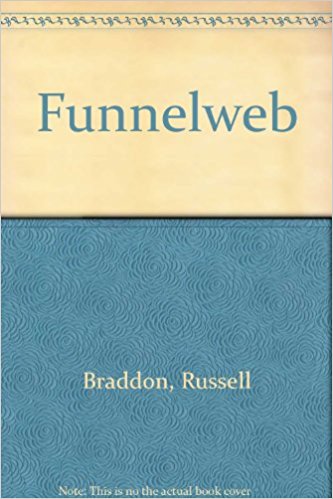 A hate-filled violin virtuoso enlists the aid of the world's deadliest spider, the Australian funnelweb, to serve his deranged will, and Inspector Cheadle is left trying to untangle mysterious strands of false leads before others die horribly
Buy Hardback Version
Scroll to top