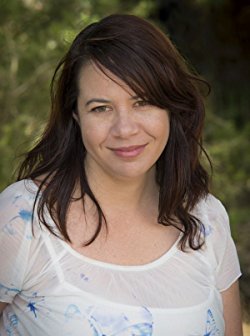 S.D. Wasley was born and raised in Perth, Western Australia. She writes in a range of genres including adult, young adult, paranormal, and mystery. She also writes romance as Sasha Wasley. Her debut novel was published in early 2015. Today, she lives and writes in a wine region with her partner and two daughters, surrounded by dogs, cats and chickens. 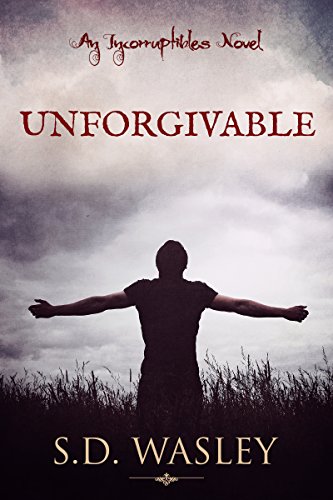 Six months since she lost her job. Six months since her bright future faded away. Six months since she saw something that still keeps her awake at night. Newspaper reporter Piper Pavlich was one of a handful of witnesses to the shocking events in Augur’s Well and she can’t shake the flashbacks. Evicted and jobless, Piper sets her sights on the backwater where it all happened. It’s time to get some answers. Who better than a journalist to dig out the truth? Surely it’s just a matter of asking the right questions. But all the clues lead to Leon Gauvreau, that mysterious, sexy man she saw just once ... who’s nowhere to be found. Unable to get the answers she seeks in Augur’s Well, Piper embarks on a hunt for the man who seems to be at the centre of it all. When she finds Leon, he’s not alone, and he’s not what she expected. Is this really the guy everyone has warned her about? She’s fascinated and falling for him fast―while an invisible, dark fate closes in around her. Piper’s about to find out what makes this man unforgivable.
Buy Kindle Version
Buy Paperback Version 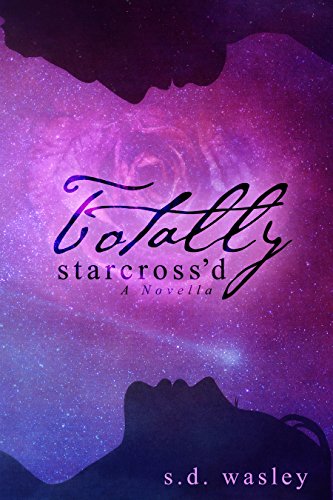 A modern day retelling of Shakespeare’s Romeo and Juliet. "Why does she have to be Romilly Montague? Any other name on the planet. She’d be just as pretty and cute and clever—just as perfect—but she wouldn’t be Romilly Montague. Then I’d have a chance with her.” Romilly longs for the freedom to live her own life ... but her dad is Alan Montague, hot contender for the job of Governor. And the bigger he gets, the more protective of Romilly her parents become. Could Julian Capulet’s luck be worse? As if being born into the most conservative family in Verona wasn't bad enough, the girl of his dreams is the daughter of his father's biggest adversary in the upcoming election. His embarrassing family—especially his troublemaking younger brother—seem set to totally ruin his chances with Romilly. For Romilly and Julian it’s never been truer that you can choose your friends but not your family. Will this story end in woe—or can there be a happily ever after for this modern-day Juliet and Romeo? A romantic novella from Amazon bestselling author of The Seventh and The Incorruptibles series, S.D. Wasley.
Buy Kindle Version
Buy Paperback Version 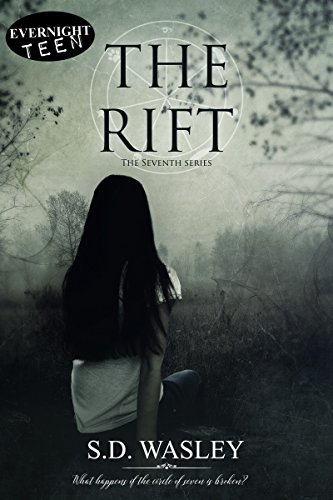 The Rift (The Seventh Book 2)

“I longed for normality. Even our own, off-the-wall brand of normality.” She’s finally got things together. Mimi’s dating a hot guy and has a place in the school’s Gifted Program with her awesome friends. Yes, she still attracts the dead. But there’s only one ghost these days, and he doesn’t seem to have an awful lot to say. Just when Mimi’s life is looking pretty good for the first time in years, the unthinkable happens ... one of the seven gifted teens is torn from their close-knit group. The unity of their circle shattered, things begin to go terribly wrong. It’s ruining their focus—and with the threat of the Astarion cult growing stronger each day, the gifted seven need all the focus they can muster. In The Seventh, Mimi found her place in a circle of seven extraordinary teenagers. In The Rift, she must face what happens when the circle of seven is broken.
Buy Kindle Version
Buy Paperback Version 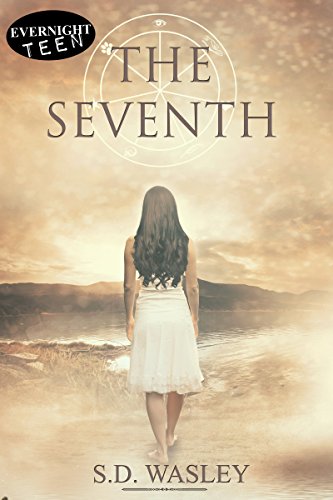 Sixteen year old Mimi Alston has company. No less than three ghosts follow her around, and only she can see them. At her last school, she was known as the girl with imaginary friends. Now Mimi’s starting fresh in a new town, where she’s determined to make some real friends and fit in for once. She’s ready for a normal life...except Mimi never counted on her fascination with troubled goth-boy, Drew. When she’s invited to join the elite Gifted Program, Mimi discovers she’s not the only one at the school with an unusual talent. Maybe being normal isn’t even an option anymore.
Buy Kindle Version
Buy Paperback Version 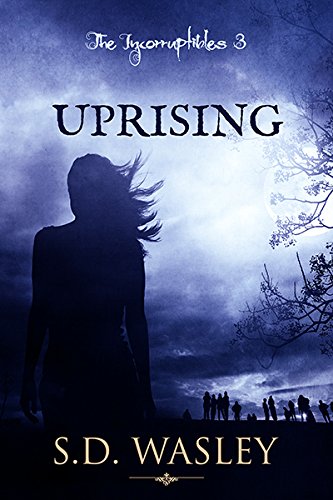 Seduction. Temptation. Corruption. An unthinkable betrayal ... Frankie's father is back in town, on a mission to salvage his career - and his credibility. No matter how hard Cain tries to protect her, Frankie is not safe from Don Carver's ruthless pursuit of glory. An unavoidable rescue puts Frankie at risk of exposure and triggers a chain of events that neither she nor Cain could have predicted. A secret community ... a centuries old prophecy ... a leadership role she's not sure she wants. Frankie is trapped in a web of conflict and corruption, and her time is running out. Uprising is book 3 in the new adult paranormal romance series, The Incorruptibles, by Amazon Bestselling author S.D. Wasley.
Buy Kindle Version 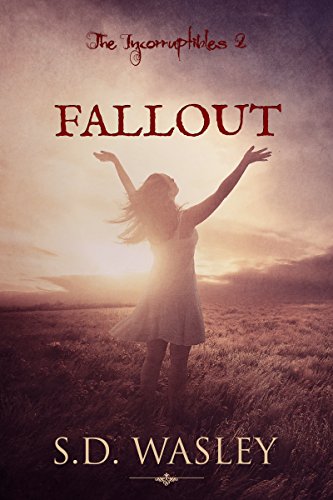 Even when love seems unbreakable, it can still be battered, distorted--damaged beyond repair. There's only one thing Frankie yearns for these days, and that's to share the gift that makes Cain so extraordinary. But no matter how inferior she feels, she's determined to help the man she loves with his secret rescue work, hoping that one day she will access a higher power of her own. The one thing she knows for sure is that nothing will ever come between her and Cain again. Then a stranger arrives in their midst, disrupting the solid loyalties in Cain's group. This man has the very thing Frankie needs to unlock her powers, but the price is higher than she could have dreamed. Can Frankie and Cain's love survive the fallout? Fallout is book 2 in the new adult paranormal romance series, The Incorruptibles, by Amazon Bestselling author S.D. Wasley. Downfall - Book 1: Available now. Fallout - Book 2: Available now. Uprising - Book 3: Available now.
Buy Kindle Version
Buy Paperback Version 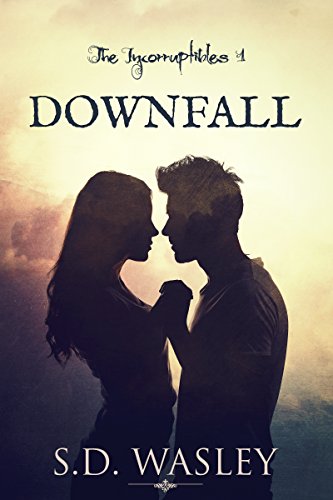 Frankie's cousin wants her to do three things this year ... 1. Lose her inhibitions 2. Do something spectacularly stupid 3. Fall madly in love Travelling was Frankie's life. As the daughter of a big-name evangelist, she's been able to feed her hunger for new sights throughout most of her teenage years. Then a hushed-up scandal gets her thrown off the tour circuit and stuck at her uncle's house in the small Australian town of Augur's Well. Forced to repeat her failed senior year, it looks like a dismal existence for Frankie--until she's invited to the bizarre meeting place of four mismatched people ... and falls hard for the fascinating, secretive Cain Aleister. Furtive meetings in an underground chamber ... Latin words carved into a stone wall ... intense desire ... and a secret so elusive she'll do almost anything to bust it open. Until now, Frankie never believed in grand passions--but that's not the only one of her beliefs about to implode right before her eyes. Looks like Frankie's going to score three for three. Downfall is book 1 in the new adult paranormal romance series, The Incorruptibles, by Amazon Bestselling author S.D. Wasley. Downfall - Book 1: Available now. Fallout - Book 2: Available now. Uprising - Book 3: Available now.
Buy Kindle Version
Buy Paperback Version
Scroll to top