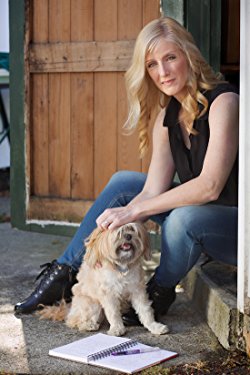 Sandi Wallace is an award-winning Australian crime writer. She writes gritty rural crime and psychological thrillers.
Her debut rural crime thriller TELL ME WHY won the 2015 Davitt Award Readers’ Choice and was also shortlisted for the 2015 Davitt Award Best Debut.
In April 2017, the next instalment in her Harvey & Franklin series DEAD AGAIN was released, and B. Michael Radburn, author of THE FALLS said: 'Sandi Wallace has mastered rural crime,' while Jaye Ford, author of DARKEST PLACE dubbed it: 'A gripping twist on the bushfire threat all Australians live with.'
Sandi has won several prizes in the Scarlet Stiletto Awards for her short crime stories, and her articles and short fiction have been published regularly. She is one of the contributing authors of the anthology WRITING THE DREAM (November 2016), and is currently at work on the next book in her series and a standalone psychological thriller.
Sandi lives in the beautiful Dandenong Ranges with her husband and furry family. 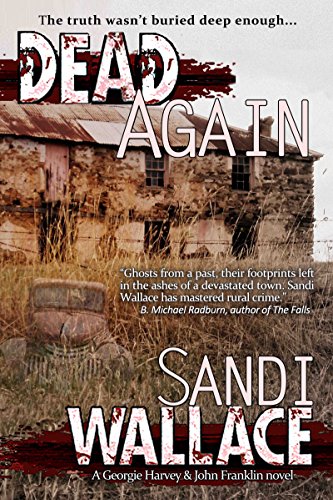 It is almost two years since wildfires ravaged the tiny town of Bullock, and Melbourne journalist, Georgie Harvey, is on assignment in the recovering town to write a feature story on the anniversary of the tragedy. In nearby Daylesford, police officer, John Franklin, is investigating a spree of vandalism and burglaries, while champing to trade his uniform for the plain clothes of a detective. When Georgie’s story and Franklin’s cases collide, she not only finds herself back in conflict with the man she’s been trying to forget since their first encounter, but she uncovers the truth about how the fires started – a truth no-one is wanting to believe.
Buy Kindle Version
Buy Paperback Version 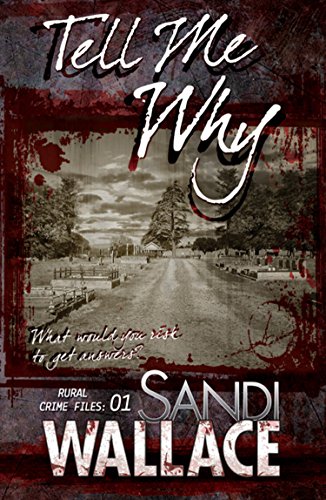 Picturesque Daylesford has a darker side. Melbourne writer Georgie Harvey heads to the mineral springs region of central Victoria to look for a missing farmer. There she uncovers links between the woman's disappearance and her dangerous preoccupation with the unsolved mystery surrounding her husband. Maverick cop and solo dad John Franklin is working a case that's a step up from Daylesford's usual soft crime; a poison-pen writer whose targets are single mothers. Georgie's investigation stirs up long buried secrets and she attracts enemies. When she reports the missing person to the local cops, sparks fly between her and Franklin. Does he dismiss the writer too quickly? A country cop, city writer, retired farmer and poison-pen stalker all want answers. What will they risk to get them? What will be the ultimate cost?
Buy Kindle Version
Scroll to top