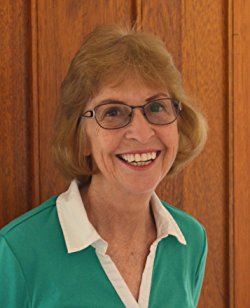 Sandy Curtis lives on Queensland’s Central Coast, not far from the beach where she loves to walk and mull over the intricate plots in her novels. Her husband says he doesn’t know how she keeps it all in her head, and her friends think she must be far more devious than she appears.

Actually, after having dealt with the chaos involved in rearing three children, dogs, cats, guinea pigs, and a kookaburra (teaching it to fly was murder), creating complex characters, fast-paced action and edge-of-your-seat suspense is a breeze for Sandy.

At fourteen she wrote a story about a pickpocket who steals a wallet from an off-duty cop. To make sure her details were authentic, she wrote to Police Headquarters asking them about fingerprints. Her mother received a phone call wanting confirmation the query was genuine, and as Sandy hadn’t told her about the letter (or the story), she nearly had a heart attack thinking her daughter was in trouble with the law.

Sandy’s query resulted in an invitation to tour Police Headquarters with her teacher and several schoolfriends and meet the Police Commissioner. That’s when she learned that although the pen might be mightier than the sword, it does nothing to imbue self-confidence in an extremely nervous fourteen-year-old who had to shake the hand of Queensland’s top cop.
“All my pocket money and birthday money went on purchasing books,” Sandy says. “I devoured them. My aunt and uncle used to let me borrow their Saturday Evening Post (American version) and Reader’s Digest. In one Saturday Evening Post I read a story called “The Answer” by Philip Wylie, about a nuclear explosion which kills an angel and the Defence Force’s efforts to prove it was ‘really an alien being’. I was so impressed with the story I decided that one day I would become a story-teller like Philip Wylie.”
Interviewers often ask Sandy to describe her normal writing day. “Normal is when the chaos in my life subsides to frantic rather than frenzied. I once told a friend that I must have a chaos attractor glued on my forehead and she said that creativity hovers on the edge of chaos, to which I replied that I’d long ago fallen off the edge into the middle.”
Her various occupations, from private secretary to assistant to a Bore Licensing Inspector, as well as hitch-hiking around New Zealand and learning to parachute, have given Sandy lots of people and research skills. It’s the paperwork going feral in her office she has trouble with. 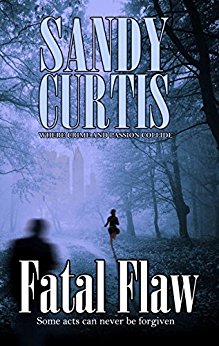 A city in danger. Thousands will die. What would you sacrifice to save them? Operative Mark Talbert's father is murdered, the agency he works for has him hunting terrorists, and the only connection is the father of Julie Evans, the woman he loves. Julie's father has placed her in the hands of a terrorist determined to unleash horror on an unprepared city. She needs someone she can depend on, but can she trust the man she loves? People are dying; people who seem to have nothing in common, until Mark discovers his father's involvement in a decades-old crime. A killer is taking a calculated revenge that threatens Mark, Julie, and Julie's son. Meanwhile the terrorists are making their final move.
Buy Kindle Version 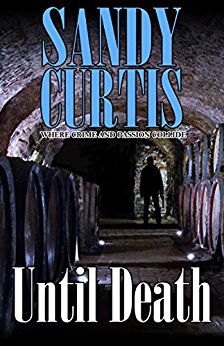 Is she a killer? Libby Daniels wakes from a drug-induced sleep to see two men crouched over her mother's battered body. Already in shock, she flees when overhearing the men say, 'Libby killed her'. His past will put them both in danger ... Conor Martin can't ignore the woman who takes refuge on his doorstep. He's been alone too long, hiding too long, afraid too long, not to recognise her desperation ... and her need for love. Trust is hard to give ... until past and present collide in a violent attack that forces them to confront their enemies ... and their deepest fears.
Buy Kindle Version
Buy Paperback Version 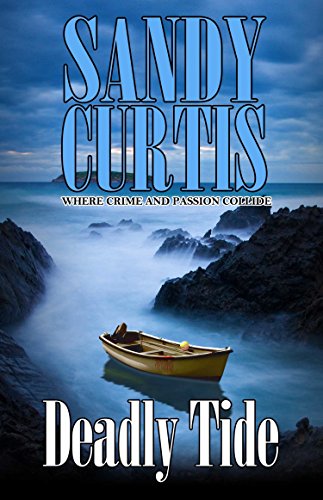 Her father is accused of murder ... Samantha Bretton takes over as skipper of her father's fishing trawler, the Sea Mistress, determined to clear his name. His job is to find out the truth ... Brisbane cop Chayse Jarrett, guilt-ridden by the death of a young woman on his last assignment, goes undercover on the vessel, and soon realises that Samantha is hiding something. Secrets that could implicate her father in more than murder. Secrets that Chayse becomes reluctant to uncover. Are friends really what they seem ... The case takes a sinister turn and Samantha is forced to relive the horrors of her past. In a night as deadly and unpredictable as the ocean that threatens his life, Chayse finds new allies, but now faces danger from old and bitter foes. Before that night has ended, even enemies will discover that things are not always as they seem ... In Deadly Tide, the truth proves to be a destructive force ...
Buy Kindle Version
Buy Paperback Version 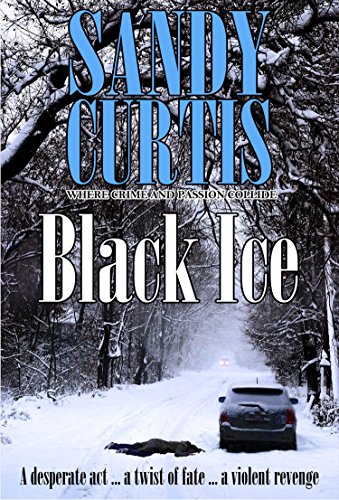 She fears the unknown ... Artist Kirri Smith is haunted by the memory loss she suffered in New Orleans, and fears what it may hide. He has the answer to her past ... When American Daniel Brand walks into Kirri's art gallery on Queensland's Sunshine Coast, their encounter results in a startling revelation - one which will have tragic outcomes for Kirri's family. The present holds dangers they could never imagine ... A past act of deception has created killers who will do anything to achieve their goal. Kirri and Daniel are flung into a nightmare of suspicion and lies when the killers' plan takes a terrifying new twist ... In Black Ice, obsession and lies threaten a second chance at love.
Buy Kindle Version 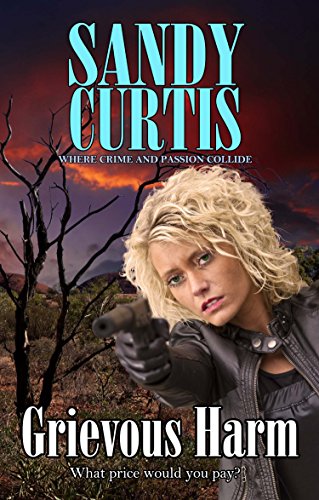 When a child is in danger, every second counts. In Sydney, Australia, The Loving Hand church understands how children can be a commodity more precious than gold. When Kate Maclaren flies in from Los Angeles, desperate to find her missing niece, she opens a door into this world, and uncovers a network of corruption and cruelty that stretches across the country. Agent John Corey, torn by long-buried guilt and harbouring secrets he must not reveal, joins forces with Kate to expose the sinister cult before more children disappear. He will risk everything, even defying orders, to help Kate uncover the truth, and keep her safe. But, when their journey into Australia's Outback reveals the psychopath at the centre of the network, it is Kate who discovers she will doing anything for the people she loves.
Buy Kindle Version 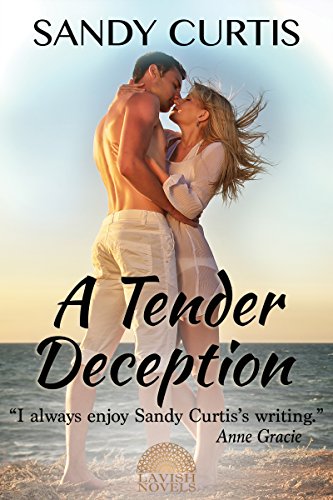 When she opens the door of her beach house and a man falls, unconscious, into her arms, Emma Richmond thinks he has survived an accident at sea. But she soon discovers his wounds are bullet wounds, and finds it hard to believe his explanation for them. Nick Marshall - dynamic, enterprising, a driven man whose private life is exactly that - is a man with secrets. Emma, struggling with the guilt caused by the death of her estranged husband, a man whose abuse and infidelities failed to break her spirit, is shocked by the desire Nick stirs within her. The last thing she needs is the compelling attraction she feels for this man, who, although he tries to control his physical desire for her, is adamant he will leave as soon as his wounds heal. Secrets. Lies. Can love conquer their terrible legacy?
Buy Kindle Version 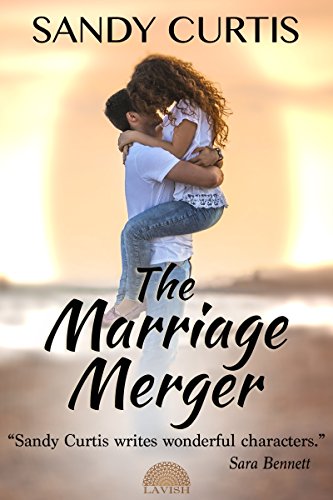 She’s expecting a holiday. He wants a solution. Jenna Martin knows a great body when she sees one. After all, bodies are her business. And Braden Fleetwood has the sexiest body she’s seen in a long time. But one disastrous love affair was enough. She doesn’t need to fall for someone like him. Braden has always been in control, building up his business empire, protecting his sister, taking pride in his strong-minded niece; but now he is frustrated beyond measure, helpless to restore the shattered lives of the only people he has allowed himself to love. What he doesn’t want is the woman he needs. Can they both learn that healing isn’t always physical?
Buy Kindle Version
Buy Paperback Version 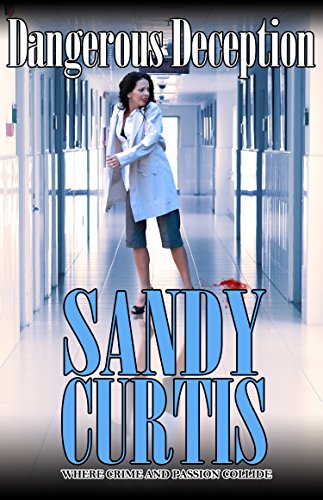 Some secrets are worth dying to protect ... Professor John Raymond lies paralysed and unable to speak. His colleague, brilliant young medical researcher Breeanna Montgomery, is attacked by a shotgun-wielding stranger. Before the night is over, the man is killed, and Breeanna is fleeing from someone even more ruthless ... and deadly. Have those secrets already cost a life? Rogan McKay's search for his missing brother forces him into a dangerous act of deception as the trail leads him to Breanna. When he confronts her, a shocking chain of events reveals her family's dark secrets. One man's dream is another's nightmare ... Nothing Rogan discovers about this woman will be as astounding as the truth behind the experiment Professor Raymond was trying to hide ... In Dangerous Deception, survival depends on accepting who you are meant to be.
Buy Kindle Version 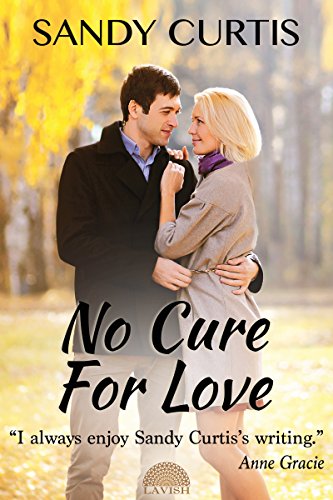 No Cure for Love

He’s back in her life. But she can’t let him back in her heart. It’s taken eleven years for Lani Campbell to build a new life and find peace. Peace that is shattered when Luke Tarrant walks back into her life. Once he’d loved her. Once he’d vowed vengeance on her family. With time had come understanding and acceptance. But when Luke sees Lani again, eleven long years are stripped away and his heart tells him his love has never died, only been denied. Bewildered by Lani’s reaction to him, Luke searches for answers to the pain and fear he appears to have brought into her life. When they are forced to share an isolated hut in the rugged Queensland bush, passion re-ignites a flame that has never been extinguished, but will love give Lani the strength to conquer the traumas of her past?
Buy Kindle Version 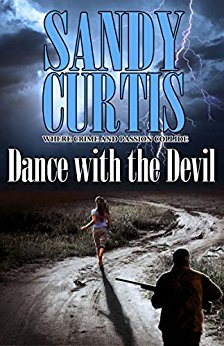 Dance with the Devil

A destructive force ... As Emma Randall prepares to bury one man, another enters her life with the force of the cyclone gathering around them. A man fighting for his life ... Drew Jarrett, his feet and hands torn by nail wounds, stumbles onto Emma's isolated farm, with no clue to the identity of the man who has tried to kill him. Within days the killer strikes again. An attraction that can't be denied ... Emma fights to deny her feelings for Drew, but the growing danger surrounding her and this mysterious stranger creates an intimacy between them she could never have imagined. As Emma and Drew join forces to find the killer, he holds hostage the most innocent life of all. In Dance with the Devil, menace and love meet in a story as suspenseful as it is passionate.
Buy Kindle Version
Scroll to top