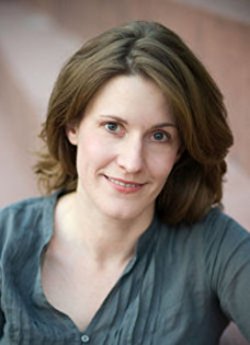 Sara Creasy grew up in a tumbling-down Victorian house in the Midlands, UK, where she tapped out her first stories on a tiny blue typewriter. After moving to southeastern Australia as a teenager, her love of all things fantastical hooked her on science fiction. Then she grew up -- but she still plays with words. Marriage to an American (author M.C. Planck) resulted in a second intercontinental move, and she lived in Arizona for five years. She now lives in Melbourne, Australia, with her husband and daughter.
She writes SF adventure stories with a touch of romance. Song of Scarabaeus (2010) was nominated for the 2010 Philip K. Dick Award and the 2010 Aurealis Award for Best SF Novel. The sequel is Children of Scarabaeus (2011). 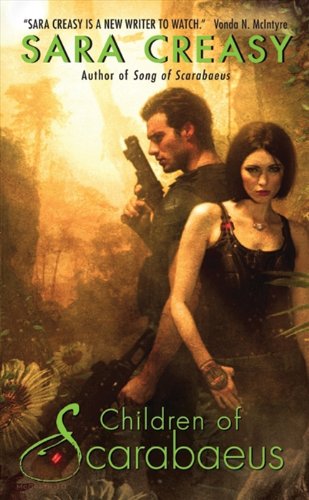 Sara Creasy burst onto the sf scene with Song of Scarabaeus—prompting Publishers Weekly to praise her as, “a significant new talent,” and her novel as, “a brilliantly conceived debut,” in a starred rave review. With Children of Scarabaeus she returns us to her boldly imagined universe for another ingenious blending of rich characterization, breathtaking science fiction adventure, fascinating speculation, and engrossing romance in the vein of Linnea Sinclair and Ann Aguirre. Children of Scarabaeus cements Creasy’s reputation as one of sf’s most exciting new practitioners—as cypherteck Edie Sha’nim and her bodyguard lover Finn uncover an insidious scheme by the tyrannical Crib empire that involves the enslavement of children and the destruction of worlds.
Buy Kindle Version
Buy Paperback Version 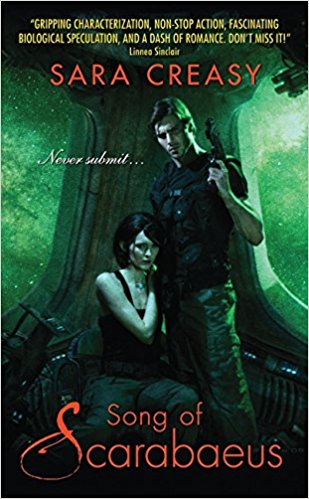 Trained since childhood in advanced biocyph seed technology by the all-powerful Crib empire, Edie's mission is to terraform alien worlds while her masters bleed the outlawed Fringe populations dry. When renegade mercenaries kidnap Edie, she's not entirely sure it's a bad thing... until they leash her to a bodyguard, Finn -- a former freedom fighter-turned-slave, beaten down but never broken. If Edie strays from Finn's side, he dies. If she doesn't cooperate, the pirates will kill them both. But Edie's abilities far surpass anything her enemies imagine. And now, with Finn as her only ally as the merciless Crib closes in, she'll have to prove it or die on the site of her only failure... a world called Scarabaeus.
Buy Kindle Version
Buy Paperback Version
Scroll to top