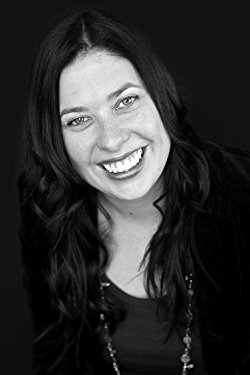 I cannot remember my life without books. I spent my childhood throwing sticks with Winnie the Pooh, eating marmalade sandwiches with Paddington Bear, on adventures with the Secret Seven, climbing the Faraway Tree with Moonface and Silky, and hiding from the Twits and the BFG. Later, I explored school: mostly Malory Towers and St Clare’s, but with an extended sojourn to Sweet Valley High! I soon realised how far books (and imagination) could take me – from the revelations in Judy Blume’s Are You There, God, it’s Me, Margaret, to the nuclear aftermath of Brother in the Land by Robert Swindell. I found How the Whale Became by Ted Hughes, the Sue Barton series, and Gerald Durrell’s stories. I wanted to be the fifth sister in Louisa May Alcott’s novels, and I loved Bernard Ashley’s books so much that I wrote to him (and he kindly replied).
Gradually, I moved on to the Brontes, Jane Austen and Daphne du Maurier, while in my studies I encountered everyone from Shakespeare and Virginia Woolf to Alice Walker and Tony Harrison. Then I travelled and began working life while devouring books by Amy Tan, Isabelle Allende, Stephen King, Helen Fielding, Marian Keyes, Nicci French, Harlan Coben, Jodi Picoult, Toni Morrison, Maya Angelou and Carol Shields, among many, many others.
All the time I was reading, I was also writing. Working in the fiction department of HarperCollins UK, and then as a freelance book editor, meant I came into contact with some literary greats, but it also reminded me that I didn’t just want to be on the publishing side of the business, I wanted to write. Knowing how hard it was to make it, I kept my ambitions secret for a long time, but I wrote relentlessly, which eventually led to that wonderful moment in 2008 when I got my first writing contract with Random House Australia.
I still feel a childish excitement whenever I pick up a new book – I can’t wait for the thrill of discovery. Reading enriches my life, and cushions my lows. And I try to write novels that I’d like to read, about issues and emotions I feel drawn to examine. Writing is an incredible occupation: it allows me to reflect in private, and also to converse with people all over the world. Storytelling can be immensely challenging, but it is even more rewarding.
I live in beautiful Western Australia with my husband, our two young daughters, and one chilled-out cat. And no matter how hard I try, I will never get through my ‘want to read’ list in one lifetime. However, I’m still going to give it a damn good go, because I cannot imagine my life without books. 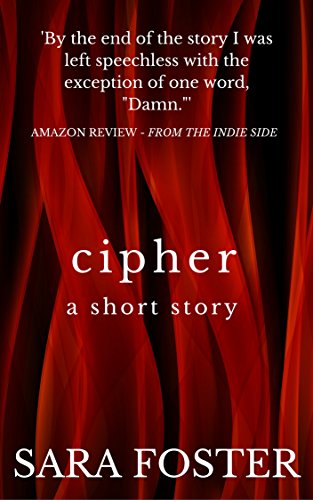 When Beatrice leaves her family behind to visit her father, she never imagines she might not see them again. But then a bomb goes off close to home, and Beatrice must rely on a stranger's help to find out what happened - and whether or not her husband and children have survived.
Buy Kindle Version 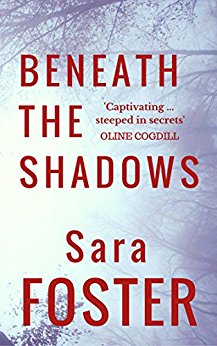 When Grace's husband, Adam, inherits an isolated North Yorkshire cottage, they leave the bustle of London behind to try a new life. A week later, Adam vanishes without a trace, leaving their baby daughter, Millie, in her stroller on the doorstep. The following year, Grace returns to the tiny village on the untamed heath. Everyone―the police, her parents, even her best friend and younger sister―is convinced that Adam left her. But Grace, unable to let go of her memories of their love and life together, cannot accept this explanation. She is desperate for answers, but the slumbering, deeply superstitious hamlet is unwilling to give up its secrets. As Grace hunts through forgotten corners of the cottage searching for clues, and digs deeper into the lives of the locals, strange dreams begin to haunt her. Are the villagers hiding something, or is she becoming increasingly paranoid? Only as snowfall threatens to cut her and Millie off from the rest of the world does Grace make a terrible discovery. She has been looking in the wrong place for answers all along, and she and her daughter will be in terrible danger if she cannot get them away in time.
Buy Kindle Version
Buy Paperback Version
Buy Hardback Version 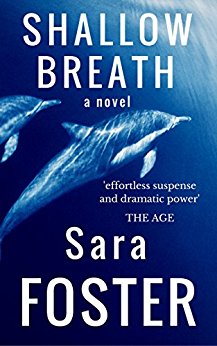 Two years ago, Desi Priest made a horrific mistake and destroyed her family. Now, she is coming home to make amends: to her daughter, Maya, who's nurturing her own dangerous plan; to her brother, Jackson, who blames himself; and to her close friend, Pete, who has spent years shielding her from a devastating truth. But as Desi returns to her beloved house by the ocean, there is a stranger waiting for her. Someone who needs her help. Someone whose arrival will reveal a chain of secrets hidden for over twenty years. And one by one the family will be forced to confront the possibility that they have somehow got things terribly, tragically wrong … Set across five continents, Shallow Breath is a compelling novel of dashed dreams and second chances. But most of all it is a story about love, and what it really means to be free.
Buy Kindle Version 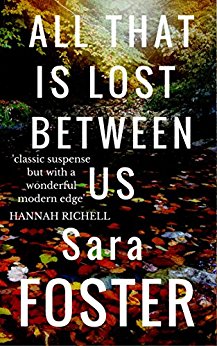 All That is Lost Between Us

Seventeen-year-old Georgia has a secret – one that is isolating her from everyone she loves. She is desperate to tell her best friend, but Sophia is ignoring her, and she doesn’t know why. Before she can find out, Sophia is left fighting for her life after a hit and run, with Georgia a traumatised witness. As a school psychologist, Georgia’s mother Anya should be used to dealing with scared adolescents. However, it’s very different when the girl who needs help is your own child. Meanwhile, Georgia’s father is wracked with a guilt he can’t share; and when Zac, Georgia’s younger brother, stumbles on an unlikely truth, the family relationships really begin to unravel. Georgia’s secret is about to go viral. And yet, it will be the stranger heading for the family home who will leave her running through the countryside into terrible danger. Can the Turner family rise above the lies they have told to betray or protect one another, in order to fight for what matters most of all? Set against the stark, rugged beauty of England’s Lake District, All That is Lost Between Us is a timeless thriller with a modern twist.
Buy Kindle Version 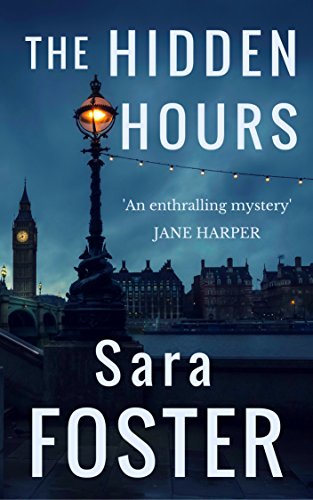 Keeping her secret may save her family. But telling it may save her life. Arabella Lane, senior executive at a children's publisher, is found dead in the Thames on a frosty winter's morning after the office Christmas party. No one is sure whether she jumped or was pushed. The one person who may know the truth is the newest employee at Parker & Lane - the office temp, Eleanor. Eleanor has travelled to London to escape the repercussions of her traumatic childhood in outback Australia, but now tragedy seems to follow her wherever she goes. To her horror, she has no memory of the crucial hours leading up to Arabella's death - memory that will either incriminate or absolve her. As Eleanor desperately tries to remember her missing hours and uncover the events of that fateful night, her own extended family is dragged further into the dark, terrifying terrain of blame, suspicion and guilt. Caught in a crossfire of accusations, Eleanor fears she can't even trust herself, let alone the people around her. And soon, she'll find herself in a race against time to find out just what happened that night - and discover just how deadly some secrets can be.
Buy Kindle Version 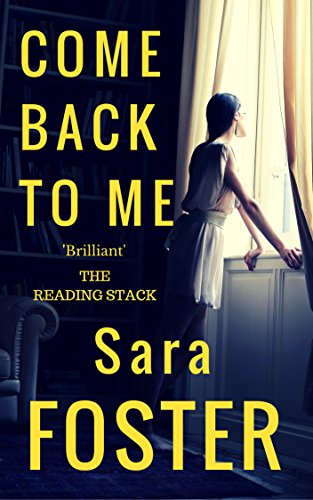 Come Back to Me

When Mark introduces his date, Julia, to Chloe and her husband at a London restaurant, it's obvious something is wrong. Alex and Julia pretend not to know each other, but the shocked expressions on their faces tell another story. As the mystery of Julia's identity unravels, a terrible tragedy from ten years ago gradually comes to light. While Chloe struggles with a secret of her own, Alex has to decide whether he should take Julia back to Australia to try to lay the past to rest, when doing so will risk all he has with the wife he loves. And Julia must decide whether to finally confront Alex with the whole truth about what happened back then.
Buy Kindle Version
Scroll to top