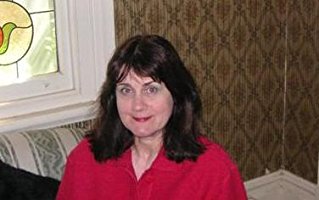 Sara Mackenzie has long had an interest in the paranormal, and it seems appropriate that she should live in an old house with a resident ghost. When she's not writing she spends time reading or watching movies and trying to keep up with the housework. She also pens historical romance for Avon Books as Sara Bennett. 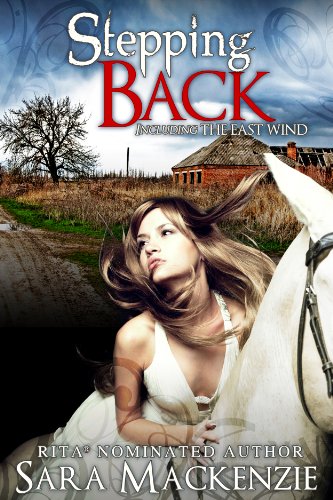 Two stories by Sara Mackenzie, author of the Immortal Warriors paranormal romance series. Stepping Back is about a woman who finds herself stepping back in time when drought reveals an old house previously covered by the waters of a reservoir. The East Wind is the tale of a ghostly sailor who rides the east wind in search of his love. Both stories were previous published.
Buy Kindle Version 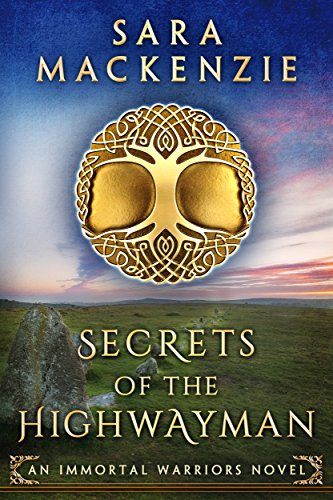 Secrets of the Highwayman: An Immortal Warriors Novel

1814 Cornwall, England Nathaniel Raven, a gentleman highwayman known as The Raven, is both reckless and hot headed. When his friend murders him in an act of betrayal, Nathaniel’s infamous memory passes into time, and his life is left unfinished. Present day, Cornwall … Melanie Jones, a solicitor from London, has arrived at Ravenswood to sort out the estate. But instead of the simple, restful job she expected, she is confronted by a handsome ghost. The Raven has been brought back to life by the Sorceress, the ruler of the between-worlds, and with Melanie’s help he must resolve the secrets from the night he died. Melanie and Nathaniel soon discover a burning, unstoppable desire in each other’s arms. Can they defeat the lethal danger that is threatening to destroy them and find a future together?
Buy Kindle Version
Buy Paperback Version
Buy Hardback Version 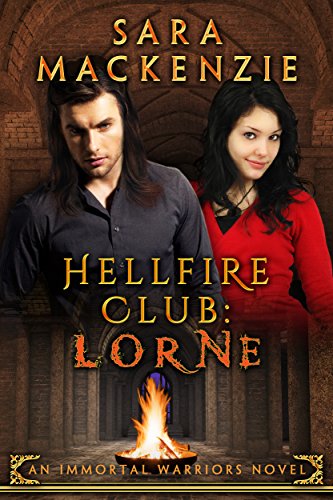 1808, Blackfriars Abbey, England The handsome 4th Marquis of Lorne has not been remembered kindly by history. Bored, privileged and selfish, he and his two friends, Darlington and Sutcliffe, founded a Hellfire Club, and unleased a demon into the mortal world. As punishment, they are put into a deep sleep by the Sorceress, the ruler of the between-worlds. 200 years later … Lorne, awoken from his sleep by archaeologist Professor Maggie McNab, is now a changed man. With Maggie’s help, he must recapture the demon and make reparation for his past crimes. But the ‘wicked marquis’ is unlike anyone Maggie has ever encountered, and as she joins him in his quest, they discover an irresistible, blazing mutual attraction. Can they survive what is to come with their love intact?
Buy Kindle Version
Buy Paperback Version 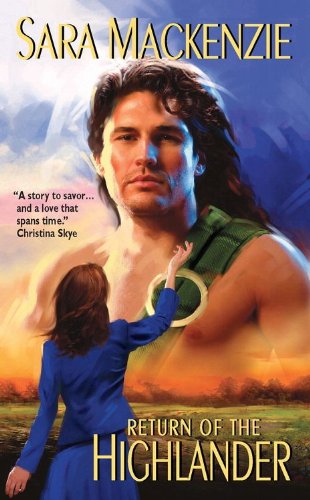 Return of the Highlander (The Immortal Warriors)

What is this world he has awoken into—where metal "monsters" roar down smooth stone paths and people parade in unfamiliar costumes? Where is the home that once stood on this pile of ancient rubble? And who is this woman who sees him when no one else can . . . and who stirs the fire in his soul? Her research into the legend of a notorious 18th-century Highland chieftan has brought Arabella Ryan to Scotland's storm-swept Loch Fasail. And now the Black Maclean himself has invaded her dreams. The sensuous caress of her mysterious "ghost lover" is no mere fantasy, lifting Bella to heights of ecstasy she never imagined existed. But fate has a reason for bringing them together across the centuries—a perilous mission that could change history as it tests the power of their desire and their love.
Buy Kindle Version
Buy Paperback Version
Buy Hardback Version 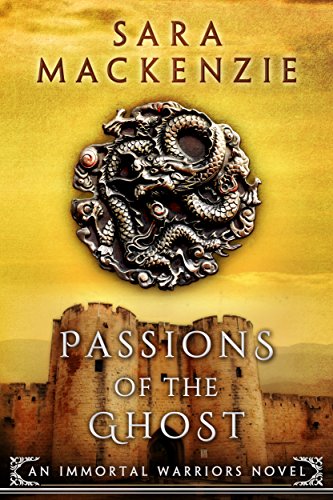 Passions of the Ghost: An Immortal Warriors Novel

An Immortal Warrior: one given the power to make right what once went wrong … in a time not his own. 13th Century, Welsh Marches Lord Reynald de Mortimer was once the ruler of the borderlands, powerful and feared. Known as ‘the Ghost’ because of his white-blond hair and pale grey eyes, the reason for his death was a mystery. Why didn’t he keep his word that fateful day? Ever since then he has been blamed for the chaos that followed his passing. Present day, Reynald’s Castle … Amy Fairweather is currently a guest at Reynald’s castle in Wales—now a posh hotel—because her unscrupulous brother needs a favour. Then she meets Reynald, awoken from his sleep by the Sorceress, ruler of the between-worlds. Amy finds herself caught up in the ensuing magic and mayhem, and suddenly all of her worldly experience counts for nothing. She is falling in love with a man who was born seven hundred years ago. And to have any chance of a future together, Amy and Reynald must fight the threatening shadows from his past. Book 3 in the Immortal Warriors series, following Return of the Highlander and Passions of the Ghost.
Buy Kindle Version
Buy Paperback Version
Buy Hardback Version
Scroll to top