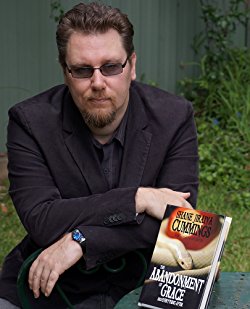 Shane Jiraiya Cummings has been acknowledged as "one of Australia's leading voices in dark fantasy". Shane is the author of the forthcoming Yokai Wars series (Circle of Tears, Clockwork Legion, and Blight of the Underworld) and the dark fiction books The Abandonment of Grace and Everything After, Shards, the Apocrypha Sequence (Deviance, Divinity, Insanity, and Inferno), and the Ravenous Gods cycle (Requiem for the Burning God and Dreams of Destruction). He has won the Australian Shadows Award and two Ditmar Awards, and he has been nominated for more than twenty other major awards, including Spain's Premios Ignotus.

Shane is an Active Member of the Horror Writers Association and former Vice President of the Australian Horror Writers Association. When he is not writing, Shane is an editor and journalist by day. By night (and on weekends), he can be found indulging in hobbies such as playing the guitar, photography, sword fighting, and testing the limits of his cruiser motorcycle.

In his youth, Shane was trained in the deadly arts of the ninja, and the name Jiraiya (lit. "Young Thunder", after the legendary ninja Jiraiya) was bestowed upon him by his sensei.

Shane was born and raised in Sydney, Australia. He lived for many years in Perth, Western Australia, and Wellington, New Zealand, but he has returned to his old home town to revisit the ghosts of his past. 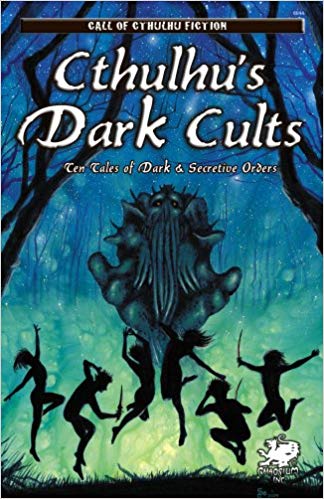 Ten Tales of Dark & Secretive Orders: Lovecraft envisioned a world in which humanity is ignorant of cosmic realities. When the bleak truth is revealed, it terrifies us, for it offers no hope of our salvation. Cultists are the gatekeepers to this knowledge. Their aim is to keep secret the existence of their gods by any means possible, and to free their gods from their slumbering prisons thus bringing about humanity s final downfall. Cthulhu s Dark Cults provides keyhole-glimpses into these secret orders, all irredeemable and hell-bent for humanity s demise.
Buy Kindle Version 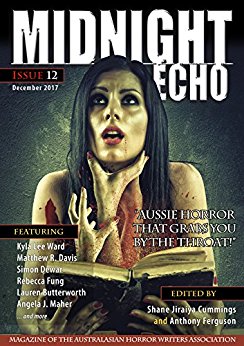 Midnight Echo is the magazine of the Australasian Horror Writers Association. Issue #12 features over 50,000 words of the finest horror from Australia and New Zealand, including fiction and non-fiction. This issue showcases the winners of the 2015 and 2016 AHWA Short Story and Flash Fiction Competitions.
Buy Kindle Version 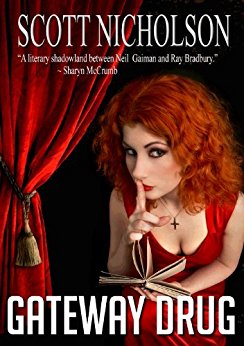 After the first hit, there's no turning back. Ten tales of murder, mayhem, madness, and dark magic from a #1 bestselling author. A man finds that fast cars and fast women don't mix. An artist uses very special tools to convey his passion. A rebellious teen will make any sacrifice for rock stardom. A mother finds a new role in a post-apocalyptic world. Gateway Drug. It leads to more dangerous things. Features "Hounds of Love, "Sung Li," and other tales from the pages of Cemetery Dance, The Book of All Flesh, and more, along with the afterword "One Sick Puppy." Bonus contributions from British horror master Tim Lebbon and mult-award-winning Australian dark fantasy writer Shane Jiraiya Cummings. DRM-free. ------------- Scott Nicholson is author of 13 novels, including The Red Church, Disintegration, As I Die Lying, Speed Dating with the Dead, Forever Never Ends, Drummer Boy, and The Skull Ring, as well as the novellas Transparent Lovers, Crime Beat, and Burial to Follow. His collections include Curtains, Ashes, Flowers, The First, Murdermouth: Zombie Bits, and Head Cases. He's also created the children's book If I Were Your Monster and the comics Dirt and Grave Conditions.
Buy Kindle Version
Scroll to top