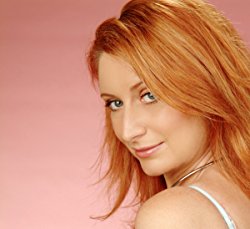 Sharon Ann Rowland was born in Southampton, England, and immigrated to Australia with her family in 1982. She found the transition between the two countries overwhelming and found herself turning to literature and writing to escape the harsh realities of adjusting to a new country and its people.
Sharon has been dreaming about the heroine of her books, Samantha Everett, as well as the other characters since she was thirteen years old, the same time she made her transition to Australia. She has kept a series of dream journals by her bed to record all of her Crystal Channelers activities, adventures, physical attributes and mental musings.
Sharon had a successful career within the IT industry as a Business/Process Analyst and Training Manager which spanned two decades, working for a number of Australia's top 500 companies. In 2008, when her health prompted her to take time out from consulting, she decided it was time to stop talking about writing her novels and to actually do it.
Three years on, Sharon is still joyfully unemployed, with three completed novels to her name, all reflecting her love of her adopted country, Australia.
She lives with her husband, two daughters, and two cats (Chester and Tigga) in Brisbane, Queensland. 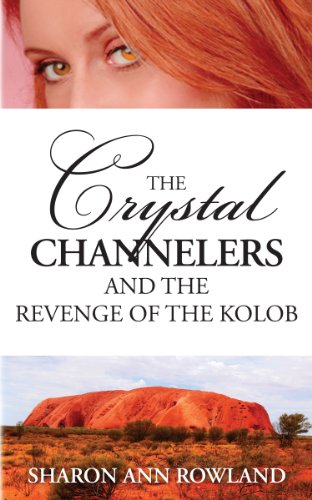 The Crystal Channelers and the Revenge of the Kolob

In the third installment of The Crystal Channelers book series, our favourite Australians, who have been reincarnating since the dawn of time, are at odds with one another, and their solar systems at war. The epidemic continues to rage throughout the American, Malayan and Ethiopian worlds and the Kopavi Court have ordered Earths reformation. As banished Kopavi Elders Janna and Akuma return to Sahasrara from exile, the Crystal Channelers find themselves divided and in the middle of an attack by the Kolob and the infamous Killios Army. Will the Crystal Channelers unite to save the Earth from reformation? As races clash, romances rage, and the Lord of the Overworld himself rises, THE CRYSTAL CHANNELERS AND THE REVENGE OF THE KOLOB presents unprecedented obstacles for our heroes, who are called upon to recognise their true purpose in the universe. In the end, however, only one among them has the power to resolve the conflict and bring order to chaos.
Buy Kindle Version
Buy Paperback Version 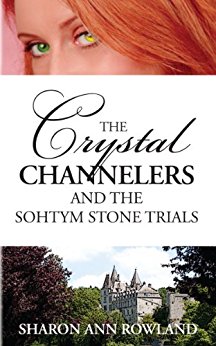 The Crystal Channelers and the Sohtym Stone Trials

In the second installment of The Crystal Channelers, Sharon Ann Rowland’s wildly inventive, thought-provoking new science fiction fantasy series, the alluring heroine Sam Everett and her fellow Crystal Channelers Varnin, York, Peter, Maggie, and Doc leave Earth for the home worlds of their birth, returning to their original families and to their people as Gods. It is now 2021 on Earth, 56091 on Sahasrara, and the Crystal Channelers are adjusting to their roles and responsibilities within their kingdoms, not to mention the new relationships they have forged. The Kopavi Court sends its Herald to call them to their Sohtym Stone quest, a crystal that will enhance their gifts and knowledge allowing them to defend their people in the Arena’s on Sahasrara and beyond. As the plot unfolds, a deadly but familiar epidemic threatens to contaminate the American, Malayan and Ethiopian worlds. Can the Crystal Channelers save the infected races from extinction? Is the fabled Crown Stone their saving grace? And who are the Tsayadim? With the return of the ever bold, always beloved characters from the debut novel, and the emergence of absorbing new Crystal Channelers and Kopavi Elders, THE CRYSTAL CHANNELERS AND THE SOHTYM STONE TRIALS finds our heroes amped up for new adventures, new romance, and brave new worlds.
Buy Kindle Version
Buy Paperback Version 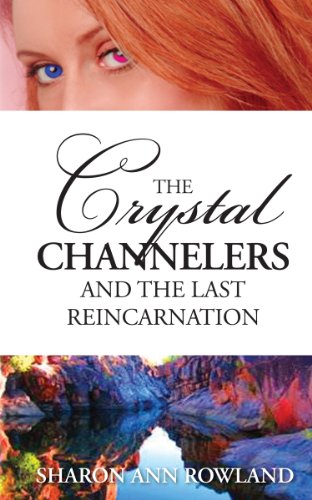 The Crystal Channelers and the Last Reincarnation

There comes a time on Earth for all life to be renewed, and for past truths to be known. In THE CRYSTAL CHANNELERS, Sharon Ann Rowland’s wildly inventive, thought-provoking new science-fiction fantasy series, the time when all is revealed is 2018. And the place for age-old truths to shine forth is the majestic, yet unrelenting terrain of Australia. Following the lives of six seemingly normal Australians, this globetrotting, time-travelling set of books is certain to rivet anyone who relishes richly drawn characters, unrestrained imagination, abundant humour, and a dash of romance. Book 1, THE CRYSTAL CHANNELERS AND THE LAST REINCARNATION, introduces the six main characters of the series. These include the heroine Sam Everett, a beautiful forty-year-old psychiatrist with Queensland Health; Varnin Alemanni, a rugged twenty-seven-year-old cattle property owner from Longreach; Peter Sabar, a perpetually randy young medical student from Sydney; Maggie Edwards, a nurturing Alice Springs publican; York Long, a promiscuous police superintendent from Margaret River; and Doc Abysinnia, the mysterious aboriginal doctor who brings the six together and into their new roles as Crystal Channelers. Their ordinary lives disappear when the Earth is dealt a lethal blow from an unknown enemy, and all humans of mixed blood are wiped from the face of the planet. As they rebuild their lives and learn to love and trust one another, they must look to the past to forge a new, more tolerant future. In their dreams, each is able to inhabit a previous life, not always within the race and culture that they are now a part of in 2018. Sam recalls her past life as Deirdre in Ireland (967 AD) and France (1945), Maggie as Guanyin in China (1100 AD), Varnin as Heracles in Crete (1264 AD), York as Thunder Helper in the Americas (1800 AD), while Peter conjures his life as Hang Tuah in Malaysia (Fifteenth Century). Every good story must have a villain, and THE CRYSTAL CHANNELERS AND THE LAST REINCARNATION has many, including Hunter, Varnin’s twin brother; Kreug, the twin’s evil father; Billie, Varnin’s estranged wife; Father Brian and the Brothers of the Carbrook Community Christian Church; and Devon and his Mountain Men. As each of the Crystal Channelers taps into his or her primordial identity through the power of their crystals, they must embrace their new gifts, honour the Crystal Law, and adapt. Action-packed with nuanced characters and surprising twists of plot, THE CRYSTAL CHANNELERS AND THE LAST REINCARNATION is certain to enthrall anyone who has a wanderlust for faraway places and long-ago times – and the equalising power of friendship and love.
Buy Kindle Version
Buy Paperback Version
Scroll to top