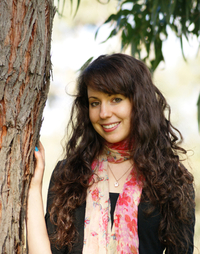 Skye Melki-Wegner is an Arts/ Law (Hons) graduate from Melbourne, Australia. She is the author of YA fantasy books such as the Chasing the Valley trilogy, The Hush and the Agent Nomad series. 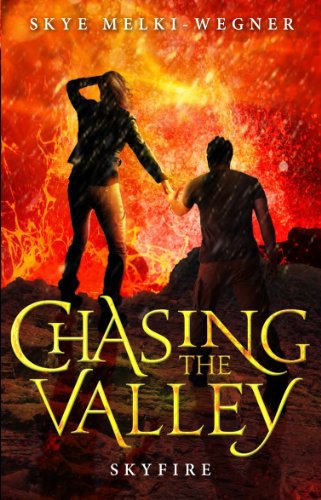 What if you achieve everything you've dreamed of - and it turns into a nightmare? Danika and her crew of refugees finally reach the Magnetic Valley. Will it be the safe refuge and land of freedom they had imagined? When a runaway girl is shot down before their eyes, Danika and her friends realise that this new land is no paradise. They must try to fit in at all costs - even if revealing their secrets will mean a death sentence. The conclusion to the Chasing the Valley trilogy will reveal explosive surprises and terrifying new dangers. THE CHASING THE VALLEY SERIES: BOOK 1: CHASING THE VALLEY BOOK 2: BORDERLANDS BOOK 3: SKYFIRE PRAISE FOR SKYFIRE: 'I absolutely adore the Chasing The Valley series, it's an incredible fantasy dystopian fusion series that is not only engaging, but simply magical . . . I don't often completely and utterly fall in love with any book, not to mention an entire series, but Chasing The Valley is not only worthy, but it's simply phenomenal.' divabooknerd.com 'Wow, what an incredible conclusion. Honestly, Skyfire was everything I'd hoped it would be and more . . . Much more action, many more unpredictable twists, great character development and the perfect amount of feels. Get yourselves a copy, people. ASAP.' lookingforthepanacea.blogspot.com.au 'I have loved the Chasing the Valley series, an edge of the seat fantasy dystopian adventure . . . Each book in the series has been a ripping adventure with excellent pacing that never lets you go for a minute.' sallyfromoz.wordpress.com
Buy Kindle Version 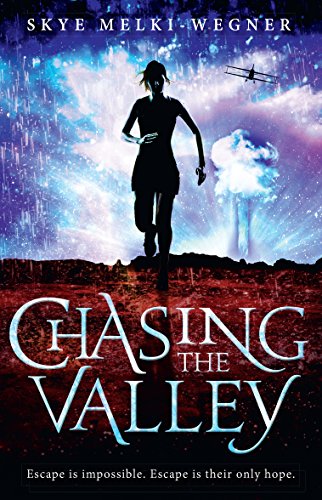 Set in a land where magic can be terrifying, Chasing the Valley combines the friendship and camaraderie of Ranger's Apprentice with the hardship and survival of The Hunger Games - with spectacular results. Danika is used to struggling for survival. But when the tyrannous king launches an attack to punish her city - echoing the alchemy bombs that killed Danika's family - she risks her life in a daring escape over the city's walls. Danika joins a crew of desperate refugees who seek the Magnetic Valley, a legendary safe haven. But when she accidentally destroys a palace biplane, Danika Glynn becomes the most wanted fugitive in Taladia. Pursued by the king's vicious hunters and betrayed by false allies, Danika also grapples with her burgeoning magical abilities. And when she meets the mysterious Lukas, she must balance her feelings against her crew's safety. Chasing the Valley is the first book in an epic trilogy of magic, treachery and survival. THE CHASING THE VALLEY SERIES: BOOK 1: CHASING THE VALLEY BOOK 2: BORDERLANDS BOOK 3: SKYFIRE PRAISE FOR CHASING THE VALLEY: 'The drama starts on the first page and doesn't let up. Great fun.' The Age 'A compelling adventure fantasy . . . this book promises a world of alchemy and emerging proclivities that will add spice to an already tense storyline.' Reading Time 'Unpredictable and exciting, keeping the reader enchanted and wanting to hear more of this struggle for freedom and justice.' readplus.com.au
Buy Kindle Version
Buy Paperback Version 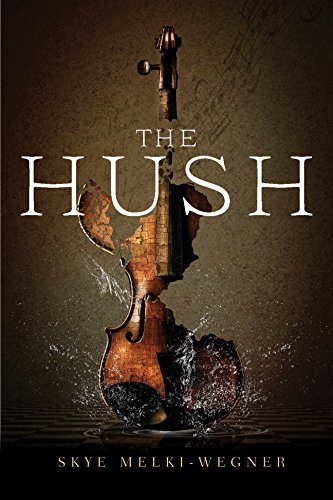 Chester has taken to the road, traveling from village to village desperately searching for his father, who has disappeared. One night while fiddling to earn a few coins, he accidentally connects to the Song—the music that fuels every aspect of the world, and that it’s illegal for him to interact with. He’s caught and sentenced to death for his crime. Only a licensed Songshaper can bend music to his will. But someone in the crowd—a member of the infamous Nightfall Gang—stages a daring rescue and whisks Chester into the Hush, a shadowy nightmare mirror-world where Music can be deadly and Echoes can kill. Susanna, the Captain of the Nightfall Gang has been watching Chester. She needs him to pull off an elaborate plan that will take down the governing body that keeps her an outlaw and made her the fragment she is. Susanna needs him to exact her revenge, even if he dies doing it. Combining complex stakes, shifting loyalties, nods to fairy tales, and a Western feel, The Hush is a lush and exhilarating fantasy perfect for fans of Catherine Fisher’s Incarceron and Paolo Bacigalupi’s Ship Breaker.
Buy Kindle Version
Buy Paperback Version
Buy Hardback Version
Scroll to top