Born in Indonesia of French parents, Sophie Masson was sent to live with her paternal grandmother in Toulouse, France, when she was just a baby and lived there till she was nearly five, when her parents came back from Indonesia and took her to Australia. All the rest of her childhood, the family stayed in Australia, with frequent trips back to France, and this dual heritage underpins a good deal of Sophie's work.
Sophie's first book appeared in 1990 and since then she has published more than sixty novels, mainly for children and young adults, but with several for adults as well. her books have been published in Australia, the USA, UK, France, Germany, Italy, and many other countries. She has also had many short stories and articles published in newspapers, magazines, and online journals. She is a regular contributor to the writing blog Writer Unboxed(www.writerunboxed.com)
Sophie Masson lives in the high, cool New England tableland area of Northern New South Wales, Australia, with her husband. She has three grown-up children and one little grandson. She holds a BA and M.Litt in French and English literature, and is on the Board of the Australian Society of Authors, the New England Writers' Centre, and the committee of the New England and North West sub-branch of the Children's Book Council of NSW.
Sophie's website is at www.sophiemasson.org
She has a writing blog at www.firebirdfeathers.com 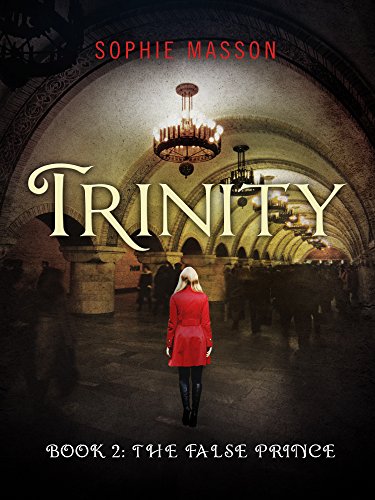 Truth is the first casualty of war. Over a year has passed since the events that changed Helen's life forever. With Maxim and her other friends, she is fighting to uphold the legacy entrusted to her, but struggles with the weight of memory, the stress of trying to keep Trinity afloat, and the continuing manipulations of the company's enemies. Meanwhile, in a remote coastal settlement in southern Mexico, a young fisherman is made an offer he can't refuse. This triggers a chain of events which will completely transform the struggle for Helen's ownership of Trinity and the secrets of the Koldun code. The False Prince is the second book in the Trinity series by Sophie Masson, which began with The Koldun Code.
Buy Kindle Version
Buy Paperback Version 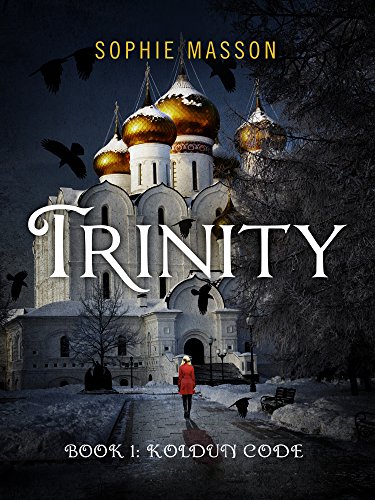 I am in a world deeply strange and strangely deep, a world as different from my old life as it's possible to be, and it feels completely natural. An unexpected encounter with a handsome stranger in a Russian wood changes the life of 22-year-old traveler Helen Clement forever, catapulting her into a high-stakes world of passion, danger, and mystery. Tested in ways she could never have imagined, she must keep her own integrity in a world where dark forces threaten and ruthlessness and betrayal haunt every day. Set against a rising tide of magic and the paranormal in a modern Russia where the terrifying past continually leaks into the turbulent present, Trinity: The Koldun Code is a unique and gripping blend of conspiracy thriller, erotically charged romance and elements of the supernatural, laced with a murderous dose of company politics. With its roots deep in the fertile soil of Russian myth, legend, and history, it is also a fascinating glimpse into an extraordinary, distinctive country and amazingly rich culture. The Koldun Code is the first book in the Trinity series by Sophie Masson.
Buy Kindle Version
Buy Paperback Version
Scroll to top