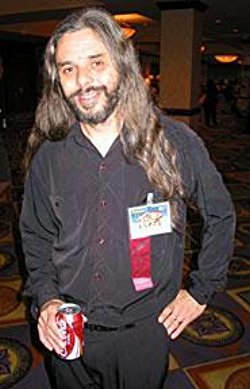 Where to begin? I grew up (though many would dispute this) on the outer limits of Perth's metropolitan area, far enough from a good library that I had to make up my own sf and horror stories. I continued to do this when I should have been studying, and after false starts at two other universities, received a B.A. in Creative Writing and Film in 1984. Since then, I've held too many boring jobs and a few interesting ones, including actor, tutor, experimental subject, editorial assistant for Australian Physicist magazine, education officer and used dinosaur salesman for the WA Museum, and the manager and co-owner of a science fiction bookshop. I've been writing for fun for more than forty years, and for money for more than thirty; I sold my first short story in 1977, and my first novel in 1995.I returned to post-graduate studies, received a PhD in Creative Writing in 2008, and have been teaching writing to undergraduates since 2003. 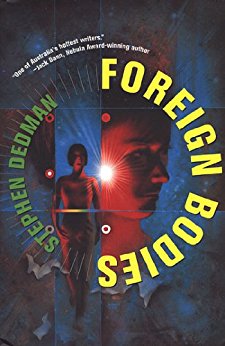 When Mike Galloway, a regular sort of guy for San Francisco, 2014, descends into the nightmare world of poverty and joblessness, he finds he must face more than starvation and homelessness. He's now at the mercy of a deadly world of political intrigue...from the future. He awakens to find his mind has been slipped into the body of a homeless woman, his body taken over by a man from the future, and nothing can ever be the same. Now, to survive, he must combat neo-Nazi forces from the future who are desperate to mold the world to fit their own twisted vision. Galloway might not have thought the world perfect as it was, but these men will stop at nothing to make it a living hell for everyone but their chosen few. At the Publisher's request, this title is being sold without Digital Rights Management Software (DRM) applied.
Buy Kindle Version
Buy Paperback Version
Buy Hardback Version 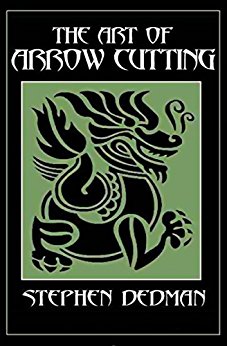 The Art of Arrow Cutting

It started simple enough. A tempting woman with a trifle of a problem needed a bus ticket. Luckily, sometime photographer Michelangelo "Mage" Magistrale is there to help her out. In exchange for his kindness, she gives him the key to her apartment. However this key is about to unlock an adventure of a different kind. It is no ordinary key; it unlocks any door and leads those who seek it out of greed directly to Mage. The thought of power like that can drive mortals to extremes but the mortal world quickly becomes the least of Mage's problems. On the run and under constant attack by ninja assassins, Yakuza thugs, and the most fearsome and loathsome otherworldly creations Japanese mythology can muster, Mage's only hope is to conquer the key and its power. He must master the art of arrow cutting in order to unleash his own magical power before the forces of darkness force him into oblivion. In a place where all the doors lead to fantasy, mythology and a terrifying reality, where do you run?
Buy Kindle Version
Buy Paperback Version
Buy Hardback Version 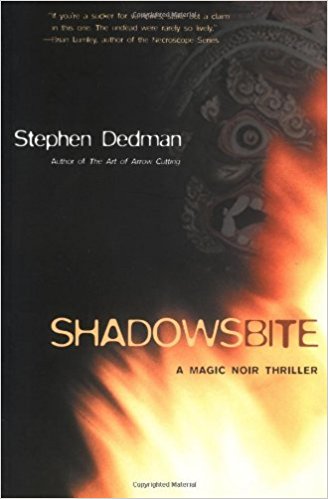 Hungry L.A. Women Something is amiss in Los Angeles. A body vanishes from the morgue. The errant son of L.A.'s most notorious necromancer has unleashed demons that not even his father can control. Women hungry for more than love are suddenly appearing among the vampire wannabes at the Crypt, a local goth cafe. And a yakuza boss has put a contract out on stuntman Charlie Takumo's friend Michelangelo "Mage" Magistrale, seeking vengeance--and a magical "key" that unlocks enormous power. The two friends' plight deepens when they're thrust into the middle of a series of mysterious nocturnal deaths that suddenly plague the City of Angels. Caught between professional assassins and ancient terrors that are undead and stalking the L.A. nightlife, they'll need all of Takumo's fighting skills--and Mage's magic--if they want to survive to see the dawn, because . . .
Buy Paperback Version
Buy Hardback Version 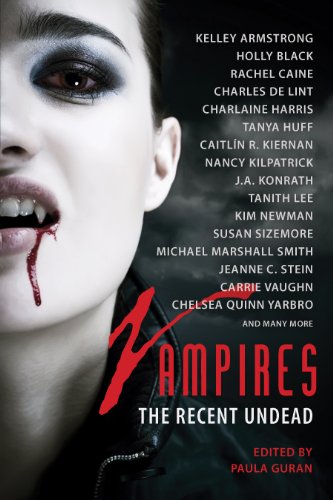 The undead are more alive today than ever. Immortal? Indeed! Nothing has sunk its teeth into twenty-first century popular culture as pervasively as the vampire. The fangsters have the freedom to fly across all genres and all mediums—there's even apps for vamps. Whether roaming into romance, haunting horror, sneaking into science fiction, capering into humor, meandering through mystery—no icon is more versatile than the vampire. Slake your insatiable thirst with the best sanguinary stories of the new millennium: terrifying or tender, deadly or delicious, bad-ass or beneficent, classic or cutting-edge.
Buy Kindle Version
Buy Paperback Version
Scroll to top