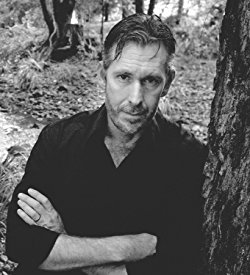 Stephen is an Australian author and filmmaker. His short films and short stories have won numerous competitions and awards around the world. His debut novel, The Dead Path, was published in many countries and was named top Horror title in the 2011 RUSA Reading List. His second novel, The Broken Ones, was released in Australia in mid-2011 to excellent reviews, including being named the Sydney Morning Herald's Pick of the Week.
Evidence from Stephen's childhood reveals he wanted to be an Egyptologist, a P-51 pilot, and Gigantor; instead he has worked as a handyman, drinks waiter, call centre operator, and illustrator. Now he makes stuff up for a living. He lives in Brisbane, Australia, with his wife, two young children, and very needy but well-loved black cat. 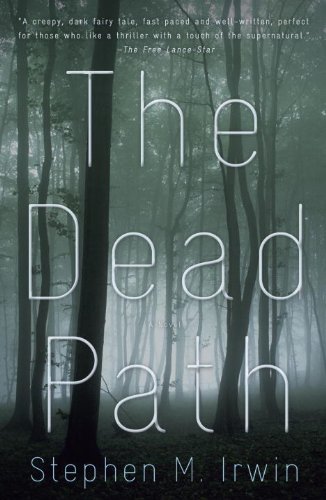 Do you remember the last time a book gave you the chills? The Dead Path is the ghost story we’ve been waiting for. A haunting vision in the woods sets off a series of tragic events, leaving Nicholas Close lost amid visions of ghosts trapped in their harrowing, final moments. These uniquely ter­rifying apparitions lead him on a thrilling and suspenseful ride to confront a wicked soul, and will leave an indelible mark on lovers of high-quality suspense and horror alike. Nicholas Close has always had an uncanny intuition, but after the death of his wife he becomes haunted, literally, by ghosts doomed to repeat their final violent moments in a chilling and endless loop. Torn by guilt and fearing for his sanity, Nicholas returns to his childhood home and is soon entangled in a dis­turbing series of disappearances and murders—both as a sus­pect and as the next victim of the malignant evil lurking in the heart of the woods. Stephen M. Irwin is the kind of debut author that readers love to discover—and rave about to all their friends. His electric use of language, stunning imagery, and suspenseful pacing are all on full display here. The Dead Path is a tour de force of wild imagination, taut suspense, and the creepiest, scariest setting since the sewers in Stephen King’s It.
Buy Kindle Version
Buy Paperback Version
Buy Hardback Version 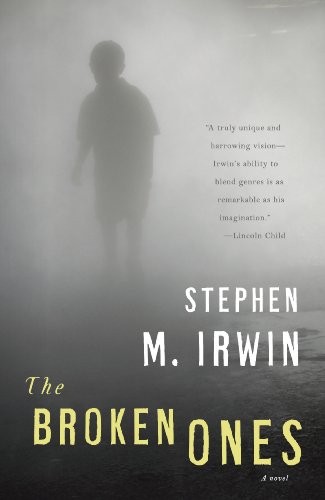 The Broken Ones: A Novel

In the near-future murder is still the same. Its who’s watching that’s different. The worldwide aftershock of what becomes known as "Gray Wednesday" is immediate and catastrophic, leaving governments barely functioning and economies devastated. Hollow-eyed apparitions appear, haunting their loved ones and others. But some things never change. When Detective Mariani discovers the grisly remains of an anonymous murder victim in the city sewage system, his investigation will pit him against a corrupt police department and a murky cabal conspiring for power in the new world order. Then there is the matter of the dead boy who haunts his every moment. . . .
Buy Kindle Version
Buy Paperback Version
Buy Hardback Version
Scroll to top