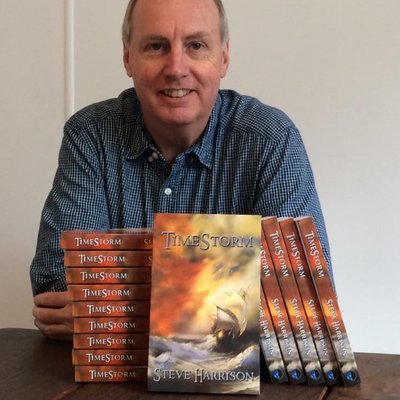 Steve Harrison was born in Yorkshire, England, grew up in Lancashire, migrated to New Zealand and eventually settled in Sydney, Australia, where he lives with his wife.

As he juggled careers in shipping, insurance, online gardening and the postal service, Steve wrote short stories, sports articles and a long running newspaper humour column called HARRISCOPE: a mix of ancient wisdom and modern nonsense. In recent years he has written a number of unproduced feature screenplays, although being unproduced was not the intention, and developed projects with producers in the US and UK. His script, Sox, was nominated for an Australian Writers’ Guild ‘Awgie’ Award ...more 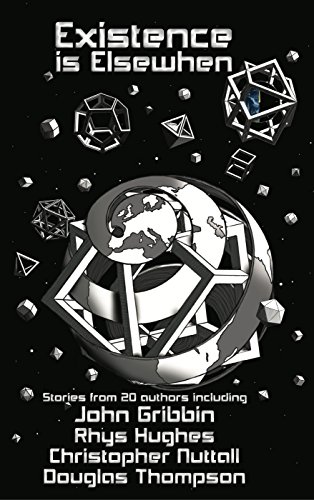 Twenty stories from twenty great writers. The title, Existence is Elsewhen, paraphrases the last sentence of André Breton’s 1924 Manifesto of Surrealism, perfectly summing up the intent behind this anthology of stories from a wonderful collection of authors. Different worlds… different times. It’s what Elsewhen Press has been about since we launched our first title in 2011. Here, we present twenty science fiction stories for you to enjoy. We are delighted that headlining this collection is the fantastic John Gribbin, with a worrying vision of medical research in the near future. Future global healthcare is the theme of J A Christy’s story; while the ultimate in spare part surgery is where Dave Weaver takes us. Edwin Hayward’s search for a renewable protein source turns out to be digital; and Tanya Reimer’s story with characters we think we know, gives us pause for thought about another food we take for granted. Evolution is examined too, with Andy McKell’s chilling tale of what states could become if genetics are used to drive policy. Similarly, Robin Moran’s story explores the societal impact of an undesirable evolutionary trend; while Douglas Thompson provides a truly surreal warning of an impending disaster that will reverse evolution, with dire consequences. On a lighter note, we have satire from Steve Harrison discovering who really owns the Earth (and why); and Ira Nayman, who uses the surreal alternative realities of his Transdimensional Authority series as the setting for a detective story mash-up of Agatha Christie and Dashiel Hammett. Pursuing the crime-solving theme, Peter Wolfe explores life, and death, on a space station; while Stefan Jackson follows a police investigation into some bizarre cold-blooded murders in a cyberpunk future. Going into the past, albeit an 1831 set in the alternate Britain of his Royal Sorceress series, Christopher Nuttall reports on an investigation into a girl with strange powers. Strange powers in the present-day is the theme for Tej Turner, who tells a poignant tale of how extra-sensory perception makes it easier for a husband to bear his dying wife’s last few days. Difficult decisions are the theme of Chloe Skye’s heart-rending story exploring personal sacrifice. Relationships aren’t always so close, as Susan Oke’s tale demonstrates, when sibling rivalry is taken to the limit. Relationships are the backdrop to Peter R. Ellis’s story where a spectacular mid-winter event on a newly-colonised distant planet involves a Madonna and Child. Coming right back to Earth and in what feels like an almost imminent future, Siobhan McVeigh tells a cautionary tale for anyone thinking of using technology to deflect the blame for their actions. Building on the remarkable setting of Pera from her LiGa series, and developing Pera’s legendary Book of Shadow, Sanem Ozdural spins the creation myth of the first light tree in a lyrical and poetic song. Also exploring language, the master of fantastika and absurdism, Rhys Hughes, extrapolates the way in which language changes over time, with an entertaining result. Contents: Inside and OutTM V.5 – From Here to ETERNITY by J.A. Christy In the bleak Long Winter by Peter R. Ellis Something to beef about by John Gribbin Earthsale by Steve Harrison Ambrosia by Edwin Hayward Jekking the Oofers by Rhys Hughes Luceria by Stefan Jackson Homo Sapiens Inferior by Andy McKell Face the Music by Siobhan McVeigh Degeneration by Robin Moran The Writer Did It! by Ira Nayman The Girl in Black by Christopher Nuttall Hide and Hunt by Susan Oke The Song of the Sky by Sanem Ozdural Forbidden Fruit by Tanya Reimer Precipitation by Chloe Skye Bird Brains by Douglas Thompson The Last Days by Tej Turner The Copy by Dave Weaver Murder in M-23 by Peter Wolfe
Buy Kindle Version
Buy Paperback Version 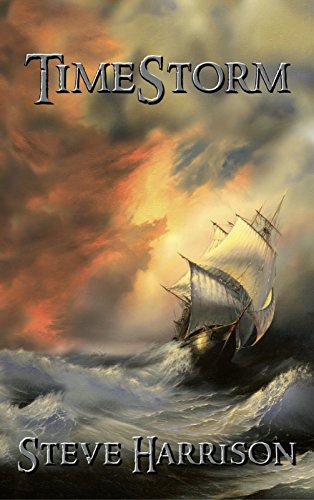 In 1795 a convict ship leaves England for New South Wales in Australia. Nearing its destination, it encounters a savage storm but, miraculously, their battered ship stays afloat and limps into Sydney Harbour. Here, the convicts rebel, overpower the crew and make their escape, destroying the ship in the process. Fleeing the sinking vessel with only the clothes on their backs, the survivors struggle ashore. Among the escaped convicts, seething resentments fuel an appetite for brutal revenge against their former captors while, for their part, the crew attempts to track down and kill or recapture the escapees. However, it soon becomes apparent that both convicts and crew have more to concern them than shipwreck and a ruthless fight for survival; they have arrived in Sydney in 2017. TimeStorm is a thrilling epic adventure story of revenge, survival and honour set in a strange new world of unfamiliar technology and equally unfathomable social norms. In the literary footsteps of Hornblower, comes Lieutenant Christopher 'Kit' Blaney, an old-fashioned hero, a man of honour, duty and principle, dragged into the 21st century… literally. A great fan of the grand seafaring adventure fiction of CS Forester, Patrick O’Brien and Alexander Kent, and modern action thriller writers such as Lee Child, Steve Harrison combines several genres in his debut novel. The book was inspired by a replica 18th century sailing ship on Sydney Harbour and a question from Steve’s brother, Tony: “What if that was a real convict ship?” TimeStorm explores that question in a fast-paced story as a group of desperate men from the 1700s clash in modern-day Sydney. TimeStorm was Highly Commended in the 2013 Jim Hamilton Award fantasy/science fiction category of the Fellowship of Australian Writers (FAW) National Literary Awards
Buy Kindle Version
Buy Paperback Version
Scroll to top