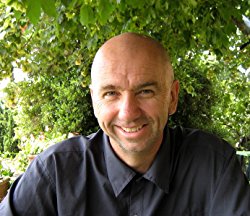 Steven Herrick is an Australian poet and author who has published twenty-two books for children and young adults. His books have twice won the NSW Premiers Literary Award (2000, 2005) and have been shortlisted eight times for Book of the Year in the Children's Book Council of Australia Book Awards.
He regularly tours throughout Australia, Asia and Europe performing his work in schools and at festivals.
in 2012, he published his first travel book, 'baguettes and bicycles: a cycling adventure across France.' This was followed by 'bordeaux and bicycles: a cycling journey along the canals of France'; 'bratwurst and bicycles: a cycling adventure along the Danube'; 'Cycling to Bohemia: from Brittany to Prague by bicycle'; 'Cycling North: from the French Mediterranean to Norway by bicycle,' and in 2017 'Cycling South: from The Highlands to the Islands.'
He is an avid football (soccer) fan and cyclist who lives in the Blue Mountains with his wife, Cathie. They have two adult sons, Jack and Joe. 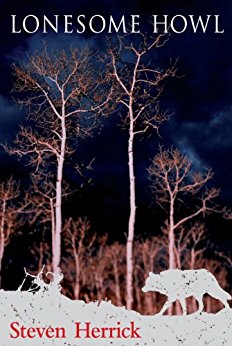 Jake's dad saw the wolf, before Jake was born. They say wolves don't live in this country, yet in the night Jake hears it howling, long and lonely. When Jake and Lucy hike to Sheldon Mountain in search of the wolf, Jake is out to prove his dad right or wrong; Lucy is escaping her father's cruelty. Both are tested - physically, emotionally, spiritually - but what they find on that dangerous, dark mountain surprises them both. Lonesome Howl is taut and tender; a gripping blend of physical adventure, family drama, love story and journey of self-discovery. Steven Herrick's new YA novel follows on the success of By the River and his other popular and award-winning books.
Buy Kindle Version
Buy Paperback Version
Scroll to top