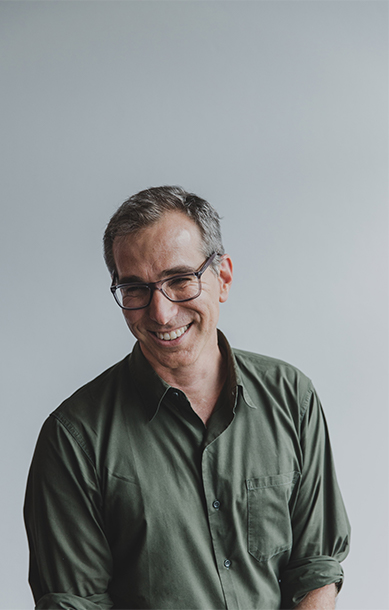 Steven Amsterdam was born in New York City and has worked as a map editor, producer’s assistant, and a pastry chef. Since 2003, he has lived in Melbourne, where he is a writer and palliative care nurse. His fiction and non-fiction has appeared in The Age, Conde Nast Traveller, Meanjin, The Monthly, Salon, Sleepers Almanac, and The Virginia Quarterly Review, as well as other journals and anthologies.
His debut novel, Things We Didn’t See Coming, won The Age Book of the Year in Australia and was longlisted for The Guardian First Book Award. His second book, What the Family Needed, was longlisted for the International IMPAC Prize and shortlisted for the Encore Award. His new novel is The Easy Way Out.
Steven has been a fellow at Varuna-The Writers House, a resident at Rosebank and the Booranga Writers Centre, and a recipient of a grant from the Australia Council. He has run workshops or seminars from Capetown to Edinburgh. And, thanks to the Italian publisher of What the Family Needed, he once appeared in Uomo Vogue. 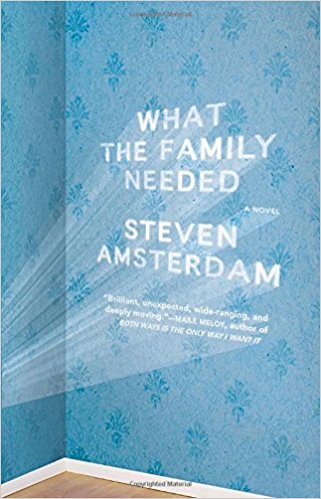 What the Family Needed: A Novel

In this incandescent novel, a family’s superpowers bestow not instant salvation but the miracle of accepting who they are. “Okay, tell me which you want,” Alek asks his cousin at the outset of What the Family Needed. “To be able to fly or to be invisible.” And soon Giordana, a teenager suffering the bitter fallout of her parents’ divorce, finds that she can, at will, become as invisible as she feels. Later, Alek’s mother, newly adrift in the disturbing awareness that all is not well with her younger son, can suddenly swim with Olympic endurance. Over three decades, in fact, each member of this gorgeously imagined extended family discovers, at a moment of crisis, that he or she possesses a supernatural power. But instead of crimes to fight and villains to vanquish, they confront inner demons, and their extraordinary abilities prove not to be magic weapons so much as expressions of their fears and longings as they struggle to come to terms with who they are and what fate deals them. As the years pass, their lives intersect and overlap in surprising and poignant ways, and they discover that the real magic lies not in their superpowers but in the very human and miraculous way they are able to accept, protect, and love one another.
Buy Kindle Version
Buy Paperback Version
Buy Hardback Version 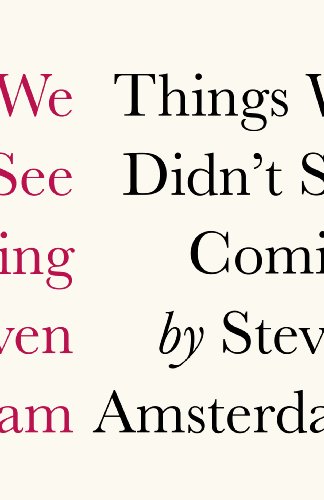 It's the anxious eve of the millennium. The car is packed tocapacity, and as midnight approaches, a family flees the city ina fit of panic and paranoid, conflicting emotions. The ensuing journey spans decades and offers asharpeyed perspective on a hardscrabble future, as a boyjettisons his family and all other ties in order to survive as ajourneyman in an uncertain landscape. By turns led by love,larceny, and a new sexual order, he must avoid capture andimprisonment, starvation, pandemic, and some particularlybad weather. In Things We Didn't See Coming, Steven Amsterdam links together nine luminous narratives through the mind of one peripatetic and resourceful wanderer who always hasone eye on the exit door and the other on a future that shiftsmore drastically and more often than anyone would like t oimagine. "I'll get fired.""No one will know.""Central will find out.""Anything named Central doesn't even know what you looklike. I do, and I'm watching you to see that you make the right decisionhere."He waved us through.
Buy Kindle Version
Buy Paperback Version
Buy Hardback Version
Scroll to top