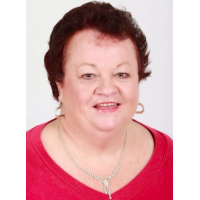 I am Suzi Love, an Australian author of historical romances set mainly in the late Regency and early Victorian eras, and ranging from sexy to erotic. With a bit of Australia thrown in.
I now live in a sunny part of Australia after spending many years in developing countries in the South Pacific. My greatest loves are traveling, anywhere and everywhere, meeting crazy characters, and visiting the Australian outback. I adore history, especially the many-layered society of the late Regency to early Victorian eras.
My titled heroes and heroines live a privileged life in and around London, but my stories also dig deeper into the grittier and seamier levels of British life. I love heroes and heroines who challenge traditional manners, morals, and occupations, either through necessity or desire.
I hope my romances bring history alive for you and that you have fun alongside my roguish heroes and feisty heroines. 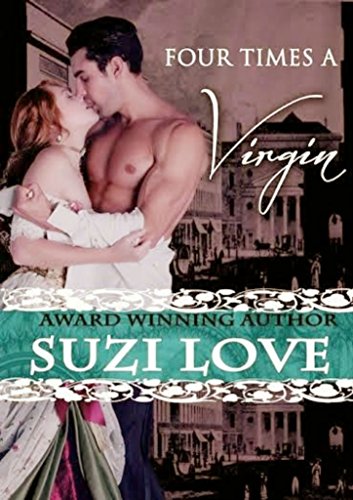 A Regency Noir, a darker historical romance set in London. When confronted by the self-assured Countess of Dorchester, the Duke of Stirkton is stunned to discover that this breathtakingly beautiful widow is the naïve girl he met years before at a country inn and has searched for ever since. The countess will do anything to prevent her younger sisters being forced into marriages as sordid as hers was, even if it means joining forces with the tormented duke and revealing the horrors of their intertwined pasts. Though Max is desperate to make amends to Carina for his late grandfather's wrongs, they realize that a fresh torrent of evil might be unleashed. Can they expose their enemies, yet keep their loved ones safe? Because only then will they feel free to be together.
Buy Kindle Version
Buy Paperback Version 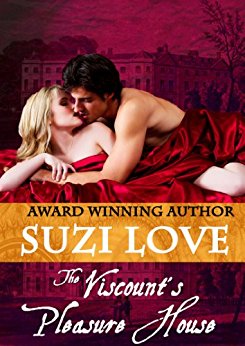 Lady Chrissie Wellsby and her two country friends research dozens of rogues before selecting the notorious Viscount Hawkesbury, owner of London’s most exclusive and expensive brothel, to educate them in erotic seduction. The ladies abandon respectability and coerce Justin Tremayne into letting them visit The Pleasure House and to teaching them the sensual tricks mistresses and prostitutes use to entertain men. Though Justin believes three naive ladies will see the debauched romps in his themed rooms, cover their eyes and ears, and run back to their sheltered lives, he underestimates the desperation of abandoned women who imagine a wider knowledge of sex will keep the men in their lives at home, in their own beds. But despite watching several of their friends, men and women, perform raunchy acts at his brothel, the ladies insist on participating in the last of Justin’s infamous Sultan’s galas, held in numerous silk tents and outdoor bathing areas on his estate. Justin concedes to Chrissie’s demands only to gain information about his long-lost mother and sisters, but the world-weary viscount falls head over heels in love with his emotionally bruised pupil. He yearns for a wife, children, and an uncomplicated wife, but can he convinced Chrissie to take a chance and marry again? Because Justin never wants to leave her bed.
Buy Kindle Version
Buy Paperback Version 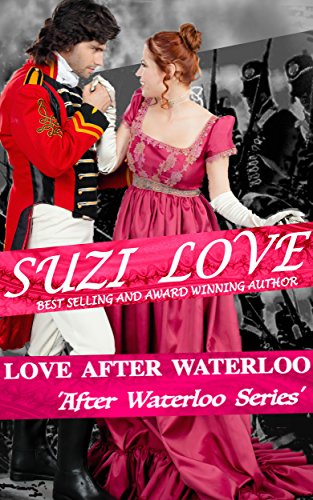 When Lady Melton and her son, Daniel, are forced to join antagonistic Captain Belling and the last group of wounded British soldiers evacuating Waterloo and traveling back to London, she expects clashes with army deserters, both French and British. What she doesn’t anticipate is how much she and her son will need the belligerent Captain after they reach London. Can they build a life together despite his wounds and her dead husband's family?
Buy Kindle Version 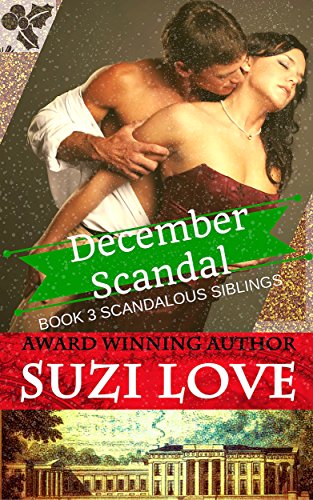 The Jamison family joins the Duke of Sherwyn and the St. Martin clan at the duke’s country estate, but the guest numbers double when stranded travelers seek refuge after early December snowfalls make roads impassable. Michael Brandon travels to introduce the woman he loves, and her daughter, to his family, but a missing bridge delays their journey. To their shock, horror, and yet profound relief, Michael’s missing brother is carried into the house by the four men who rescued him from captivity. Frederick battles to stay alive long enough to convict his kidnappers, and to warn his family of future danger. Four years ago, Melissa called herself a widow to protect her daughter. When she reveals the truth to her past lover, and her present love, will the men forgive her deceit? And can Frederick convince his brother to protect Melissa and Freda, or will Michael walk away?
Buy Kindle Version 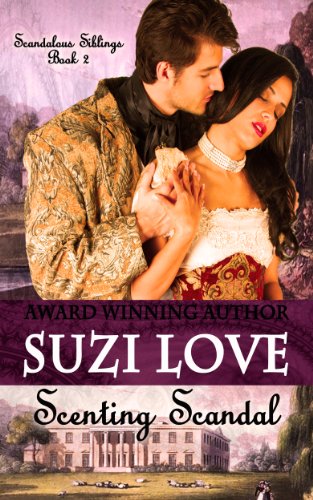 Lady Laura Jamison uses her extraordinary olfactory senses to sniff out her perfect match, a husband who fits all her scientific criteria. But after she evades an assassin's bullets, twice, while attending her sister's wedding, she is forced to accept the protection of their family friend, and her nemesis, the Earl of Winchester. Richard evades marriage with someone as beautiful and intelligent as Laura, fearing she'll uncover his shameful childhood secret. The mismatched pair risks their wealth and reputations racing around London's seedier areas in a desperate attempt to stop a madwoman before she recruits more criminals and rebuilds her illegal share trading syndicate. When they accept each other's strengths and weakness, will Laura and Richard also discover a passion neither counted on?
Buy Kindle Version
Buy Paperback Version 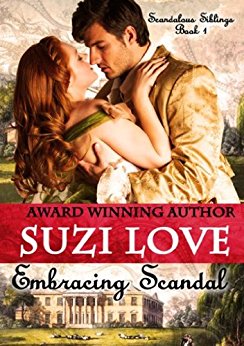 After Lady Rebecca Jamison, a mathematical genius, saves her family from financial ruin by secretly investing in railway stocks on the London stock exchange, a greedy syndicate, desperate for Becca's calculations and predictions, murders her friend and threatens the Jamison family, forcing Becca to beg assistance from her childhood friend, Cayle St. Martin. The newly titled Duke of Sherwyn has returned to London after five years on the continent extending his family's shipping interests. He's shunned his privileged London life and his father's unbending attitudes, and becomes committed to employing the spying tactics he learned on the continent to help Becca indict the syndicate - and using his skills as a lover to seduce her into his bed. But how will Cayle be able to convince Becca, a determinedly self-sufficient spinster, that he can be more to her than just a protector?
Buy Kindle Version
Buy Paperback Version
Scroll to top