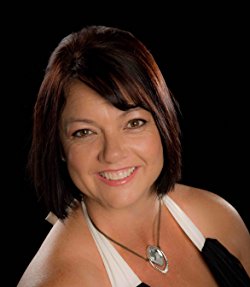 Born in Zimbabwe, Tina Marie completed her primary school years at boarding school in Bulawayo, but on weekends and holidays, her time was spent exploring their family ranch in Nyamandhlovu, normally on the back of her horse. Her teenage years were totally different to her idyllic childhood. After her father died, the family of 5 women moved to Kokstad, a rural town at the foot of the Drakensberg Mountains in South Africa, where she lived in the boarding school hostel as her home. In winter she walked to school in the snow and could never get warm, and in summer she sweated having to wear an impractical, but smart, blazer on the same trail.
She began writing fiction when she moved to the UK while being a stay at home mum to her two sons. Now living on a small island near Brisbane in Queensland, Australia, Tina Marie combines her passion for story telling, different cultures and wildlife with her love for Africa.
My Brother-But-One first published in 2013 by Harlequin, Mira, and was nominated for a Queensland Literary People’s Choice Award in 2014. Shooting Butterflies was published in December 2014, and won Romance Writers Australia, Favourite Romantic Suspense Cover 2015, it was also nominated for an Australian Romance Readers award. Tears of A Cheetah, will be released on November 2015.
Tina Marie also runs the CYA Conference in Brisbane, helping others on their journey towards publication. 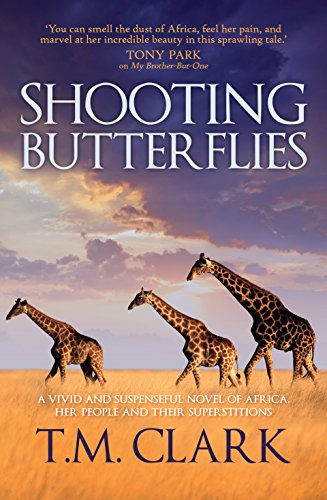 Ex-soldier Kirkman ‘Buffel’ Potgieter lives by the motto of his former military unit: Tiri Tose, which is Shona for ‘we are together’…but also for ‘there is no escape’. So when Shilo Jamison Khumalo betrays Buffel by saving a neighbour’s child, Tara Wright, from becoming the latest addition to his sinister ‘butterfly’ collection, it sparks Buffel’s obsession with hunting them both down. After Tara witnesses the murder of her father and uncle, she and her remaining family leave Zimbabwe for a new life in South Africa. There, a teenaged Tara meets Wayne Botha—but finds she isn’t prepared for the price she is asked to pay for falling in love. After Tara secretly flees the conservative rural community, Wayne never gives up hope of ever seeing his one true love again. But years later, out of the blue, Tara makes contact with Wayne to reveal a secret—and some potentially devastating news. In a twist of fate, Wayne and Jamison find they have far more in common than just a passion for African wildlife and join forces to protect Wayne’s new family. But the threat of Buffel is still looming—and Jamison knows only too well that there will be ‘no escape’ for him and Tara, ‘The Butterfly’.
Buy Kindle Version 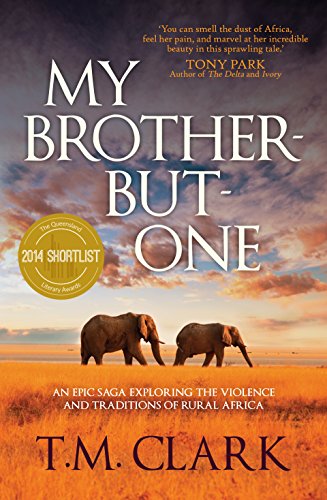 My Brother But One

Set against a magnificent backdrop of Africa across the decades, this epic saga explores the traditions and violence between the white and black families of rural Africa. Scott Decker and Zol Ndhlovu are partners in a private game reserve in Zimbabwe. They have a friendship borne from Africa — a brotherhood that endures the generation gap and crosses the colour barrier. Australian Ashley Twine is a thirty-something dynamic achiever who portrays herself as a confident businesswoman. When a gender mix-up secures her a position on a volunteer program in the Hwange National Park, Ashley gets a chance to take stock of her life and reassess her situation. But chauvinistic, yet handsome Scott — who runs the operation — is adamant she isn’t cut out for the job, fearing her safety. After Ashley witnesses firsthand the violence and devastation left behind by poachers, Scott finds himself torn between wanting to protect Ashley or forcing her to leave Africa for her own safety…and his sanity. But after working so closely together, Ashley and Scott can no longer deny their feelings…or be apart. However, nothing can prepare Ashley for being ambushed and held captive by the psychopathic Rodney — an old enemy of Zol’s from a war fought years before. And now that their world has been threatened, circumstances begin to take hold of all their lives which will shape and change them forever…
Buy Kindle Version 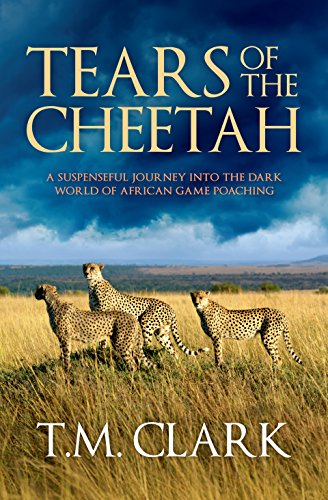 Tears Of The Cheetah

The fight to save the cheetahs is a race against time Mackenzie came to South Africa to escape the trauma of her past and build herself a bright new future: love is the last thing on her mind. But she’s finding it increasingly hard to ignore her feelings for the strong-minded Cole, who runs the game reserve for cheetahs just outside her town. Cole has made no secret of his feelings for her, but he realises that Mackenzie cannot be rushed so he is prepared to wait. However, neither could have predicted the terrifying events that are about to overtake them. When Cole saves Mackenzie from a vicious attack, it is only the beginning of an ever-spiralling maelstrom of violence. Someone is decimating Africa’s cheetah population, and when the poaching threat comes to their door, Mackenzie and Cole have only one option: they must fight to save the animals and life they love.
Buy Kindle Version
Scroll to top
We use cookies to ensure that we give you the best experience on our website. If you continue to use this site we will assume that you are happy with it.Ok