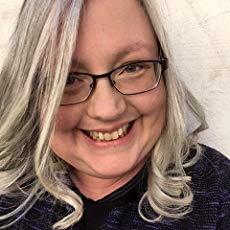 Tansy Rayner Roberts is an award winning blogger, podcaster and fantasy author who lives in Tasmania with her family. She has a PhD in Classics and a particular attachment to Roman history, which infuses her work.

Tansy's books range from the light-hearted Mocklore Chronicles to the darker and more epic Creature Court trilogy. She also co-hosts the Galactic Suburbia and Verity! podcasts, and is well known for writing feminist commentary on pop culture including superhero comics, fantasy fiction and Doctor Who.

In 2013, Tansy won the Hugo for Best Fan Writer thanks to the critical writing on her blog. This made her the first Australian woman ever to win a Hugo Award. She won it a second time in 2015 in the Best Fancast category with Galactic Suburbia. 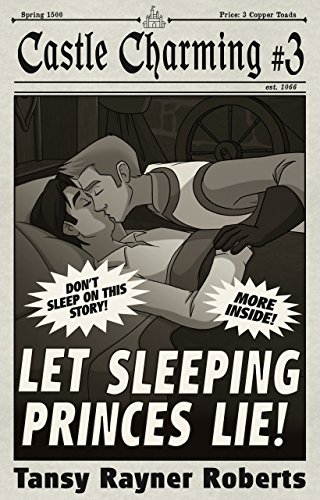 Dennis is a Royal Hound. His job is to protect the Royals of Castle Charming from harm. But when a plague of magical spinning wheels besieges the kingdom, it’s his boyfriend Kai who falls under their spell. Kai didn’t know he was a long-lost prince, but now he’s trapped in a magical nightmare castle that’s trying to kill him… with the one person he thought he would never meet. Secrets, lies and old plots finally unravel at the heart of Castle Charming. Will Kai and Dennis ever find their way back to each other? PRAISE FOR GLASS SLIPPER SCANDAL: "...so witty, clever, and exuberant - with sharp edges, like glittering glass." Stephanie Burgis. "An enormously fun take on fairy tales, castles, princesses, falling in love and happy endings, with so much verve and sass and humour as well as thoughtfulness, wit and charm." Narrelle M Harris.
Buy Kindle Version
Scroll to top