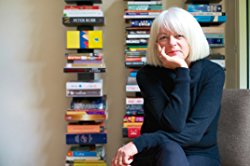 Tea Cooper is an Australian author of historical and contemporary fiction. In a past life she was a teacher, a journalist and a farmer. These days she haunts museums and indulges her passion for storytelling. 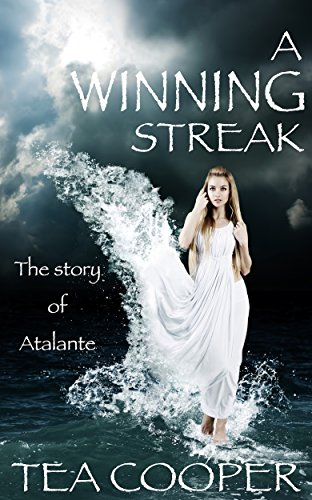 A Winning Streak: The Story of Atalante

Abandoned at birth, Atalante, protégé of the goddess Artemis is forced into an untenable position by her estranged father, the King of Arcadia - renege on her vow of virginity or condemn her suitors to a sacrificial death. The aristocratic courtier Melanion, cannot believe anyone would be foolish enough to put their life on the line for the dirty little predator whose reputation for speed and cruelty are legendary. That is until he falls under Atalante's spell. Consumed by desire and jealousy Melanion is determined to win Atalante’s hand or die trying. He calls upon Aphrodite to assist him, little realizing that her noisome brat, Eros has the pair of them in his sights and is determined to inject a little spice into their life. Spice that will devastate the path of true love and incur the wrath of the virgin goddess Artemis.
Buy Kindle Version 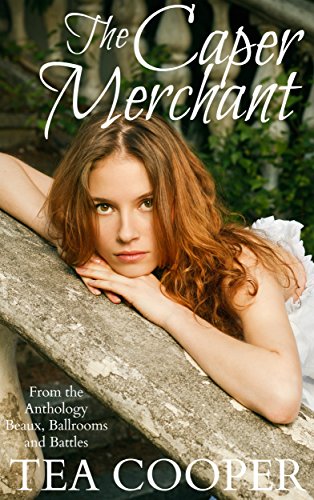 From the Anthology Beaux, Ballrooms, and Battles The moon in Gemini is a fertile field of dreams, ideas and adventure but when the Dark Lady wanes into solitude and looks to the shadows life can take an unexpected turn. For Pandora Wellingham the astrological predictions couldn’t be more fortuitous, especially if they enable her to spread her wings and escape the domineering control of her godparents. When Monsieur Cagneaux, caper merchant to the rich and famous, introduces her to the handsome dragoon, she believes her stars have aligned. Career soldier Samuel Blue has lived much of his life in the shadows embroiled in the cloak and dagger world of ciphers and intelligence. It is during such a mission on behalf of his country that he meets the beautiful Pandora and inadvertently compromises her. But no matter how much he yearns to remain longer to secure the affections of the stargazing girl who has captivated his heart, Samuel has no time to dream of love and happy endings. He has information to deliver that may prove vital in the upcoming confrontation in Belgium. Samuel’s journey takes him from the ballrooms of Grosvenor Square to the battlefield of Waterloo, with the sinister caper merchant dancing hot on his heels to prevent him from completing his mission. The stakes are high, and now that Pandora is in the picture, they’ve mounted even higher.
Buy Kindle Version 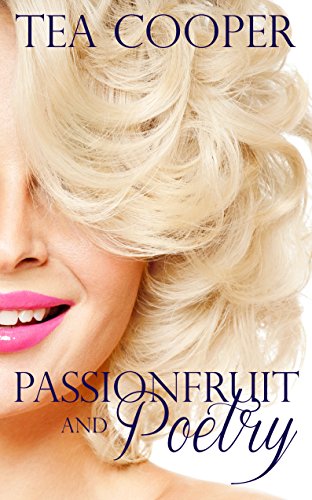 When a smooth-talking, sophisticated fashion photographer comes striding into town with his high-flying ideas, she's the last person who wants to be thrown into the limelight... Jeanie Baker is quite content. She’s a small town girl happy running the cafe with her grandmother. It’s where she belongs and life is predictable, just the way she likes it. If there’s one thing Xander Fitzgerald knows it’s his camera – and it never lies. All he has to do is convince Jeanie to spend a week in Sydney and all his problems will be solved. But life can be full of smoke and mirrors and the past may well be a reflection of the future.
Buy Kindle Version 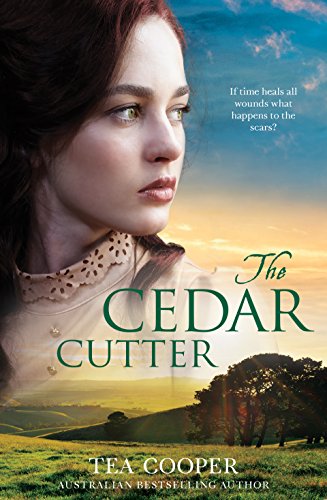 From the bestselling author of The Horse Thief comes a historical story of love, intrigue and danger in the majestic cedar forests of the Hunter Valley. Even if time heals all wounds, you still bear the scars… Wollombi: 1855. When Roisin Ogilvie moves to Wollombi her thoughts are only of protecting her illegitimate son, Ruan, from the grasps of his powerful and dangerous father. Posing as an impoverished widow, she settles into a quiet existence as a local dressmaker. She doesn’t expect to catch the attention of Irish champion cedar cutter Carrick O’Connor, or any other man for that matter. Carrick O’Connor may have won the coveted Wollombi Wood Chop, but his mind is on the beautiful seamstress and her son. Or rather, on who they remind him of. Determined to exact revenge for the horrors of his past, Carrick plans to return to Ireland to seek revenge on the land agent who was responsible for the death of his wife and child, and his transportation. Then, hopefully, he can return to Wollombi to start life afresh. But a murder charge, a kidnapping, a growing attraction, and a past that refuses to stay silent will turn both his and Roisin’s lives upside down and will lead them to a hard choice. Redemption? Or cutters’ justice? Praise for THE CEDAR CUTTER: 'Oh, how I love a good Oztorical! I've been looking forward to reading The Cedar Cutter for ages - and thanks to NetGalley, I got the chance. An absorbing, fascinating tale set in the beautiful Hunter region of NSW, we are presented with two wonderful characters in Roisin and Carrick, whose stories intertwine in ways I had most definitely not seen coming. The growth of their bond and their love was done beautifully. Thoroughly enjoyed this and wholeheartedly recommend it!'— Roslyn Groves (Netgalley)
Buy Kindle Version
Buy Paperback Version 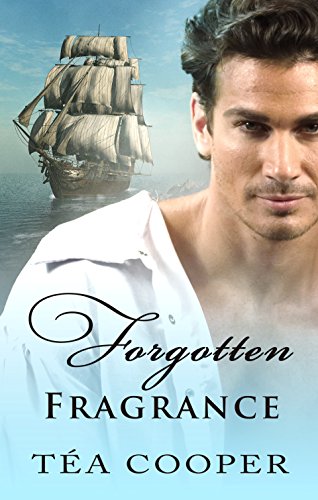 Only one woman can confirm his innocence, and release him from the torments of his past. Determined to throw off the shackles of her convict past, Charlotte Oliver accepts her employer’s marriage proposal, even though she does not love him, and together they board a refitted whaling schooner bound for Sydney to begin their new life. But life has a way of disrupting plans, and during the voyage the Zephyrus undergoes a mutiny. Captain Christian Charity loses his ship, but he also risks losing so much more.Charlotte has in her possession a tiny blue bottle and an Angel coin. On their own, they mean nothing more than a keepsake, but to Christian, they could mean everything – a past remade and a future with love.
Buy Kindle Version 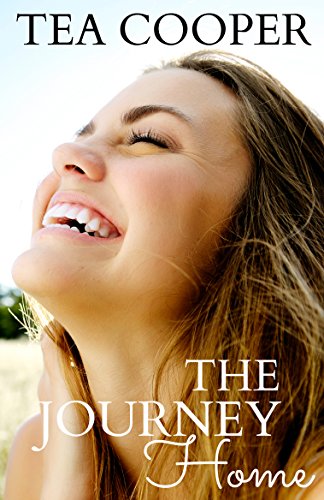 Previously published as The Protea Boys. Emotional entanglement is not on Georgie Martin's to do list. She has turned her back on her sophisticated Sydney lifestyle and the man that went with it, determined to renovate her parents’ old flower farm and her shattered ego. The challenge proves more than she bargained for until a madcap scheme comes to fruition and she employs a team of efficient, well-tapered ‘boys’ to help solve her problems. The threat of being co-opted as a wine waiter or worse, chef in his brother's restaurant in Blue Gum Flat encourages Tom Morgan to take up what he sees as the highly amusing challenge of managing Georgie’s boys. It is the perfect distraction while he waits for a new assignment - until he realizes he has found the one woman he can’t run away from.
Buy Kindle Version 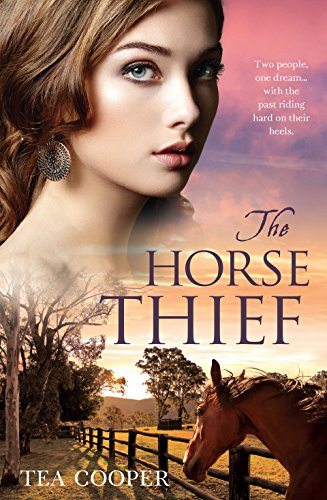 Can she save her family’s horse stud and reputation? When India Kilhampton is caught up in the heart-stopping excitement of the first Melbourne Cup her mind is made up. She will breed a horse to win the coveted trophy and reunite her fractured family. Determined to make her dream a reality she advertises for a horse breeder. Jim Mawgan arrives at Helligen Stud in the Hunter Valley to take up the position. Jim however, has a mission: he must fulfil his father’s dying wish to right past wrongs and prove his ownership of the prized stallion Jefferson. Jim and India discover they share a common goal but as the secrets of the past unravel old enmities surface. Although betrayed, will India save Jim before he is branded a horse thief and sentenced to death?
Buy Kindle Version 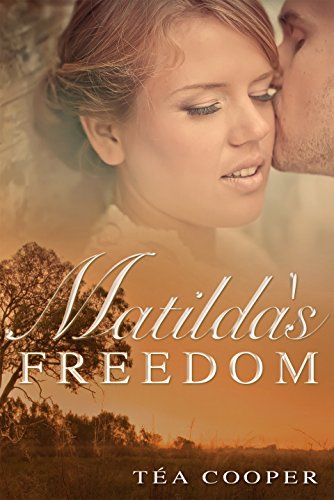 An unconventional woman clashes with colonial society in this spicy and sweet Australian-set historical romance. His carefree bachelor days over, Christopher Matcham returns to Sydney to take responsibility for his mother, two stepsisters, and the family property. Fortune smiles on him when he is introduced to Matilda Sweet, a woman in need of work. Though unusual, Christopher senses that her fresh ideals and positive outlook can only benefit his sisters, so he hires her as a companion. By the time they arrive at Christopher’s family home, the two are fast friends. But Matilda’s unorthodox ways and her convict heritage make her a second class citizen to the family. Christopher has responsibilities, and they include an advantageous match. A breeches-wearing, fish-pond-swimming, plain-talking convict’s daughter will never figure in. After all, romance is a luxury the upper classes cannot afford…
Buy Kindle Version 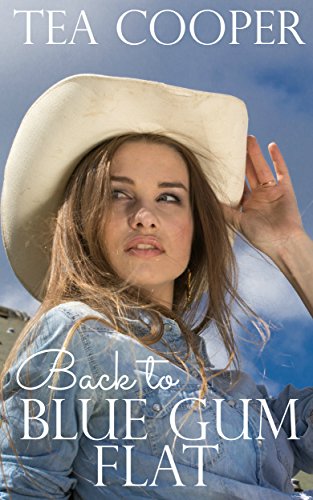 Back to Blue Gum Flat: An Australian Rural Romance

Another heart-warming Australian rural romance from the author of The Journey Home and Tree Change. When the corporate rug is pulled from under her Maddison Markham heads back home – back to Blue Gum Flat. It won’t be for long, just time to regroup and get her life back on track. But Blue Gum Flat is not the sleepy little town she remembers from her childhood. New people, new attitudes and even a coffee machine. Cameron Dean has every intention of making his dream of a rural life a reality and when Maddison arrives in town it seems his stars have finally aligned. But he hasn’t considered the impact their relationship will have on his son and after the mistakes he has made family comes first.
Buy Kindle Version 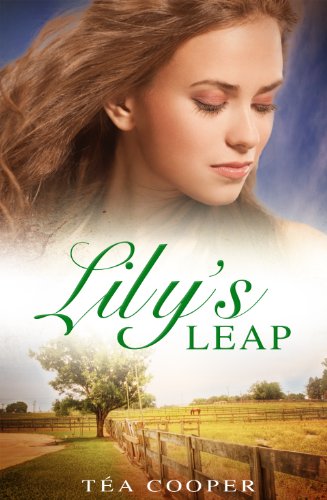 From Escape Publishing's Queen of historical Australian romance comes a new story about a privileged member of Australian's colonial squattocracy, a bushranger, and a very special horse. Born into the rough, but still privileged society of the Australian colonial landowners, Lilibeth Dungarven finds herself married, widowed, and, much to her distress, back under her father’s thumb, all before her twenty-first birthday. Determined not to forgo her dream of breeding the perfect racehorse, Lilibeth ignores propriety and sets out to restore the family’s flagging fortunes. When Captain Tom and his mismatched band of bushrangers stumble across a mob of the best horses they’ve ever seen, and the daughter of the famed Dungarven horse stud, they know their fortunes have changed. Their catch is worth a king’s ransom. All they have to do is hold the daughter for seven days. How hard can it be to control the pampered daughter of a colonial upstart? Praise for LILY'S LEAP: 'There is a great sense of adventure throughout Lily's Leap, [and] ...the romantic and sexual tension was beautifully done' — My Written Romance 'Strong, bewitching characters that...will have you engrossed in the pages!' — Talking Books Blog 'A great read and recommended to anyone who loves Australian historicals.' — A Reader's Have
Buy Kindle Version 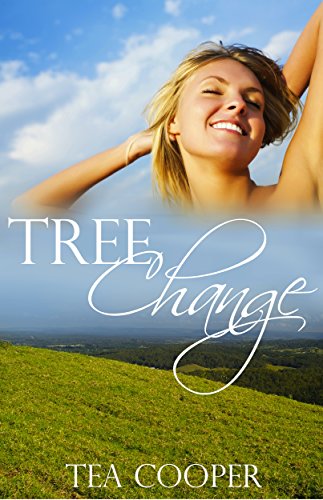 Forced to choose between the world she wants and the man she loves, Cassia opts for fame and fortune. Despite her success in the art world, she yearns for the idyllic life she once lead with Jake far from the hustle of the city. But Jake has moved on. The confirmed environmentalist has sold out and taken up with his brother's wife. Truth is, Jake's living a lie, sworn to secrecy, and hamstrung by a promise and the debt he owes his estranged brother. Cassia’s fey, artistic character and magical body possess his imagination and his heart. Can he convince her to trust him long enough to save the crumbling remains of their relationship?
Buy Kindle Version 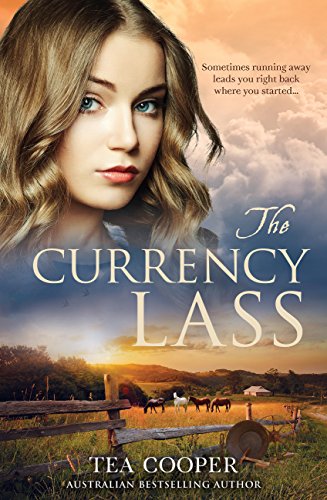