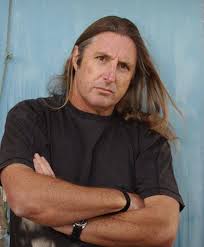 Tim Winton was born in Perth, Western Australia, but moved at a young age to the small country town of Albany.
While a student at Curtin University of Technology, Winton wrote his first novel, An Open Swimmer. It went on to win The Australian/Vogel Literary Award in 1981, and launched his writing career. In fact, he wrote "the best part of three books while at university". His second book, Shallows, won the Miles Franklin Award in 1984. It wasn't until Cloudstreet was published in 1991, however, that his career and economic future were cemented.
In 1995 Winton’s novel, The Riders, was shortlisted for the Booker Prize, as was his 2002 book, Dirt Music. Both are currently being adapted for film. He has won many other prizes, including the Miles Franklin Award three times: for Shallows (1984), Cloudstreet (1992) and Dirt Music (2002). Cloudstreet is arguably his best-known work, regularly appearing in lists of Australia’s best-loved novels. His latest novel, released in 2013, is called Eyrie.
He is now one of Australia's most esteemed novelists, writing for both adults and children. All his books are still in print and have been published in eighteen different languages. His work has also been successfully adapted for stage, screen and radio. On the publication of his novel, Dirt Music, he collaborated with broadcaster, Lucky Oceans, to produce a compilation CD, Dirt Music – Music for a Novel.
He has lived in Italy, France, Ireland and Greece but currently lives in Western Australia with his wife and three children. 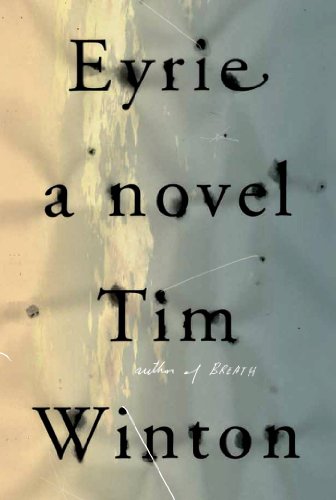 Tim Winton is Australia's most decorated and beloved literary novelist. Short-listed twice for the Booker Prize and the winner of a record four Miles Franklin Awards for Best Australian Novel, he has a gift for language virtually unrivaled among English-language novelists. His work is both tough and tender, primordial and new—always revealing the raw, instinctual drives that lure us together and rend us apart. In Eyrie, Winton crafts the story of Tom Keely, a man struggling to accomplish good in an utterly fallen world. Once an ambitious, altruistic environmentalist, Keely now finds himself broke, embroiled in scandal, and struggling to piece together some semblance of a life. From the heights of his urban high-rise apartment, he surveys the wreckage of his life and the world he's tumbled out of love with. Just before he descends completely into pills and sorrow, a woman from his past and her preternatural child appear, perched on the edge of disaster, desperate for help. When you're fighting to keep your head above water, how can you save someone else from drowning? As Keely slips into a nightmarish world of con artists, drug dealers, petty violence, and extortion, Winton confronts the cost of benevolence and creates a landscape of uncertainty. Eyrie is a thrilling and vertigo-inducing morality tale, at once brutal and lyrical, from one of our finest storytellers.
Buy Kindle Version
Buy Paperback Version
Buy Hardback Version 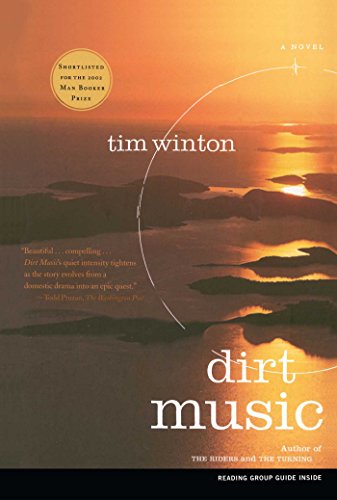 Luther Fox, a loner, haunted by his past, makes his living as an illegal fisherman -- a shamateur. Before everyone in his family was killed in a freak rollover, he grew melons and played guitar in the family band. Robbed of all that, he has turned his back on music. There's too much emotion in it, too much memory and pain. One morning Fox is observed poaching by Georgie Jutland. Chance, or a kind of willed recklessness, has brought Georgie into the life and home of Jim Buckridge, the most prosperous fisherman in the area and a man who loathes poachers, Fox above all. But she's never fully settled into Jim's grand house on the water or into the inbred community with its history of violent secrets. After Georgie encounters Fox, her tentative hold on conventional life is severed. Neither of them would call it love, but they can't stay away from each other no matter how dangerous it is -- and out on White Point it is very dangerous. Set in the dramatic landscape of Western Australia, "Dirt Music" is a love story about people stifled by grief and regret; a novel about the odds of breaking with the past and about the lure of music. Dirt music, Fox tells Georgie, is "anything you can play on a verandah or porch, without electricity." Even in the wild, Luther cannot escape it. There is, he discovers, no silence in nature. Ambitious, perfectly calibrated, "Dirt Music" resonates with suspense and supercharged emotion -- and it confirms Tim Winton's status as the preeminent Australian novelist of his generation.
Buy Kindle Version
Buy Paperback Version
Buy Hardback Version 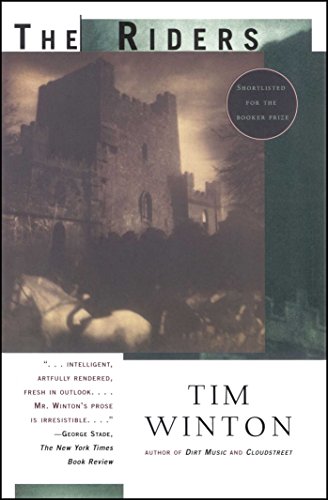 An exploration of marriage and the rich relationship that can exist between father and daughter, The Riders is a gorgeously wrought novel from the award-winning author Tim Winton. After traveling through Europe for two years, Scully and his wife Jennifer wind up in Ireland, and on a mystical whim of Jennifer's, buy an old farmhouse which stands in the shadow of a castle. While Scully spends weeks alone renovating the old house, Jennifer returns to Australia to liquidate their assets. When Scully arrives at Shannon Airport to pick up Jennifer and their seven-year-old daughter, Billie, it is Billie who emerges—alone. There is no note, no explanation, not so much as a word from Jennifer, and the shock has left Billie speechless. In that instant, Scully's life falls to pieces. The Riders is a superbly written and a darkly haunting story of a lovesick man in a vain search for a vanished woman. It is a powerfully accurate account of marriage today, of the demons that trouble relationships, of resurrection found in the will to keep going, in the refusal to hold on, to stand still. The Riders is also a moving story about the relationship between a loving man and his tough, bright daughter.
Buy Kindle Version
Buy Paperback Version
Buy Hardback Version
Scroll to top