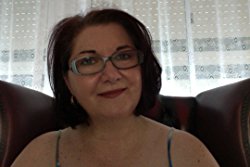 A former ancient historian and archaeologist, Tima accidentally smashed a 3,000 year-old Egyptian vase while on her first dig. Her supervisor made her glue it back together again. It took a week. From there she went on to specialise in Late Romano-British archaeology and the military forts along Hadrian's Wall, because buildings don't smash as easily. Now she's combined her love of history with another passion - storytelling - to create a dark tale of Roman soldiers who've been waiting nearly two-thousand years to be released from an ancient curse.

Tima has always been a storyteller, but it wasn't until five years ago that she seriously ventured into writing. The result was BloodGifted and Laura's Locket.

In 2011 BloodGifted was shortlisted in the Atlas Award and eventually came fourth place.

In 2012 it was listed among the top ten in the Choclit Search for an Aussie Star Contest.

In 2013 Tima was offered a publishing contract but declined in favour of going indie, preferring to be in charge of her own creative work.

In 2017 BloodGifted was nominated for the Golden Stake Award in the International Vampire Film and Arts Festival.

Laura's Locket, BloodGifted, BloodPledge and BloodVault, are the first four books in the Dantonville Legacy Series.
Book 5, BloodWish, is due for release later this year.

She also intends to satisfy her fans' requests by writing individual books on the other characters who feature so prominently. Terens, Cal, Jake and Sam will each have their own story.

Currently, Tima lives on the Central Coast, an hour's drive north of Sydney, in Australia.
Between bouts of writing, she can be found in the kitchen baking her favourite chocolate recipes, or in her garden pulling out yet more weeds.
These activities are responsible for forming more gothic, paranormal romance stories in her mind for future books. 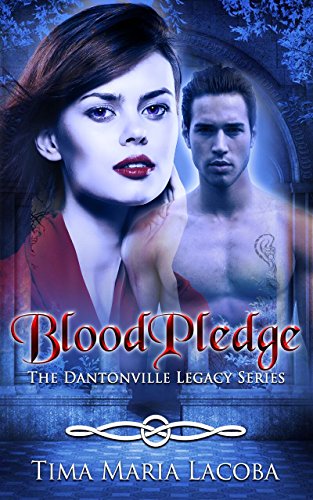 Escaping a fire, imprisoning her ex-boyfriend and threatening vampires with a corkscrew, is not what a girl normally expects to happen at Christmas. What would you do if the only way to ensure your safety was to risk turning your allies into enemies? I never believed in vampires until the night I learnt I wasn't completely human ... the night I met Alec. And my world shifted. He showed me that not all who have fangs are monsters. I never expected to fall so hard for him. Then I made my greatest mistake by blurting out my family's secret to my boyfriend, Matt. There's a dark side to him I never knew. He won't let me go. And he's still out there. But he's not the only one who's after me. Go ONE CLICK now to find out. Series in order: Laura's Locket (Prequel) BloodGifted (Book 1) BloodPledge (Book 2) BloodVault (Book 3) BloodWish (Coming Soon)
Buy Kindle Version
Buy Paperback Version

Outwitting a hundred-year-old Russian vampire-monk, beheading rogue vampires and dealing with a creepy housekeeper wasn't what Laura Dantonville expected on her first visit to her family's ancestral home. What do you do when the person you're meant to trust turns into your betrayer? Having survived torture at the hands of Rebel leader Count Timur's sadistic henchman, Rasputin, Alec sets out to end the rebellion by turning the Rebels against themselves - by giving them what they want. It's the only way to ensure a safe future for him and Laura. Laura has an engagement ring on her finger and a determination to fight to protect those she loves. Warrior-princess she may not be, but acquiring new skills with sword and dagger is giving her the confidence to face any personal threat the remaining Rebels may pose. After intercepting a message from the Rebels, the Dantonville's immediately relocate from Sydney to the safety of the family chateau in France. But apparent safety can be deceiving. A festering evil lurks within its walls. Will they discover it in time? Or will everything the family has worked for over the last eighteen hundred years be destroyed by one of their own? Click NOW to find out. *Fans of Terens and Kari (from BloodGifted and BloodPledge, Books 1 and 2) will enjoy seeing them play a significant role in this latest instalment of the Dantonville Legacy series. Series in order: Laura's Locket (Prequel) BloodGifted (Book 1) BloodPledge (Book 2) BloodVault (Book 3) BloodWish (Coming Soon)
Buy Kindle Version
Buy Paperback Version 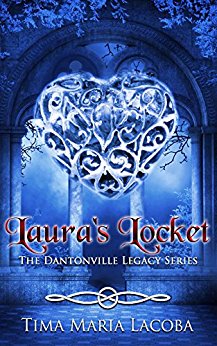 A young woman unaware of her heritage. A vampire desperate to claim her. A family determined to protect her. Young and innocent eighteen-year-old Laura Dantonville is celebrating her high-school graduation with her first overseas trip - to Italy. Accompanied by her two best friends, she meets the mysterious - and devastatingly handsome - Philippe. He is gallant and charming, and Laura loses her heart. Their meetings are brief and secret, and Philippe gives her a lovely silver locket. She swears to wear it always. Knowing Laura is unaware of her true heritage and ultimate destiny, Philippe seizes the opportunity to claim her for himself. But it's not only her blood that ensnares him. Drawn to her like to no other woman, Philippe's passion turns to obsession risking the wrath of her powerful vampire family and the inescapable future they have planned for her - one that does not include him. Does he press his advantage and reveal the terrifying truth her family's hiding from her? Or will he bide his time, watching and waiting, shadowing Laura until her coming of age when all secrets will be revealed? This prequel novella takes place some years before BloodGifted and reveals more of Laura and Philippe's history, but their story is unfinished. To find out how it ends make sure you pick up book 1 - BloodGifted. This novella also includes the first three chapters of BloodGifted. Series Order: Laura's Locket (Prequel) BloodGifted (#1) BloodPledge (#2) BloodVault (#3) BloodWish (#4 Coming Soon)
Buy Kindle Version 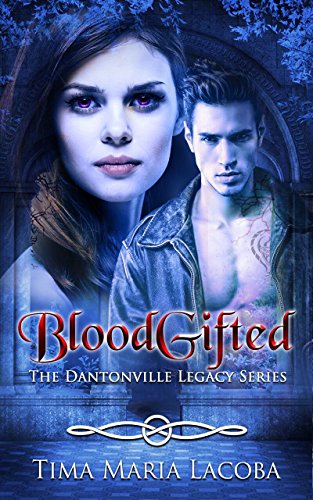 A serpent ring, a cursed legacy, and a vampire of her own, isn’t exactly what primary schoolteacher, Laura Dantonville, wished for on her birthday. What would you do if you learned you were responsible for freeing your family from an ancient curse? Especially if it involved getting dangerously intimate with a hundred-year-old vampire? Just because he’s a jaw-dropping vision of male hotness doesn’t make it any easier. Or does it? Thrown into a violent underworld ruled by mystery, magic and murder, where rival vampire clans battle each other, primary school teacher, Laura Dantonville, must choose a guardian, one favoured by her powerful family. Alec Munro looks forward to his independence, but with five years left in servitude must bow to his sire’s wishes to act as Laura’s guardian … or risk slavery forever. He accepts, but getting Laura to willingly accept him is another matter. He has three days to win her over before she makes her choice. Torn between two worlds, Laura must decide to which world she belongs – human or vampire? But as a white-hot sizzling attraction grows between her and Alec, the choice becomes even harder. Can she survive long enough to make the right one? Or will her fate - and that of her family – be decided by another, unexpected source? Go get it now! Enter the dark world of the Bloodgifted, the first book in an action-filled sexy paranormal romance that’ll have you laughing one moment and biting your fingernails in the next. "Great mix of paranormal, suspense and romance & so much more ..." Storm Goddess Reviews ★★★★★ "I was hooked from the beginning...." Chick Lit Plus ★★★★★ "Lots of twists and turns, some you see coming, others you don't. THE ENDING! UGH! Cannot wait for Book 2 that's all I can say!" Step Into Fiction ★★★★★ " ... there is romance, danger, violence, sex, jealousy and it's all weaved into a believable & fascinating story." Reads A Lot ★★★★★ " I fell in love with this story and the characters of this book ..." Paranormal Romance & Authors That Rock ★★★★★ "For those readers who enjoy a story full of twists, turns and intrigue - this is a story you have to pick up. I can see why this book has been a contender for many awards." Top 500 Amazon Reviewer ★★★★★ Books in the series: Laura's Locket (Prequel) BloodGifted (Book 1) BloodPledge (Book 2) BloodVault (Book 3) BloodWish (Coming soon)
Buy Kindle Version
Buy Paperback Version
Scroll to top