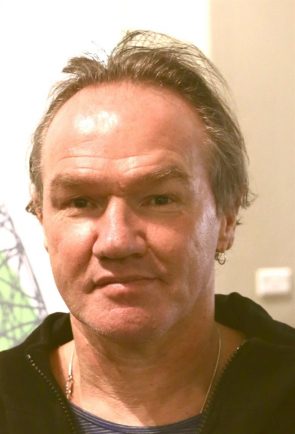 In 1987, after 10 years in the workforce, Tony Birch quit the fire brigade and went to complete Year 12 at the Broadmeadows TAFE College. 30 years on, and now with a PhD and Master of Arts degree beside his name, as well as a professorial title, Birch is a multi-award winning author, respected curator, a renowned community activist and public intellectual, and currently the inaugural recipient of the Dr Bruce McGuinness Indigenous Research Fellowship at Victoria University. Not too bad an effort for somebody who as a kid was expelled from two high schools in the one year.

Birch attributes his achievements to a strong background in the humanities, which began all those many years ago within the Arts faculty at the University of Melbourne, where he commenced as an undergraduate in 1988, majoring in history and literature.

“I got a phone call from the late, great Lisa Bellear who ran the Indigenous liaison unit that used to be in Faraday Street. She told me to come in and have a chat to her,” says Birch.

“Most of us in there at the time were mature-aged students. If we weren’t political activists already, we’d been around the block a few times. It was the end of the 80s and we had people there like Gary Murray, Gary Foley, Marjorie Thorpe.

“The way that Lisa ran that place, it didn’t matter where you came from or what sort of community you came out of, or what colour you were or anything like that. You were all Blackfellas and you had to look after each other.

“In that sense, it was a real education. I met Blackfellas from all over Australia, from the Torres Strait down to Tasmania, every state, every region. As a cultural experience of understanding identity, it was the best education I could have had. It was based on socialization. It was based on talking to people.”

Aboriginal history became the focus of Birch’s research interests towards the end of his undergraduate degree, which coincided with the university developing what Birch describes as more “forward-thinking” initiatives. This led Birch to a teaching role within the university and graduate research with an eye towards obtaining a PhD. In 2003, Birch’s PhD thesis won the university’s Chancellor’s Prize for Excellence.

“There were still the expected problems within the discipline though, in regards to Blackfellas and recognising our history,” says Birch. “But it also involved learning foundational research approaches to writing, which are really important, even if you’re eventually going to rally against them.”

In the late 90s, these traditional teaching and research skills earned Birch a senior curator role for what became the Koori Voices exhibit which opened with the new Melbourne Museum in Carlton Gardens in 2000 as the centerpiece of the Bunjilaka Centre.

“I think with the arts degree, where it genuinely does help, is I did find work outside the university,” he says. “My research background was really helpful, or has been really helpful.”

“But what I find concerning is that because of the way that higher education and tertiary education is moving, that a liberal arts degree, or the humanities, is only seen for its utilitarian value, or where it can get you in a very metric-driven way. Whereas I actually think it is the philosophical underpinnings of humanity. It is the central planks, and I’m concerned that they might be getting lost.”

In recent years, Birch has utilized his grounding in the humanities to approach climate change research, an area he says many people believe is the exclusive domain of hard science. Since entering the field in 2015 as part of the fellowship at Victoria University, Birch has published several academic essays, participated in conference panels and delivered numerous keynote speeches.

“I really take the notion of the public intellectual seriously. I don’t consider it a highfalutin term, it’s an obligation and a privilege. One of the things I wouldn’t have understood when I started university in 1988 is that one day I’d have the opportunity to engage a public around these issues.

“The humanities’ philosophical approach to learning, and its political approach has been really helpful in this regard. And the hard scientists have really welcomed these other disciplines and other fields of study into the area of climate change, because they know if there’s anything that they’re traditionally not that great at, it’s communication,” he says.

“So, while I’m now in the twilight years of my academic career, I’ve engaged with an issue that reaches out to the global community and I consider myself really fortunate for it. I couldn’t have done it without a humanities PhD. In that sense, it’s invaluable.

“You get to the point where what you’re doing isn’t about money. It isn’t about metrics. It’s about dialogue and intellectual exchange.” 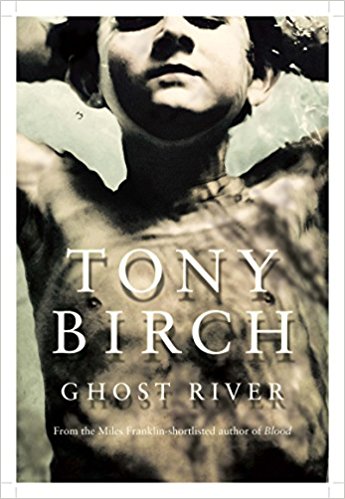 The highly anticipated new novel from the Miles Franklin-shortlisted author of Blood ‘You find yourself down at the bottom of the river, for some it’s time to give into her. But other times, young fellas like you two, you got to fight your way back. Show the river you got courage and is ready to live.’ The river is a place of history and secrets. For Ren and Sonny, two unlikely friends, it’s a place of freedom and adventure. For a group of storytelling vagrants, it’s a refuge. And for the isolated daughter of a cult reverend, it’s an escape. Each time they visit, another secret slips into its ancient waters. But change and trouble are coming – to the river and to the lives of those who love it. Who will have the courage to fight and survive and what will be the cost?
Buy Kindle Version
Buy Paperback Version
Scroll to top