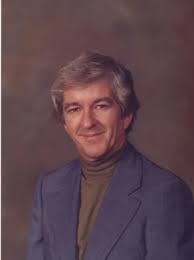 Starting as a copyboy on The Daily Telegraph, Reeves worked through his grades - no mean feat as he had no respect for authoritarian chiefs-of-staff and editors. He quickly became an investigative journalist and went on to work at the Daily Mirror, The Sunday Telegraph, the Sunday Australian, the Nation Review and the ABC. It was his forensic and multi-dimensional reporting that helped to bring about the Moffitt royal commission into organised crime.
In 1975 Reeves joined his close friend and investigative journalist Barry Ward in trying to unravel the apparent murder of Kings Cross newspaper publisher Juanita Nielsen.
They were continually rebuffed in their efforts to have the book published or to force a commission of inquiry to expose the truth behind this sordid tale of police and political corruption, of betrayal and heinous brutality.
Early on in Australia, Reeves also decided that the Labor Party was the best vehicle to implement his radical agenda, particularly his fearless advocacy of public housing, public transport and support of the green bans movement.
His drive and energy led him to spend seven years as a councillor on the Sydney City Council from September 1977.
Reeves fought to preserve Sydney's historic sites from demolition and worked overtime to save inner-city suburbs, such as Woolloomooloo and The Rocks.
He was prepared to talk any time on urban conservation and his various campaigns saved many inner-urban tenants of low-rental homes from eviction and communities from disruption and dislocation.
In 1992, he moved to Queensland with his partner Kamala and organised a super-leftie branch of the ALP.
He was impressed by a rather left-wing barrister at one meeting saying, "I would far prefer to have a small cadre of left-wing comrades in this branch than a thousand careerist apparatchiks destined to embrace the ministerial leather in some sellout Labor government."
In Brisbane Reeves returned to his freelance writing and publishing career. His interest was rekindled in investigating the criminal behaviour and corruption he had witnessed first hand as a young reporter in Sydney. His first book Mr Big: Lennie McPherson and His Life of Crime (2007) won the Crime Writers' Association Ned Kelly Award for true crime. He followed this with Mr Sin: the Abe Saffron Dossier (also 2007) and The Real George Freeman (2011).
His latest project was to uncover the real culprits behind the Whiskey Au Go Go fire in Brisbane's Fortitude Valley in 1973, thereby revealing a web of police and political corruption that inspired the Fitzgerald inquiry.
Tony Reeves is survived by Kamala Shakti, his partner of 30 years, his first wife, Tessa, and three children 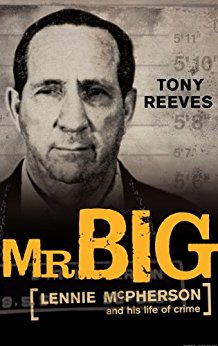 Mr Big: Lennie McPherson and his life of crime

When Nellie McPherson reached her eightieth year, her clan got together to give the sprightly grandmother a birthday bash. Her youngest son, Lennie, wasn't invited. He turned up nevertheless, with a small white rabbit. Instead of giving it to his mother, Lennie put one large hand around the rabbit's neck, grasped its head, twisted and pulled and, in a splash of blood, ripped the poor animal's head off. He threw the twitching remains to a horrified Nellie. This was someone who never forgave. Meet Lennie McPherson, the man who came to be known as the Mr Big of Australian crime. Brutality punctuated his whole life. Corruption was his mark. He was a standover man, a murderer, a rapist and a thief. He ran crooked police and corrupt politicians. He was involved in drugs and prostitution. And, he did business with the Mafia and the CIA. In this chilling portrait Tony Reeves uncovers a heart of evil and takes us deep into a dark and violent criminal world. It is a story that could only be told after Lennie's death.
Buy Kindle Version
Buy Paperback Version 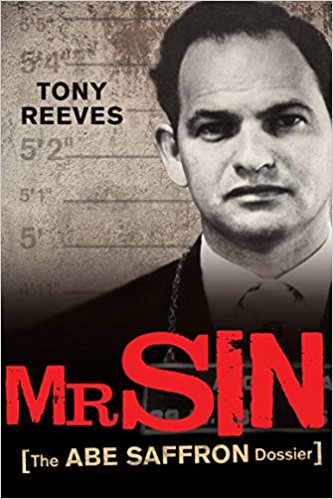 Abe Saffron was one of Australia's most notorious and powerful crime figures. Yet, he spent his life denying any involvement in criminal activity, claiming he was just a successful businessman. Sydney knew otherwise. This was the man who controlled the city's underworld with an iron fist. Tony Reeves has been gathering information on Abe Saffron for over forty years. With Saffron's death in September 2006, he can finally and safely reveal all. And what a story it is. Saffron trafficked in drugs, ran prostitution and gambling rings, was not averse to extreme violence and was a master of bribery and a corrupter of police, politicians and the judiciary. The man with a voracious sexual appetite was a real-life Godfather of Australian crime. Mr Sin makes for shocking and disturbing reading. It reveals the heart of a vicious world of greed and evil and leaves no doubt that Abe Saffron well and truly deserved the moniker, Mr Sin.
Buy Kindle Version
Buy Paperback Version
Scroll to top