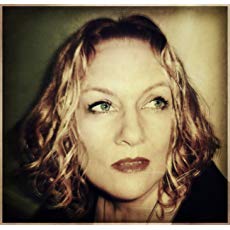 I’m a New Zealander of European and Maori descent who now lives in Melbourne, Australia with my husband and three children. Since the beginning of 2011, I have worked part time as a teacher aide at a local primary school, an occupation that has become my third biggest passion behind my familyprofile lomo art 1 and writing. I’m also a dog lover, and I put my money (or more accurately, time) where my mouth is by volunteering for a Melbourne-based dog rescue group.

You might find the occasional recipe, cute little story about my kids (biological and ‘adopted’ students) or dogs, or highly opinionated piece ranting about something or other I’ve read on the Net. But this blog is mostly about the writing.

I’m a short story writer who has lofty ambitions to write novels. When I first started writing, I experimented with literary and mainstream fiction, but these days I stick with speculative fiction. Dark, dark speculative fiction…

My first short story was published in 2004, and since then my work has been published or is forthcoming in over 80 print and electronic publications. In 2008 I won the Sir Julius Vogel Award for Best New Talent. A few of my stories have been shortlisted here and there for other national awards (i.e. Aurealis Awards, Shadows Awards).

I’ve involved myself in other aspects of the writing and publishing world, too; I read slush for Dark Moon Digest, am an active member of the Horror Writers Association and a member of the Australasian Horror Writers Association, have served on judging panels for the latter’s Shadows Awards, and was the vice-president of Dark Continents Publishing during its four years of existence. That was the small press that published my first collection, Ghosts Can Bleed (so you could say it was self-published), but these days it’s kept in print and e-book by Creativia, and is available on Amazon. A second collection is in the works. 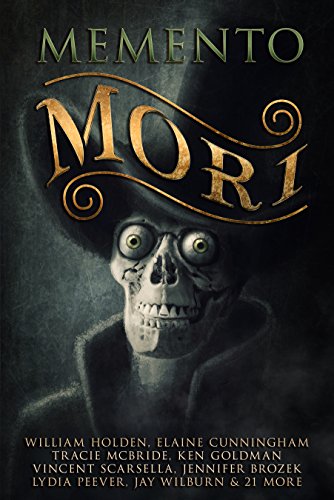 If you’re looking for an array of Horror stories to sink your teeth into, look no further than Memento Mori…pay the Ferryman, and prepare to take the ride of your life. The title, Memento Mori, is Latin and literally means: “Remember you too must die.” An ominous-sounding phrase, the saying derived from Puritan settlers who would often display tokens of death as a reminder to the living of the fragility of life…not to mention the eternal punishment awaiting those who wallowed in wickedness. Death has always been a fascination to the living, meaning different things to different groups of people. Edgar Allan Poe nailed it when he said: “The boundaries which divide Life from Death are at best shadowy and vague. Who shall say where the one ends, and where the other begins?” There is a wealth of truly incredible talent within these pages, each storyteller attempting to explore that very question. Her is a healthy book full of decidedly unhealthy stories. With Death being the key element in each one of those stories, you might be expecting a morbid ride, but rest assured, there are quite a few pieces of comedic gold lined inside this skeleton’s spine, along with the many that will send a chill down your own.
Buy Kindle Version
Buy Paperback Version
Scroll to top