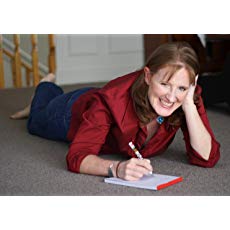 Tracy M Joyce is an Australian author of speculative fiction. Her debut novel, Altaica: Book I in The Chronicles of Altaica, is published by Odyssey Books. Tracy has long been a fan of the fantasy genre, but particularly likes novels that deal with deep characterisations and that don't flinch from the gritty realities of life. This and her fascination with the notions of "moral greyness", that "good people can do bad things" and that we cannot escape our past provide the inspiration for her writing. Combine that with her love of history, horses and archery and you have Altaica.

She grew up on a farm in rural Victoria, in a picturesque dot on the map known as Glenburn. She spent half of her childhood riding horses and the other half trying to stay out of trouble - the only way she did that was by reading books and writing stories. She now lives in Melbourne with her husband, two cats and two (very) lazy greyhounds.

Tracy holds a BA (Hons) from Monash University, spent many years in a variety of administrative roles and fortunately never gave up on her childhood dream to become a writer. In her spare time she tutors a select and unlucky group of students in English. 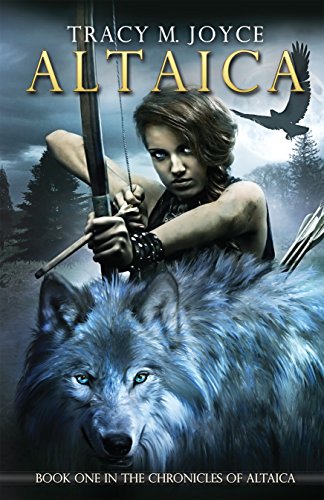 Altaica (The Chronicles of Altaica)

Look at her - she's Hill Clan. Even the Matyrani don't like them ...' Isaura - little is known about her race, but much is whispered. Born to refugees, she grows up enduring racism and superstition within a community that fears her. She has few friends, and those she treasures. Trapped, she longs for escape to a different life. Escape is only the beginning of her troubles. Having fled an invading army with her friends, Isaura is faced with heinous choices in order to survive. Secrets from her past emerge to torment her and threaten to destroy all she holds dear. Her struggles forge a bond with an ancient power - a power which may transform or consume her. Old hatreds and superstitions are renewed and at her most vulnerable she learns the true nature of those around her. Her only hope lies in a foreign land - a land rich in tradition; ruled by three powerful clans. A land with a history marked by warfare; where magic as we know it does not exist. Instead what is here, in abundance, is a more primal power. Survival carries a high price. Welcome to Altaica.
Buy Kindle Version
Buy Paperback Version 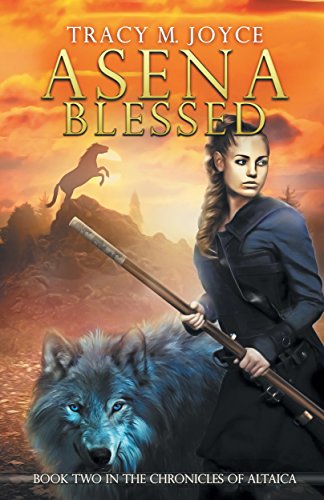 Asena Blessed (The Chronicles of Altaica)

At the whims of Gods and Men… Isaura has emerged from the spirit realm forever altered. No longer a pariah, she embraces the future offered in Altaica, but learns that her survival has come at a price. Her transformation is the perfect weapon for Elena to use against her. The mysterious Asena and the Lady vie for Isaura. Caught between two ancient powers, Isaura must try to make her own path. Master spy Vikram launches a counterinsurgency against Ratilal and Faros, weaving innocents into the plot to bring him down. Ratilal prepares to wage war against Karan and Baldev. Desperately, he seeks clandestine means to wreak revenge on them in the very heart of their territory, with devastating results. With enemies nearing, Isaura must learn to master her powers. Aid arrives from the most unlikely source—one who knows no rules and respects no one. Having run from one war she will not run from another… The battle is joined.
Buy Kindle Version
Buy Paperback Version
Scroll to top