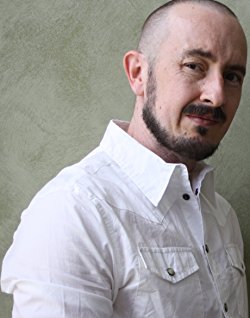 Trent Jamieson is an Australian Fantasy and Science Fiction writer, and winner of two Aurealis Awards.

The Death Works Trilogy is his first series of novels. It's set in the city of Brisbane, Australia, and it's about working for the Grim Reaper - a pretty decent paying job, with some great perks, unless something goes wrong, and then people tend to want to kill you.

"Roil" the first book in the Nightbound Land duology was released in September 2011. It's dark, noisy, and about a land that is bound for night like a steam train crashing towards the end of the line.

Trent works as a bookseller, and a writer, and has taught at Clarion South. 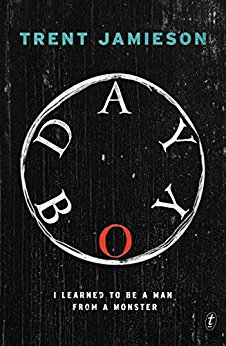 Winner of the 2015 Aurealis Awards for Best Horror Novel and Best Fantasy Novel. Mark is a Day Boy. In a post-traumatic future the Masters—formerly human, now practically immortal—rule a world that bends to their will and a human population upon which they feed. Invincible by night, all but helpless by day, each relies on his Day Boy to serve and protect him. Mark has been lucky in his Master: Dain has treated him well. But as he grows to manhood and his time as a Day Boy draws to a close, there are choices to be made. Will Mark undergo the Change and become, himself, a Master—or throw in his lot with his fellow humans? As the tensions in his conflicted world reach crisis point, Mark's decision may be crucial. In Day Boy Trent Jamieson reimagines the elements of the vampire myth in a wholly original way. This is a beautifully written and surprisingly tender novel about fathers and sons, and what it may mean to become a man. Or to remain one. Trent Jamieson is a teacher, bookseller and writer of science fiction and fantasy, including the Death Works series. He has twice won Aurealis Awards for his short stories. He lives in Brisbane. ‘Jamieson gives the reader beautiful prose and a very original plot, making for an excellent read.’ BookMooch ‘This a book about boys and men, their rivalries and cruelties, and the love of fathers and sons…It is a joy.’ Vampires in the Sunburnt Country ‘At the fingertips of a gifted writer there will always be new and interesting takes on the vampire tale and happily, Day Boy is one of them.’ Melbourne Review of Books ‘This book dances to the beat of its own drum. It comes waltzing into your life and leaves footprints on your heart…A one of a kind story you’d be foolish to miss.’ Marianne de Pierres’ Escape Club ‘In Day Boy, Jamieson has kept all of the central facets of vampire mythology while fashioning something new and often riveting. Poetic and meditative—at times frightening, visceral and bloody—this is a dark journey worth making.’ Aurealis ‘A beautifully written and surprisingly tender novel about fathers and sons, and what it may mean to become a man.’ Good Reading ‘This escapist read is hard to put down.’ North & South
Buy Kindle Version
Buy Paperback Version
Scroll to top