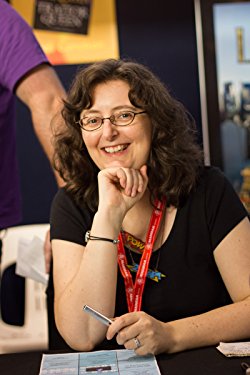 Trudi Canavan (born 23 October 1969) is an Australian writer of fantasy novels, best known for her best-selling fantasy trilogies The Black Magician trilogy and Age of the Five. While establishing her writing career she worked as a graphic designer. She completed her third trilogy, The Traitor Spy trilogy, in August 2012 with The Traitor Queen. After this Canavan will be writing a new trilogy on a completely new world called Millennium’s Rule and will consist of multiple worlds which characters can cross between. 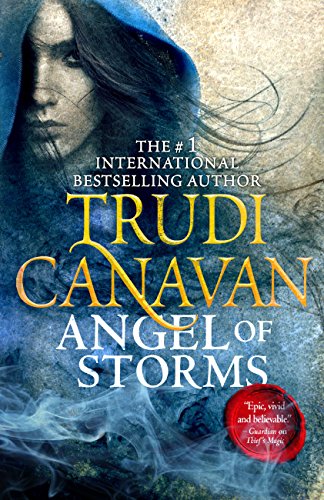 Tyen is teaching mechanical magic at a school respected throughout the worlds. News arrives that the formidable ruler of all worlds, long believed to be dead, is back and enforcing his old laws - including the one forbidding schools of magic. As teachers and students flee, Tyen is left with no home and no purpose...except the promise he made to Vella, the sorcerer imprisoned in a book. Tyen must decide what he is willing to do to free her. After five years among the tapestry weavers of Schpeta, Rielle's peaceful new life has been shattered by a local war. As defeat looms, the powerful Angel of Storms appears and invites Rielle to join the artisans of his celestial realm. But what will he require in return for this extraordinary offer?
Buy Kindle Version
Buy Paperback Version
Buy Hardback Version 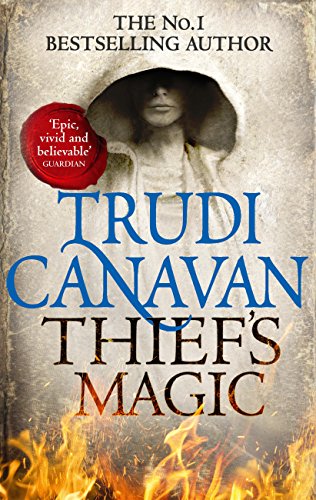 In a world where an industrial revolution is powered by magic, Tyen, a student of archaeology, unearths a sentient book called Vella. Once a young sorcerer-bookbinder, Vella was transformed into a useful tool by one of the greatest sorcerers of history. Since then she has been collecting information, including a vital clue to the disaster Tyen's world faces. Elsewhere, in an land ruled by the priests, Rielle the dyer's daughter has been taught that to use magic is to steal from the Angels. Yet she knows she has a talent for it, and that there is a corrupter in the city willing to teach her how to use it -- should she dare to risk the Angels' wrath. But not everything is as Tyen and Rielle have been raised to believe. Not the nature of magic, nor the laws of their lands... and not even the people they trust.
Buy Kindle Version
Buy Paperback Version
Buy Hardback Version 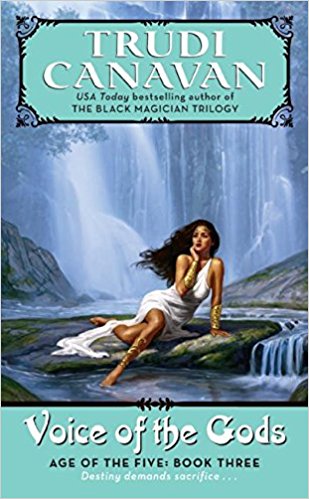 Voice of the Gods (Age of the Five Trilogy, Book 3)

Unable to avoid being drawn into the terrible conflict, Auraya, now protector of the Siyee, fears she will be unable to meet the conditions of the all-powerful gods she once served. And an offer from a mysterious woman may be impossible for Auraya to refuse, but, if revealed, would brand her an enemy of the gods. Now, the immortal Wilds will not be deterred in their quest for powerful, long-buried secrets. But they have deadly adversaries who also seek the world-shattering truth . . . and it may appear in a form that no one anticipates.
Buy Kindle Version
Buy Paperback Version
Buy Hardback Version 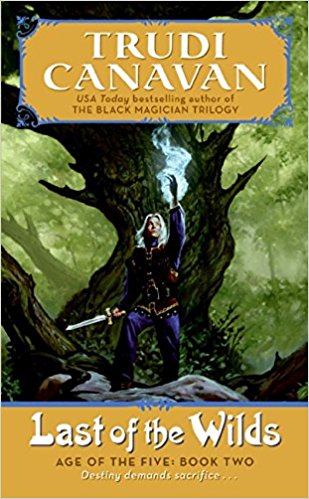 Last of the Wilds: Age of the Five, Book 2

After pitched battle, The White—the avatars of the Five Gods—have briefly turned back the vicious invaders. And now, the priestess Auraya is sent on an urgent mission to reconcile with the powerful, outcast Dreamweavers, for their magical healing abilities may be the key to saving the land. But as a deadly plague devastates their allies and old adversaries resurface, a dreadful surprise may ruin the chance for peace. For Auraya's terrible discovery will force her into a desperate choice—one whose consequences will change the world forever.
Buy Kindle Version
Buy Paperback Version
Buy Hardback Version 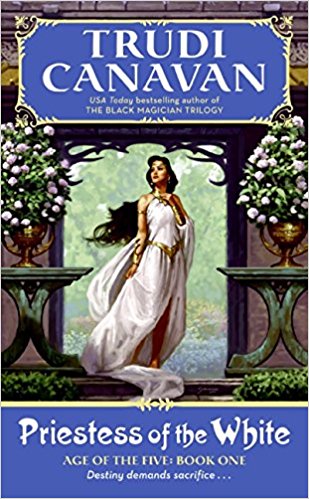 Priestess of the White (Age of the Five Trilogy, Book 1)

Her heroism saved a village from destruction; now Auraya has been named Priestess of the White. The limits of her unique talents must be tested in order to prove her worthy of the honor and grave responsibility awarded to her. But a perilous road lies ahead, fraught with pitfalls that will challenge the newest servant of the gods. An enduring friendship with a Dreamweaver—a member of an ancient outcast sect of sorcerer-healers—could destroy Auraya's future. And her destiny has set her in conflict with a powerful and mysterious, black-clad sorcerer with but a single purpose: the total annihilation of the White. And he is not alone . . .
Buy Kindle Version
Buy Paperback Version
Buy Hardback Version 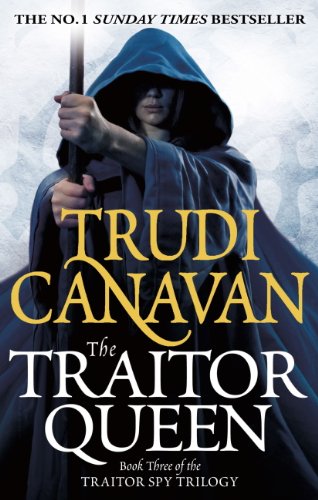 Relieved that Lorkin is coming home, Sonea prepares to meet with the traitors on behalf of the Guild. Then bad news arrives: the Sachakan king has imprisoned her son. As the Sachakan king tries to force Lorkin into betraying the traitors, Dannyl questions his friendship with Ashaki Achati. Can he trust the Sachakan? Not at all, if Tayend is right. But do Tayend’s suspicions spring from good political instincts, or jealousy? Easily evading capture by the Guild, the Rogue knows only one obstacle lies between him and his ambition to rule the underworld: Cery. Forced into hiding, protected by Lilia, Cery must wait for the Guild to find his enemy. But is Black Magician Kallen purposefully failing in his task? And Lorkin must decide where his loyalties lie, for whatever choice he makes will require a great sacrifice.
Buy Kindle Version
Buy Paperback Version
Buy Hardback Version 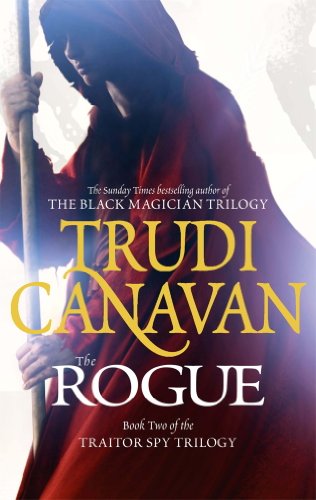 Kyralia is facing threats at home and abroad, as a rogue killer stalks its capital's streets, while the neighbouring kingdom of Sachaka is breeding a rebellion that could destabilise the entire region. High Lord Akkarin and Sonea's son Lorkin has a legacy of heroism to live up to, but despite his good intentions, his incarceration in Sachaka's rebel traitor stronghold could destroy the tenuous peace between the two countries. Angered by Lorkin's seeming defection the Sachakans blame the Kyralian ambassador, Danny--and they are a savage people when roused. And back home, in the University, two young novices are about to remind the Guild that sometimes their greatest enemy comes from within ...
Buy Kindle Version
Buy Paperback Version
Buy Hardback Version 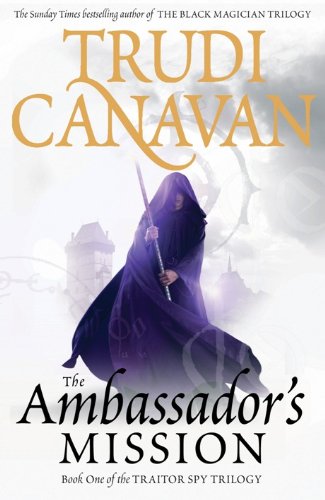 As the son of the late High Lord Akkarin, saviour of the city, and Sonea, the former street urchin turned Black Magician, Lorkin has a legacy of heroism and adventure to live up to. So when Lord Dannyl takes the position of Guild Ambassador to Sachaka, Lorkin volunteers to be his assistant in the hopes of making his mark on the world. When news comes that Lorkin is in danger, the law that forbids Black Magicians leaving the city forces Sonea to trust that Dannyl will save him. Besides, her old friend Cery needs her as never before: someone has been assassinating Thieves, and when his family is targeted he finds evidence that this Thief Hunter uses magic. Either a member of the Guild is hunting down the Thieves one by one, or there is - once again - a rogue magician on the streets of Imardin. And this one has full control of their powers - and is willing to kill with them.
Buy Kindle Version
Buy Paperback Version
Buy Hardback Version 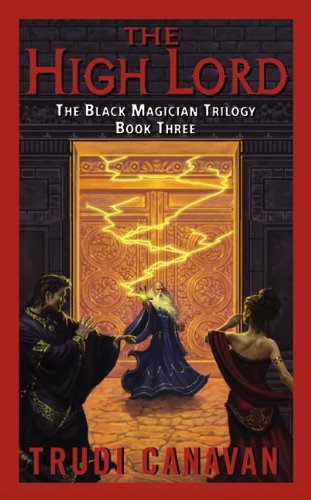 Life should have been easier for Sonea, now that Regin ignored her and the rest of the novices treated her with wary respect, but she cannot forget what she witnessed in Akkarin's underground room, or his warning that Kyralia's ancient enemy is watching the Guild closely. The last few years have been good for Cery. He has a respected position among the Thieves, and connections in high and low places. When an exotic stranger offers to help him with a secret task, Cery knows he should refuse, but life would be boring without the occasional risk.… As Akkarin reveals more, Sonea does not know what to believe or what she fears most—that the truth is as terrifying as he claims or that he is trying to make her his accomplice in black magic.
Buy Kindle Version
Buy Paperback Version
Buy Hardback Version 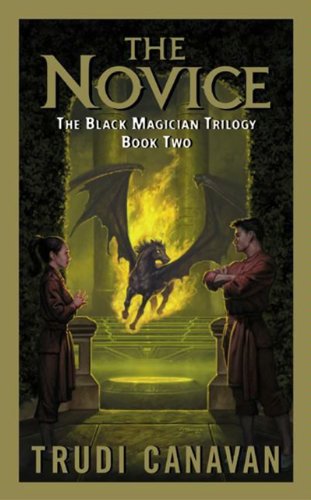 The Novice: The Black Magician Trilogy

Sonea knows the other novices in the Magicians’ Guild all come from powerful families, but she also knows she can turn to Rothen and Dannyl for help when she needs it. That is, until someone starts spreading malicious rumours about her—and Akkarin, The High Lord, steps in. Promoted to Guild Ambassador, Lord Dannyl leaves for the Elyne court. His first order from Administrator Lorlen is to resume, in secret, High Lord Akkarin’s long-abandoned research into ancient magical knowledge. Not knowing the true reason for his journey, Dannyl is soon facing unexpected dangers. Meanwhile, Sonea has almost forgotten the High Lord’s dark secret, but keeping the truth hidden may be a grave mistake.…
Buy Kindle Version
Buy Paperback Version
Buy Hardback Version 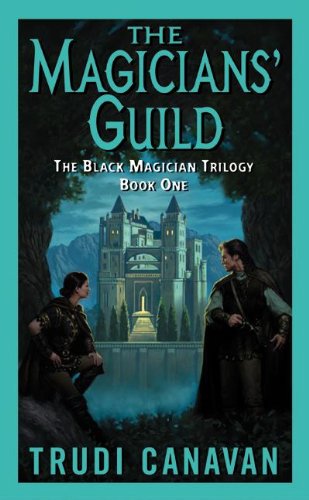 Each year the magicians of Imardin gather together to purge the city streets of vagrants, urchins and miscreants. Masters of the disciplines of magic, they know that no one can oppose them. But their protective shield is not as impenetrable as they believe. Sonea, angry, frustrated and outraged by the treatment of her family and friends, hurls a stone at the shield, putting all her rage behind it. To the amazement of all who bear witness, the stone passes unhindered through the barrier and renders a magician unconscious. The guild's worst fear has been realised ...There is an untrained magician loose on the streets. She must be found before her uncontrolled powers unleash forces that will destroy both her, and the city that is her home.
Buy Kindle Version
Buy Paperback Version
Scroll to top