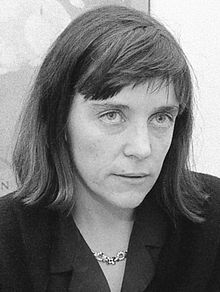 Ursula Dubosarsky was born in Sydney, Australia in 1961, the third child in a family of writers. From the time she was first able to read, at age six, she wanted to be a writer. She wrote stories and poems and puppet plays all through primary and high school.

After finishing school, Ursula went to Sydney University to study English and languages, including Old Icelandic, Latin and Greek. When she graduated, she moved to Canberra to work in the public service, and in the evenings after work she wrote a time slip adventure called "Zizzy Zing".

She then spent a year traveling, meeting her Argentinean husband, Avi, while working on a kibbutz in Israel. They married in London, then returned to Australia to live, where their daughter Maisie was born.She wrote a comic children's novel, "High Hopes", which she sent as an unsolicited manuscript to Jane Godwin at Penguin Books in Melbourne. The book was accepted.

Since this time, Ursula has published many more novels as well as a number of books for younger children, and has won several prestigious national literary prizes. From 2004 she worked for a number of years as an editor on the NSW School Magazine, a long-running literary magazine for school children. She lives in Sydney with her family - Avi, daughter Maisie, and two sons, Dover and Bruno. 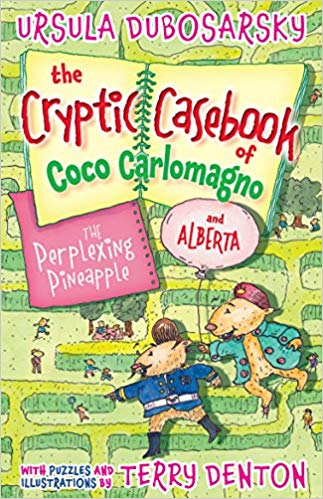 The Perplexing Pineapple (The Cryptic Casebook of Coco Carlomagno and Alberta)

Can Coco and Alberta solve the mystery? The first in a new chapter book series featuring two mystery solving guinea pigs. Buenos Aires' Chief of Police, Coco Carlomagno, is sure his office high in the Obelisco is haunted. Every day at the same time he sees a floating pineapple and every day he hears a terrible noise. What could it mean? Who could it be? There's only one guinea pig Coco can turn to to help him in his hour of need: his logic-loving cousin Alberta. Can Alberta help him unravel the mysteries of the perplexing pineapple?
Buy Kindle Version
Buy Paperback Version 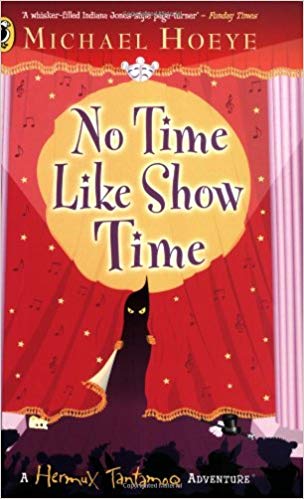 This is the third Hermux Tantamoq adventure [trademark]. Hermux Tantamoq, watchmaker, coffee-lover and accidental hero, is back in Pinchester, trying to return to his normal life. Then he receives a mysterious invitation to the Varmint Variety Theater - from the theatre's owner, presiding genius and all-round impresario, Fluster Varmint. Fluster is in trouble. He needs help of a highly confidential nature. He is being blackmailed. Somebody wants his theater - and worse, that somebody just might be connected with evil Tucka Mertslin. Hermux has only one option - he has to help. But how will our hero cope with the world of showbiz?
Buy Paperback Version
Buy Hardback Version 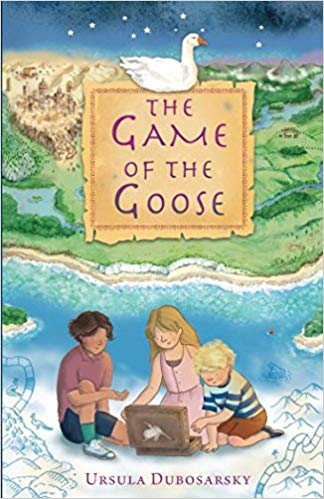 The Game of the Goose

The story of three children who are swept into a magical adventure and sometimes dangerous journey of mystery and self-discovery. A classroom read-aloud favourite which will have young listeners on the edge of their seats. Inspired by the traditional European board game the Game of the Goose. "Imaginative, risky and metaphoric … A book of exceptional beauty. A little masterpiece.” The Sunday Age “Enigmatic and original. A treasure for the bookshelf.” Magpies Shortlisted for the Queensland Premier’s Literary Award and for the Children's Book Council of Australia Book of the Year award. URSULA DUBOSARSKY was born in Sydney and is the author of over 50 books for children and young adults. She has won multiple national literary prizes and has been nominated for both the Hans Christian Anderson and Astrid Lindgren international awards for children’s literature. Cover illustration and design by Amy Golbach
Buy Paperback Version 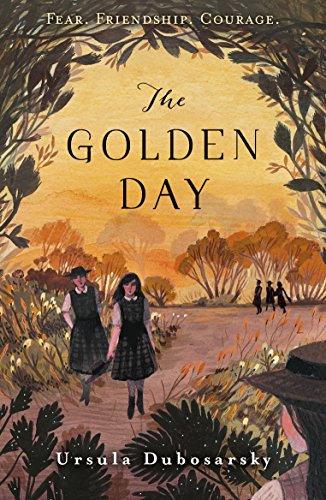 The Vietnam War rages overseas but back home, in a year that begins with the hanging of one man and ends with the drowning of another, eleven schoolgirls embrace their own chilling history when their teacher abruptly goes missing during a school outing. Who was the mysterious poet they had met in the garden? What actually happened in the seaside cave that day? And most important – who can they tell about it? In beautifully crafted prose that shimmers and fades, Ursula Dubosarsky reveals how a single shared experience can alter the course of young lives for ever. Part gripping thriller, part ethereal tale of innocence lost, The Golden Day is a poignant study of fear and friendship, and of what it take to come of age with courage.
Buy Kindle Version
Buy Paperback Version
Buy Hardback Version 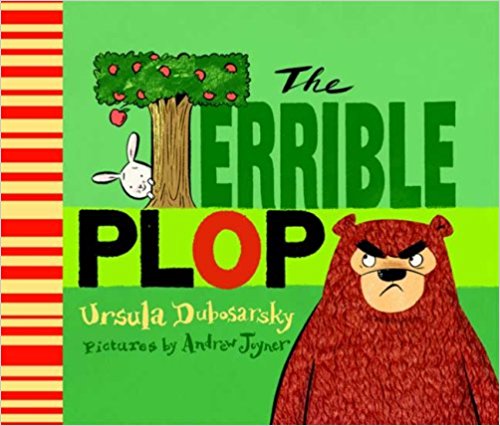 The Terrible Plop: A Picture Book

In this uproarious update of a favorite story, an unexplained noise leads to pandemonium among the animals. The fox, the elephant, even the big brown bear prove no match for the Terrible Plop. Only the littlest bunny learns not to panic when the sky―or something else up there―is falling. Bright, energetic illustrations and a lively rhyming text combine to make this a perfect read-aloud story for little ones needing assurance that plops in the day or bumps in the night aren't as scary as they might seem.
Buy Paperback Version
Buy Hardback Version
Scroll to top