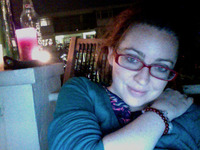 Van Badham's first novel, Burnt Snow was published by PanMacmillan in 2010. The second volume of the paranormal saga, White Rain, is released SOON. Van was born in Sydney and began her writing career as a playwright, staging her first professional play at 15. Her plays have appeared in Australia, the UK, Germany, the USA, Iceland, Slovenia, Austria and Switzerland. She has been staged at the Royal Court Theatre, was the first Australian playwright selected for New York's Summer Play Festival, has won a Queensland Premier's Award and the NSDF International Playscript Competition and written for BBC TV and radio. An award-winning critic and screenwriter, she also writes for music theatre. 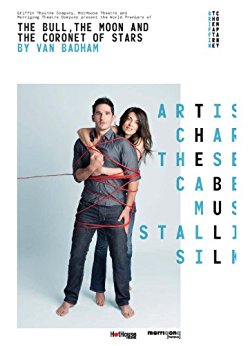 The Bull, The Moon and the Coronet of Stars

Alone in the museum, in the dark, Marion unravels a ball of string so Michael can venture into a mystery. In recent weeks, strange stirrings have haunted the ancient relics and rumours of a monster abound. Michael finds his way back to her and to an impossible situation. Marion flees and finds herself the prim centre of an over-sexed septuagenarian art group at a seaside resort. Here, Marion is infuriated by Mark, a wayward sommelier with an eye for the ladies, determined to disrupt her lessons and her life.
Buy Kindle Version
Buy Paperback Version
Scroll to top