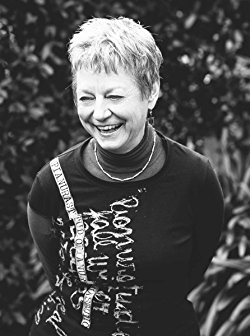 When a voice wakes you up in the middle of the night and tells you to write a mystery series, what's a writer to do? That's how Virginia King came to create Selkie Moon, after a massage from a strange woman with gifted hands was followed by this nocturnal message. Virginia sat down at the keyboard and waited until Selkie Moon turned up. Soon she was hooked, exploring far-flung places full of secrets where Selkie delves into psychological clues tangled up in the local mythology.

Before Selkie Moon invaded her life, Virginia had been a teacher, an unemployed ex-teacher, the author of over 50 children's books, an audio-book producer, a workshop presenter and a prize-winning publisher. These days she lives in the Blue Mountains west of Sydney with her husband, where she disappears each day into Selkie Moon's latest mystery. Bliss. 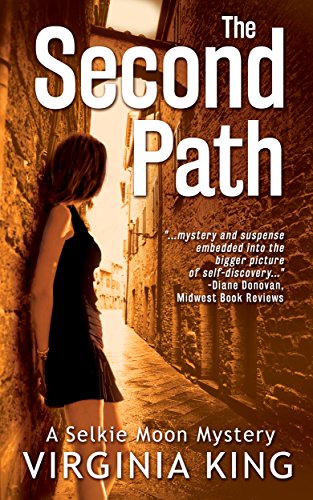 The Second Path (The Mysteries of Selkie Moon) (Book 2)

"Imagine an Indiana Jones adventure, only on a more personal, psychic level ..." Diane Donovan, Midwest Book Review Naked and confused. Selkie Moon can’t remember. When Selkie Moon finds herself naked on a Hawaiian beach, she has no memory of the past two weeks. Recovering at a friend’s house, she wakes to find a bizarre collection of items scattered across the floor, items she apparently gathered in her sleep: a rock, a spoon, a message scrawled in lipstick … What do they all mean? Only her subconscious knows. A dark fairy tale journey takes Selkie around the globe, from Honolulu to Sydney to Paris. Filled with mythical clues, fear and laughter, The Second Path has Selkie unravelling the mystery behind the strangest clue of all – the word that keeps haunting her: home. Join Selkie Moon and a cast of quirky characters through a maze of mythical clues and psychological suspense to a conclusion you’ll never see coming.
Buy Kindle Version
Buy Paperback Version
Buy Hardback Version 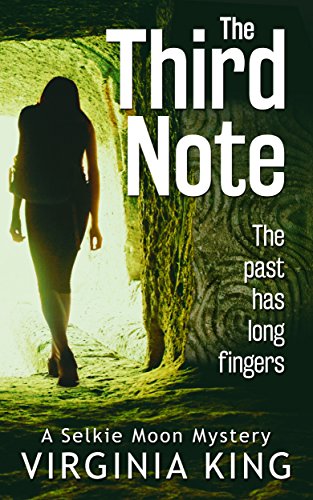 The Third Note (The Mysteries of Selkie Moon) (Book 3)

A mysterious parcel. An unsolved crime. A spell from beyond the grave. After returning from her last strange quest, Selkie Moon is more than ready to settle down. So when she receives a parcel from her great grandmother 35 years after her death, opening it seems like such a bad idea. But curiosity wins and the objects it contains plunge Selkie into long-buried family secrets. Suddenly an old mystery begins to echo with the present and she’s wrapped in a spell that won’t let go: frightening visions, deadly encounters and a pull from the past that she can’t ignore. What happened down by the old stone well in 1896 – and why does it matter to Selkie after more than a hundred years? Armed with only her wits and psychic twinges that are hardly reliable, Selkie is drawn into a web of cryptic clues that delve deep into the folklore of Ireland where superstition still weaves a powerful – and fatal – spell. If you love mysteries with lightning pace, twists and turns you never see coming, quirky clues and a sprinkling of the supernatural, then you’ll love The Third Note. Join Selkie Moon on a quest that will threaten not only her sanity, but her life.
Buy Kindle Version 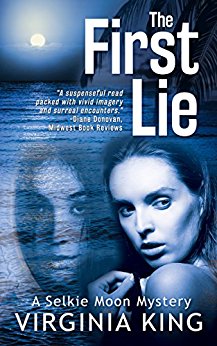 The First Lie (The Mysteries of Selkie Moon) (Book 1)

A thrilling and emotionally devastating journey through the messy magic that can redeem us, if we’re brave. When Selkie Moon reclaims her fairy tale name and runs away to Hawaii, she unleashes a quest she never imagined. It begins with a warning in a dream and a stranger’s face in her bathroom mirror. Suddenly Selkie’s on an odyssey through mystical clues and psychic messages to discover who’s trying to kill her. As her visions hint at long-buried secrets, a danger lurks closer than she thinks. Selkie's instinct is to keep running. But is she running from her past or her future? And can she uncover the life-changing truth before time runs out? Cancel a couple of night’s sleep and join Selkie Moon on the roller-coaster ride of her life.
Buy Kindle Version
Buy Paperback Version
Buy Hardback Version
Scroll to top