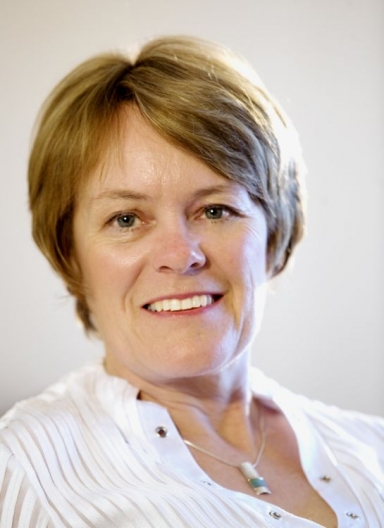 Wendy Orr was born in Edmonton, Canada, but with a father in the Air Force, grew up in various places in France, Canada and Colorado.

Although Wendy first learned to read and write in French, her family spoke English at home. She clearly remembers the excitement of reading a story in her own language for the first time. She immediately started writing stories, plays and poems, and hasn’t stopped since.

When she was 9, she wrote a story called “Spring Island” about a little girl running away from an orphanage to live on an island. In many ways, this was the first draft of Nim’s Island.

At the end of high school, Wendy thought of studying journalism but couldn’t imagine being a reporter, and instead started Animal Care in Kingston, Ontario. Realising that course wasn’t for her either, she went to England for the summer and stayed in London to study Occupational Therapy. On a short holiday in Wales she met an Australian at a Youth Hostel – six months later she and Tom were married, and as soon as she’d graduated, she migrated to Australia, and later became an Australian citizen.

They moved to Albury, New South Wales, where Wendy worked as an occupational therapist. Their son James was born in 1979; a year later they bought their first farm, in northeast Victoria. Their daughter Susan was born there the following year. They now live on five acres of bush in Victoria’s Mornington Peninsula.

Wendy started writing seriously in 1986. At the end of that year she wrote the picture book Amanda’s Dinosaur, which won an Ashton Scholastic competition for an unpublished picture book text. Her career grew steadily from that point, although she continued working as an occupational therapist until 1991 when injuries from a catastrophic car accident turned her into a full time writer.

Some of Wendy’s books are written purely from imagination and some have been sparked by events in her own life, such as Peeling the Onion, some parts of Ark in the Park and the background for Leaving it to You, and the adult novel, The House at Evelyn’s Pond.

After the thrill of initial publication, Wendy sees the highlights of her writing career as:

Peeling the Onion receiving a wonderful reception in Australia and internationally, from both critics and readers, with awards including the Honour Book for the Children’s Book Council of Australia Book of the Year, older readers, in 1997, and an American Library Association Book for older readers, as well as listing on their Best of the Best list (best 100 books in the last 50 years).

Nim’s Island being picked up, optioned and made into a film starring Jodie Foster, Abigail Breslin and Gerard Butler. Working on the script and being involved in the five year process was one of the most intellectually stimulating times of her life.

The translation of Nim at Sea into the film Return to Nim’s Island, starring Bindi Irwin as Nim, was also tremendous fun.

Wendy also sees her latest book, Dragonfly Song, as a milestone simply because following her instinct to write it partly in free verse was a challenge, and yet she felt at times that it was the book she’d been working towards all her life. But now she’s starting the process again and falling in love with a new story and character – there will always be another book to write. 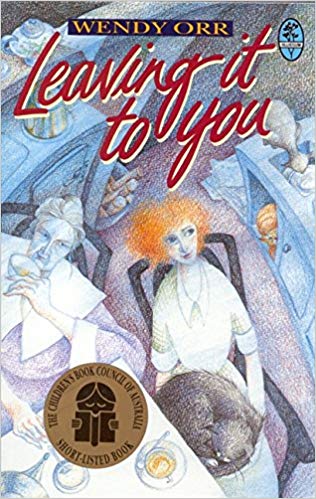 Leaving it to You (Bluegum)

Jenny becomes involved in a project visiting old people and meets Mrs Pugh, an independent Welsh woman with rheumatoid arthritis, a quick temper and a musty house full of cats and antiques. One day Jenny discovers Mrs Pugh unconscious in bed, and some of the antiques are missing.
Buy Paperback Version
Scroll to top