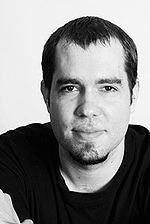 Will Elliott (born 1979) is an Australian horror writer who lives in Brisbane, Queensland.

Will is currently tutoring at the University of the Sunshine Coast.

His debut novel The Pilo Family Circus was published in Australia in 2006 after winning the inaugural ABC Fiction Award (sponsored by ABC Books). The novel went on to win the Aurealis Award (co-winner: Best Horror novel, plus the Golden Aurealis Award),[5][6][7] the Australian Shadows Award,the Ditmar Award (Best Novel), the Sydney Morning Herald's "Best Young Novelist Award" for 2007 and the 'Premios Nocte' Best Foreign Book Award 2011. The Pilo Family Circus also short-listed for the 2007 International Horror Guild Award for Best Novel. The Pilo Family Circus has been picked up for North American distribution by Victoria Blake's new publishing company, Underland Press and was scheduled to be one their debut novels in 2009.

Elliott dropped out of a law degree at 20 when he developed schizophrenia. Although The Pilo Family Circus is about a young man struggling with a psychotic alter-ego when he dons clown face paint, Elliott has said the novel is not autobiographical.

Elliott's memoir "Strange Places" was released in Australia on 1 May 2009, chiefly dealing with Elliott's experiences with schizophrenia and detailing the development of his writing career. It was short-listed for the Prime Minister's Literary Awards for Non-fiction in 2010.

His foray into mainstream fantasy, "The Pendulum Trilogy" consists of the three novels Pilgrim, Shadow and World's End. Pilgrims was published on 1 April 2010, Shadow on 1 January 2011 and World's End on 1 October 2011 by HarperCollins Publishers Australia. Elliott has expressed disappointment with this series, mentioning that it was written in difficult personal circumstances, and that it is "not the kind of fiction he should be writing", despite some positive critical response from reviewers in the fantasy genre. 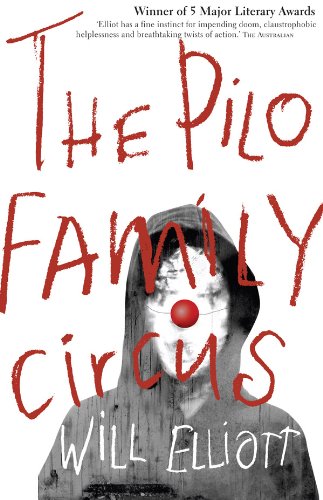 Jamie's tyres squealed to a halt. Standing in the glare of the headlights was an apparition dressed in a puffy shirt with a garish flower pattern It wore oversized red shoes, striped pants and white face paint. It stared at him with ungodly boggling eyes, then turned away... this seemingly random incident triggers a nightmarish chain of events as Jamie finds he is being stalked by a trio of gleefully sadistic clowns who deliver a terrifying ultimatum: you have two days to pass your audition. You better pass it, feller. You're joining the circus. Ain't that the best news you ever got? Jamie is plunged into the horrific alternate universe that is the centuries-old Pilo Family Circus, a borderline world between hell and earth from which humankind's greatest tragedies have been perpetrated. Yet in this place peopled by the gruesome, grotesque and monstrous, where violence and savagery are the norm, Jamie finds that his worst enemy is himself - for when he applies the white face paint, he is transformed into JJ, the most vicious clown of all. And JJ wants Jamie dead.
Buy Kindle Version
Buy Paperback Version
Buy Hardback Version
Scroll to top