(1915-2002) Australian motoring journalist and author who began publishing work of genre interest with "Beyond the Infinite" for Adam and Eve in 1934, though the then fell silent until the mid-1950s, at which point he also began to sell to overseas markets, starting with "The Non-Existent Man" (July 1958 Amazing); after 1960, however, he did not sell to the American market for a quarter of a century. Whiteford's mature work turns again and again to dilemmas attending First Contact with Alien civilizations, often more advanced than Homo sapiens; unlike many American writers in 1960 or so – and at times clearly prefiguring the outsider mind-set of James Tiptree Jr – Whiteford tends to treat his abiding concerns as problems in Exogamy, with humans the aspirants. (It may be that women and colonials are well placed to understand the phenomenon.) The first example of this kind of story is "Shadow of the Sword" (October 1958 Fantastic Universe), where the discovery of an ancient artefact on Triton leads to the expectation that a Forerunner species may be responsible, as occurs in the sequel, "Distant Drum" (July 1959 Science Fiction Adventures).

After another hiatus, Whiteford began publishing again with some stories set in the Kesrii universe, the Kesrii being Aliens who arouse exogamy longings in humans. These stories, beginning with "Beyond Aldebaran" (in Envisaged Worlds, anth 1978, ed Paul Collins), were incorporated into The Hyades Contact (fixup 1987). His first novel, Breathing Space Only (1980), a rather downbeat Ruined Earth tale set in the mountains of inner Australia, ends with its protagonist isolated among superior humans, returned from the stars, with whom he has nothing in common. It was followed by Sapphire Road (1982), another tale of First Contact, Thor's Hammer (1983), Lake of The Sun (1989), which deals with species interactions on Mars, and The Specialist (in Distant Worlds, anth 1981, ed Paul Collins; exp 1990). The overall argument of Whiteford's work, based on the premise that proper use of science and technology will save the human race, is positive. He received the Chandler Award in 1995. [JC/PN] 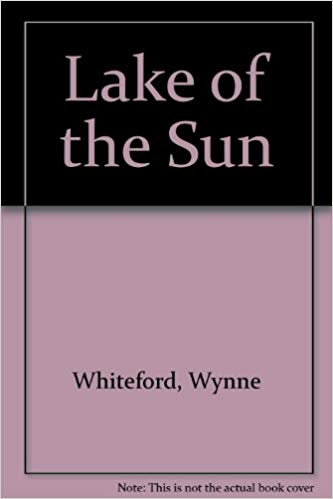 Lake Of The Sun