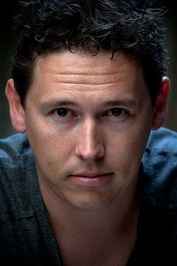 Zane Lovitt was a documentary filmmaker before turning his hand to crime fiction. His debut novel, The Midnight Promise, won the Ned Kelly Award for Best First Fiction, and led to Zane being named one of the Best Young Novelists of 2013 by the Sydney Morning Herald. Zane Lovitt lives in Melbourne. 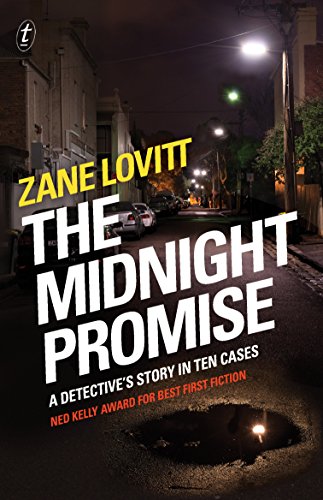 The Midnight Promise: A Detective's Story in Ten Cases

A brilliant Melbourne crime novel, told in ten hardboiled stories. Winner, Ned Kelly Awards, Best First Fiction, 2013. John Dorn is a private investigator. Just like his father used to be. It says 'private inquiry agent' in John's yellow pages ad because that's what his old man called himself, back before his business folded, his wife left him and he drank himself to death. But John's not going to end up like his father. He doesn't have a wife, or much business. He doesn't really drink, either. Not yet. In each of these ten delicious stories Zane Lovitt presents an intriguing investigation filled with humour and complex, beautifully observed characters. At their centre is John Dorn, solving not so much crimes as funny human puzzles; but the crimes, and the criminals, are forever lurking nearby, taunting him from the city's cold underworld. It's his job to unravel the mystery, or right the wrong, or just do what the client has hired him to do. Somehow, though, there is a misstep at every turn, and John takes another small stumble towards his moment of personal truth. His midnight promise. Perhaps even his redemption. Zane Lovitt was a documentary filmmaker before turning his hand to crime fiction, and his stories have since appeared in Scribe's New Australian Stories 2 and in the Ellery Queen Mystery Magazine. 'Leaving the Fountainhead' won the SD Harvey Short Story Award at the 2010 Ned Kelly Awards for Australian crime fiction. Zane lives in Melbourne. 'The Midnight Promise delivers. Zane Lovitt is a writer to watch.' Shane Maloney 'The Midnight Promise crashes straight into Temple, Corris and Chandler territory...You can recommend The Midnight Promise by the back cover - Text has it nailed.' Australian Bookseller and Publisher 'What makes Dorn such a compelling narrator is that for all his decrepitude he has a reflective spirit and an insightful eye...An often brutal, yet brutally reflective, examination of the human condition.' Weekend Australian 'Lovitt has crafted a notable, confident first novel. Intelligent, never ponderous, The Midnight Promisewears the battered fedora of the crime genre with stylish ease and moves at a brisk pace. Told with intensity and conviction, it offers a refreshing perspective on a well worked genre.' Australian Book Review 'The Midnight Promise is the kind of zesty Australian crime writing that doesn't come along often...Lovitt's evocation of Melbourne locales has the same recognisability, affection and flair for soaking up the stink of a place as Shane Maloney's Murray Whelan books.' Saturday Age, Sydney Morning Herald andCanberra Times 'Smacking of grit and realism...The Midnight Promise is flat-out one of the most enjoyable crime books out there. Australian noir with a nod to Raymond Carver - there's lots of drinking, dark streets, and wisecracks that you'll grin like mad over. Every story is its own little world, all completely satisfying but so involving you'll put the book down wishing for more.' Readings Monthly
Buy Paperback Version
Scroll to top
We use cookies to ensure that we give you the best experience on our website. If you continue to use this site we will assume that you are happy with it.Ok