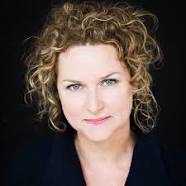 Emma Viskic is the author of the multi-award-winning Caleb Zelic series, RESURRECTION BAY and AND FIRE CAME DOWN. RESURRECTION BAY won the 2016 Ned Kelly Award for Best First Fiction, as well as an unprecedented three Davitt Awards: Best Adult Novel, Best Debut, and Readers' Choice. It was iBooks Australia's Crime Novel of the Year and a UK Financial Times Book of the Year.

Also a classically trained clarinettist, Emma's musical career has ranged from performing with José Carreras and Dame Kiri Te Kanawa, to busking in the London Underground. She lives in Melbourne and divides her time between writing, performing, and teaching. 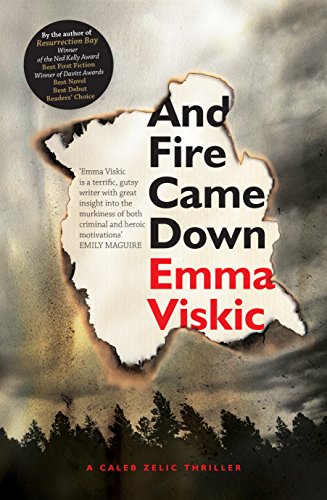 And Fire Came Down: A Caleb Zelic Thriller

Deaf since early childhood, Caleb Zelic is used to meeting life head-on. Now, he’s struggling just to get through the day. His best mate is dead, his ex-wife, Kat, is avoiding him, and nightmares haunt his waking hours. But when a young woman is killed, after pleading for his help in sign language, Caleb is determined to find out who she was. The trail leads Caleb back to his hometown, Resurrection Bay. The town is on bushfire alert, and simmering with racial tensions. As Caleb delves deeper, he uncovers secrets that could ruin any chance of reuniting with Kat, and even threaten his life. Driven by his own demons, he pushes on. But who is he willing to sacrifice along the way? 'I love the world that Emma Viskic has created, in all its complexity and in all its truth’ – Christos Tsiolkas 'Emma Viskic is a terrific, gutsy writer with great insight into the murkiness of both criminal and heroic motivations' – Emily Maguire The second Caleb Zelic thriller from the author of Resurrection Bay – Winner of the Ned Kelly Award for Best First Fiction, and Davitt Awards for Best Novel, Best Debut and Reader’s Choice.
Buy Paperback Version 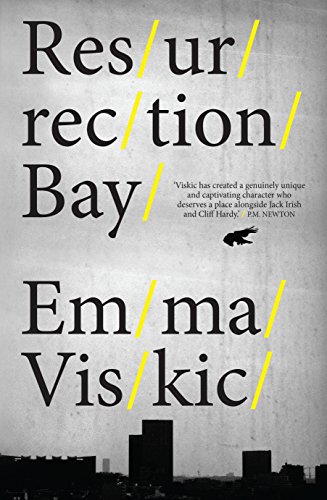 Caleb Zelic, profoundly deaf since early childhood, has always lived on the outside - watching, picking up telltale signs people hide in a smile, a cough, a kiss. When a childhood friend is murdered, a sense of guilt and a determination to prove his own innocence sends Caleb on a hunt for the killer. But he can’t do it alone. Caleb and his troubled friend Frankie, an ex-cop, start with one clue: Scott, the last word the murder victim texted to Caleb. But Scott is always one step ahead. This gripping, original and fast-paced crime thriller is set between a big city and a small coastal town, Resurrection Bay, where Caleb is forced to confront painful memories. Caleb is a memorable protagonist who refuses to let his deafness limit his opportunities, or his participation in the investigation. But does his persistence border on stubbornness? And at what cost? As he delves deeper into the investigation Caleb uncovers unwelcome truths about his murdered friend – and himself.
Buy Kindle Version
Buy Paperback Version
Scroll to top