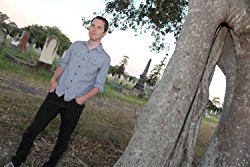 Greg Chapman is the Bram Stoker Award-nominated® and Australian Shadows Award-nominated author of Hollow House and the author of five novellas: Torment (2011 and 2016), The Noctuary (2011), Vaudeville (2012), The Last Night of October (2013 and 2016) and The Eschatologist (2016). His debut collection, Vaudeville and Other Nightmares, was published in 2014. His latest work is the novel The Noctuary: Pandemonium, published by Bloodshot Books in December 2017.

His short stories have appeared in numerous publications, including Dark Eclipse, DevolutionZ, SQ Mag, Midnight Echo, and several anthologies. His short story, The Bone Maiden, was an Australian Shadows Award finalist in 2015, as was his novella, The Eschatologist in 2016.

He is also a horror artist and his first graphic novel Witch Hunts: A Graphic History of the Burning Times, written by authors Rocky Wood and Lisa Morton, won the Superior Achievement in a Graphic Novel category at the Bram Stoker Awards® in 2013.

He also illustrated the comic series Allure of the Ancients for Midnight Echo Magazine and the one-shot comic, Bullet Ballerina, written by Tom Piccirilli. 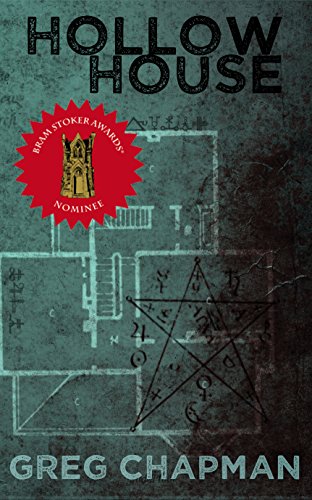 No one in Willow Street pays it any notice, not the disgruntled Campbell family next door, not Alice Cowley and her suicidal daughter, or Mr. and Mrs. Markham down the road. Not even Darryl, the loner at number seventy, who is abnormal himself, thinks much about it. It is just the old Kemper House, forgotten and abandoned. Until it makes itself known. When the stench of death wafts from Kemper House through Willow Street, and comes to the attention of recent resident and newspaper reporter, Ben Traynor, it starts a chain of horrors that brings Kemper House's curse into their own homes and leads others direct to its door. Kemper House not only haunts its neighbours, it infects them with an evil that traverses time and reality itself.
Buy Kindle Version
Buy Paperback Version 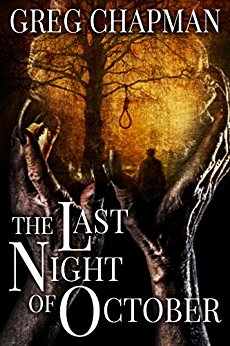 The Last Night of October

Seventy-year-old Gerald Forsyth dreads Halloween. Every year, on October 31st, a lone child has knocked on his door -- a nightmarish reminder of a tragedy from Gerald's past. Each Halloween, Gerald has been able to keep his door locked and the monstrous memory at bay, but now the ravages of emphysema have left him a disgruntled and feeble-minded old man. When a new hospice nurse named Kelli arrives unexpectedly to replace his regular nurse on Halloween night, Gerald is caught unawares. Before he can warn her, Kelli is inviting the threat into his home. The horrors that unfold will be no trick, and the only treat the child will accept is the old man's soul. Before the night ends, Gerald will have no choice but to bring his dark secret into the light.
Buy Kindle Version
Scroll to top