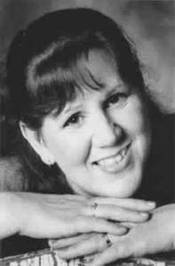 Marianne Curley was born in Windsor, NSW, Australia, in 1959 and lived on a property hugging the Hawkesbury River until a flood washed away the family home when she was five. Her family moved to a farm on the outskirts of Sydney called Plumpton, and with no close neighbours, Marianne soon discovered her love of books. Marianne has worked as a legal stenographer and teacher of adult education. She undertook writing courses, experimenting with different styles and techniques. She soon found writing for young adults the most challenging and satisfying.
Marianne began her writing career while raising her young family in Coffs Harbour, NSW, an idyllic environment where she lived for twenty years. Today she lives on a mountain in the Gold Coast Hinterland, where, surrounded by rainforests and stunning views, she is continuing with her writing career after a serious battle with cancer and a fall which left her with several broken vertebra. Now Marianne’s children are all grown and left home, and while they still inspire her writing, they have become her first-readers, giving her their invaluable critiques.
Marianne’s first four novels, Old Magic, The Named, The Dark and The Key, have been published by Bloomsbury Publishing in Australia, NZ, the UK, and the USA, with translations into more than a dozen foreign languages. All four of Marianne’s first novels have won numerous awards, and reached sales in excess of half a million worldwide. The USA edition of Old Magic was published by Simon & Schuster to great success.
Awards
The Named
An International Reading Association’s Young Adult Choice 2004
A “Recommended Read” Red House Children’s Book Award 2003
A “Recommended Read” in the WAYRBA – West Australian Young Reader’s Book Awards 2005
The Dark
An International Reading Association’s Young Adult Choice for 2005
A Junior Library Guild Selection 2005
An International Reading Association’s Teacher’s Choice for 2005
Old Magic
An International Reading Association’s Young Adult Choice for 2004
In 2004 doctors diagnosed Marianne with a form of bone marrow cancer called Myelofibrosis, informing her that she had only a short time to live. But after a stem-cell bone marrow transplant using her sister’s cells, she began to recover. Marianne has now been cancer free for ten years and is back writing as strong as ever.
Marianne’s latest paranormal fantasy series is a trilogy called The Avena Series, also known as Hidden Novels. Her publishers, Bloomsbury Publishing, released Hidden in March 2013, Broken in March 2014 and Fearless in 2015. All three books are available in the USA in paperback.
Marianne is now writing the fourth book in The Guardians of Time series, to be released in September 2017. She also has a contemporary novel in the works as well as a paranormal fantasy with time travel. 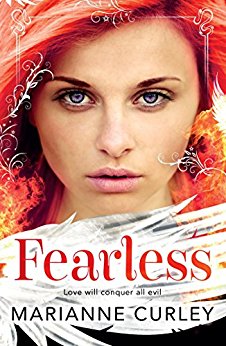 Perfect for fans of Becca Fitzpatrick, Lauren Kate and many more. Ebony and Nathaneal were in love before they were even born. Torn apart and kept in different worlds, will they finally reunite in this exquisite conclusion to Hidden and Broken? Ebony was kept hidden on Earth for sixteen years, unaware that she was an angel. Unaware that her true soulmate, Nathaneal, was searching for her. Now ready to claim her rightful place with him, in a cruel twist of fate Ebony is captured and imprisoned in a version of hell. Knowing that Nathaneal will come for her, Ebony is determined to fight against the evil that holds her prisoner. As long as she has Nathaneal's love, Ebony has nothing to fear. Can Nathaneal break through the gates of hell? Will these long-lost lovers finally reunite and fulfil their destiny?
Buy Kindle Version
Buy Paperback Version 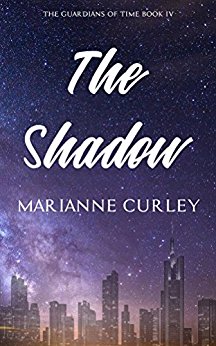 The battle is over. The war is won. The prophecy complete. But life can’t just pick up where it left off for Ethan. Struggling to cope with the death of his soulmate, at odds with his friends in the Guard, he finds himself adrift, jumping at shadows and sensing someone who can’t possibly be there. Blaming herself for Lathenia’s death, Jesilla swears to avenge her mother and fulfil her final plans. But she hadn’t planned on falling in love. And that leaves her with an impossible choice – should she follow her heart or the parental strings of a Goddess, short on praise but high on expectation, that continues to pull on her from the grave? As the Guard and the Order battle through the past and into an impossible future, darkness lurks around every step. The fight for the world’s survival will rest with just one. Is it a friend or foe that hides in The Shadow?
Buy Kindle Version
Buy Paperback Version
Scroll to top