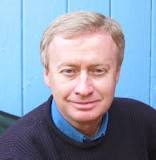 Robert Gott was born in the small Queensland town of Maryborough in 1957, and lives in Melbourne. He has published many books for children, and is also the creator of the newspaper cartoon The Adventures of Naked Man. He is also the author of the William Power trilogy of crime-caper novels set in 1940s Australia- Good Murder, A Thing of Blood, andAmongst the Dead. 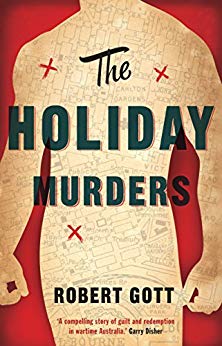 On Christmas Eve, 1943, the newly formed but undermanned Homicide division of the Melbourne police force is called to investigate the vicious double murder of a father and son. When Military Intelligence becomes involved, Homicide’s Inspector Titus Lambert must unravel the personal from the political. If only the killings had stopped at two. The police are desperate to come to grips with an extraordinary and disquieting upsurge of violence. For Constable Helen Lord, it is an opportunity to make her mark in a male-dominated world where she is patronised as a novelty. For Detective Joe Sable, the investigation forces a reassessment of his indifference to his Jewish heritage. Racing against the clock, the police uncover simmering tensions among secretive local Nazi sympathisers as a psychopathic fascist usurper makes his move. The Holiday Murders explores a little-known and sometimes violent corner of Australian history, and finds oddly modern echoes in its paranoia, xenophobia, and ugly fervour.
Buy Kindle Version
Buy Paperback Version 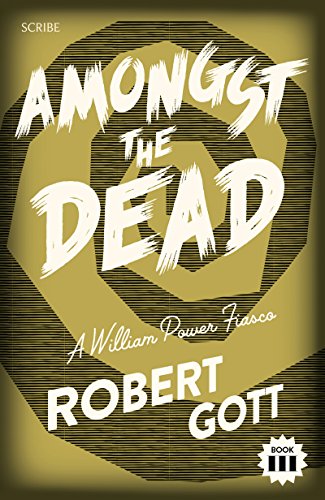 Amongst the Dead: a William Power mystery

Failed Shakespearean actor and would-be private investigator Will Power’s unique detective skills are, once again, in demand. The Japanese army is rampaging through the islands of the South Pacific, and Australia’s front line of defence is a top-secret, crack division of men embedded deep in the tropical wilderness of northern Australia. But something is threatening their vital, covert mission: one of this elite corps is a murderer, preying on his comrades, one by one. With a case too sensitive to be trusted to the police, military intelligence turn to the one man whose singular combination of abilities make him capable of infiltrating the clandestine military operation and rooting out the killer. William Power goes into deep cover, posing as a cheap, vaudeville entertainer on tour to relieve the troops. Enlisting the help of his brother, whose latent skills for female impersonation rise to the occasion, Will soon finds himself in the far-northern outback trying to raise the morale of a group of desperate young soldiers lying in wait for the arrival of Tojo’s army — knowing all the while that one of them is the killer.
Buy Kindle Version
Buy Paperback Version
Scroll to top