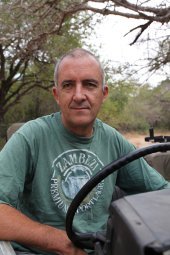 Tony Park was born in 1964 and grew up in the western suburbs of Sydney. He has worked as a newspaper reporter in Australia and England, a government press secretary, a public relations consultant, and a freelance writer.

He is also a major in the Australian Army Reserve and served six months in Afghanistan in 2002.

He and his wife divide their time between two homes, one in Sydney and another in South Africa on the border of the Kruger National Park. 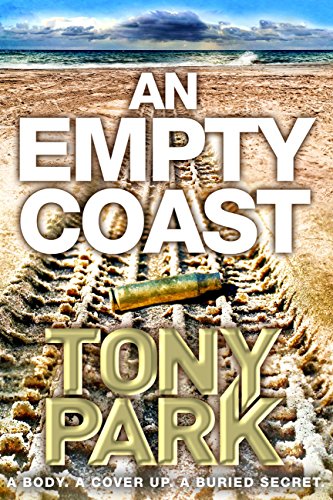 An Empty Coast by Tony Park is a gripping and stunning international thriller that will engross fans of Clive Cussler and Wilbur Smith. A body. A cover up. A buried secret. A father who will do anything to solve the mystery of his son's disappearance. A mother who will do anything to find her daughter. The man who tries to keep both parents alive. Sonja Kurtz - former soldier, supposedly retired mercenary - is in Vietnam carrying out a personal revenge mission when her daughter sends a call for help. Emma, a student archaeologist on a dig at the edge of Namibia's Etosha National Park, has discovered a body dating back to the country's liberation war of the 1980s. The remains of the airman, identified as Hudson Brand, are a key piece of a puzzle that will reveal the location of a modern day buried treasure - a find people will kill for. Sonja returns to the country of her birth to find Emma, who since her call has gone missing. Former CIA agent Hudson Brand is very much alive and is also drawn back to Namibia to finally solve a decades-old mystery whose clues are entombed in an empty corner of the desert.
Buy Kindle Version
Buy Paperback Version 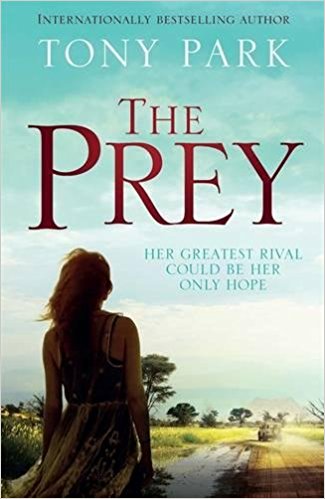 Cameron McMurtrie is a man who doesn't like interference in his work. So when Kylie Hamilton, an Australian executive working for the international mining company Global Resources, is sent to South Africa to investigate a new site on the edge of the Kruger National Park, Cameron is less than welcoming. But when a group of illegal miners - men with nothing to lose, led by a man intent on destroying Cameron - kidnap one of Global Resources' employees, Cameron is forced into action - and collaboration. In such tense circumstances, Kylie and Cameron find that their mutual dislike evolves into solidarity, perhaps even something more. If they work together there is a chance they can save the kidnapped man.
Buy Kindle Version
Buy Paperback Version 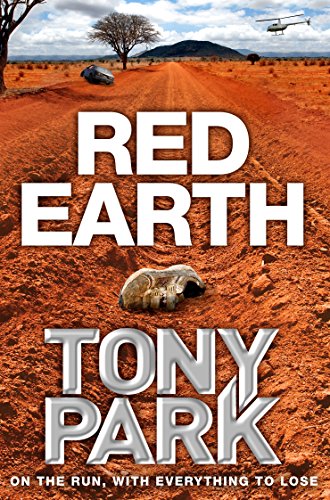 Red Earth by Tony Park, the author of An Empty Coast, is a full-throttle international thriller that will engross fans of Clive Cussler. On the run, with everything to lose . . . On the outskirts of Durban, Suzanne Fessey fights back during a vicious carjacking. She kills one thief but the other, wounded, escapes with her baby strapped into the back seat. Called in to pursue the missing vehicle are helicopter pilot Nia Carras from the air, and nearby wildlife researcher Mike Dunn from the ground. But South Africa's police have even bigger problems: a suicide bomber has killed the visiting American ambassador, and chaos has descended on KwaZulu-Natal. As Mike and Nia track the missing baby through wild-game reserves from Zululand to Zimbabwe, they come to realize that the war on terror has well and truly arrived . . .
Buy Kindle Version
Buy Paperback Version 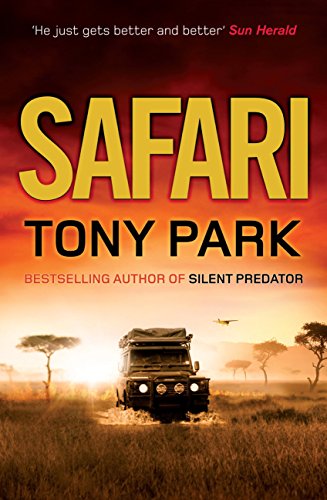 A volatile Zimbabwe and the jungles of the Congo are the battlefields for a deadly game of cat and mouse in Africa's wildlife wars. Canadian researcher Michelle Parker jumps at the chance to visit the famed mountain gorillas, but she is wary of the man offering it, a professional big game hunter, Fletcher Reynolds. He represents everything that she has fought against - the slaughter of animals for material gain - but she is reassured by his apparent support for the stamping out of poaching. Ex-SAS officer Shane Castle has been recruited by Fletcher to spearhead the anti-poaching campaign. Shane has seen what bullets can do to both man and animal. He makes Michelle start to doubt the choices she has made.
Buy Kindle Version
Buy Paperback Version 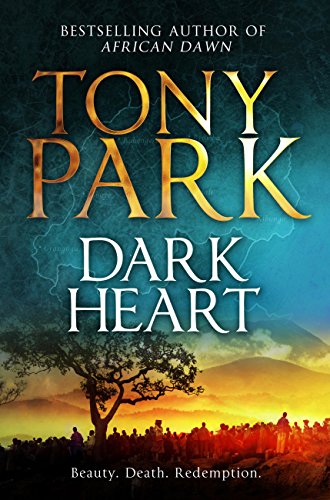 Under the African sun, the shadow of the past is never far away. During the Rwandan genocide, three foreigners - UN worker Carmel Shang, military doctor Richard Dunlop, and journalist Liesl Nel - were forced to stand by, powerless to prevent the massacre and unable to escape witnessing the horrors. 20 years later, scattered across the world, the wounds of Rwanda still run deep. Now, a tattered photograph that was clutched in the hand of a dying man holds a clue that brings them back together... and hides a secret that is making them a target of an assassin. Hunted through South Africa's Kruger National Park to Zambia, Australia, and back to Rwanda, the three must bring themselves to confront not just the scars of a nation and a continent, but of their own hearts.
Buy Kindle Version
Buy Paperback Version 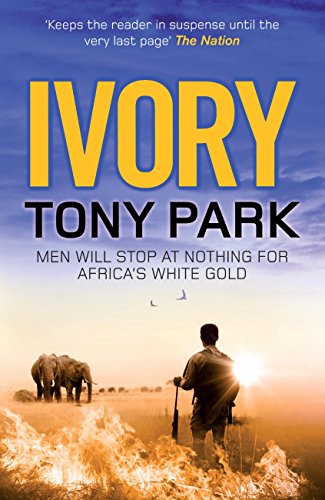 Alex Tremain is a pirate who needs to up his game. He's facing a mounting tide of debts and his crew of ex-military cutthroats is getting restless. A chance raid on a wildlife smugglers' ship promises both bounty and excitement. Unfortunately, it also sets the Chinese triads after him. As a pleasing distraction corporate lawyer Jane Humphries lands, literally, in his lap. But once again his luck doesn't last - it turns out her lover is a ruthless shipping magnate backed up by a bunch of deadly contract killers. What Alex needs is one last, big heist. When the South African Government makes a controversial decision to reinstate the culling of elephants in its national parks, Alex thinks his luck has finally changed. He couldn't be more wrong . . .
Buy Kindle Version
Buy Hardback Version 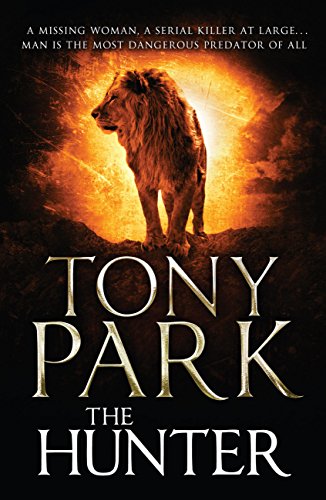 Safari guide and private investigator Hudson Brand hunts people. He's on the trail of Linley Brown, a young woman named as the beneficiary of a life insurance policy. Linley's friend Kate is believed dead following a car crash in Zimbabwe, but Kate's sister believes that she is still alive - and needs Linley to give her answers. But Linley doesn't want to be found. South African detective Sannie van Rensburg is also looking for Linley. But her priority right now is a murderer. The killer could be a safari guide, and Hudson Brand is top of her list of suspects. Sannie and Hudson cross paths as they track Linley from South Africa and Zimbabwe to the wilds of Kenya's Masai Mara game reserve. The hunt is about to turn deadly.
Buy Kindle Version
Buy Paperback Version 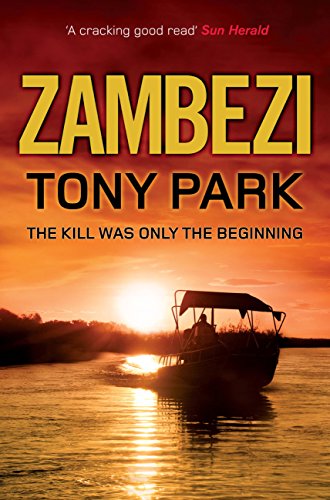 When a young American research assistant is killed by a lion, three people are devastated - Jed Banks, an American Special Forces soldier serving in Afghanistan; Professor Christine Wallis, a wildlife researcher in South Africa; and Hassan bin Zayid, a hotel magnate in Zambia. The victim, Miranda Banks-Lewis, was their daughter, protegee, and lover respectively. Desperate to find out what happened to Miranda, Jed and Christine set out on a perilous journey of discovery. Forced to pit themselves against the continent's dangers, they will also learn shocking truths about the woman they thought they knew.
Buy Kindle Version
Buy Paperback Version 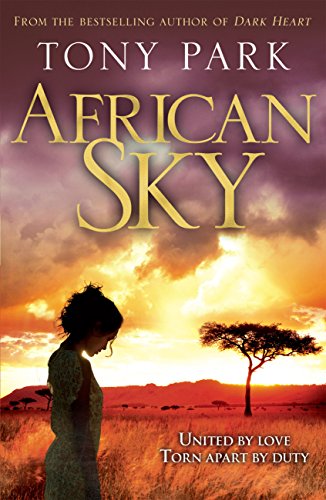 Rhodesia, 1943. The body of parachute instructor and local celebrity, Felicity Langham, has been found brutally raped and murdered. The police have arrested the most obvious suspect, a black man named Innocent. But it turns out, he is. WPC Pip Lovejoy is convinced that there's more to this case than meets the eye and is determined to obtain justice for the murdered woman. Paul Bryant, the Squadron Leader responsible for training RAF pilots, needs to find out why three aircraft have crashed in as many weeks. One of the pilots has been discovered killed by poisoned arrows, but there is no sign of his plane. When Pip and Bryant's investigations collide, a much more serious crime becomes apparent. The man behind it, Reitz, believes that if Hitler can cull the Jews, he can pull the blacks. Reitz and his team have discovered a poison so deadly that a single drop of it can kill a man in less than a minute. Their plan is to detonate this poison bomb during an RAF passing out parade, killing a thousand pilots. This, in turn, would likely lead to civil war in South Africa. Reitz's aim is to create an independent Afrikaner-controlled South Africa, and he doesn't care what lengths he has to go to achieve it.
Buy Kindle Version
Buy Paperback Version 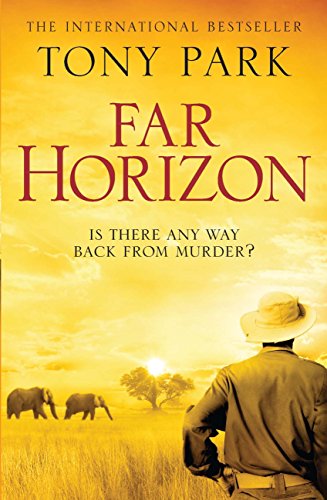 A bloody and tragic run-in with ivory hunters in Mozambique left Mike Williams, former Australian Army officer, in despair. A year on, the authorities are on the poachers' trail and need his help to catch them. Now, as an overland tour guide, he must choose between his duty to keep the young tourists in his care safe, and his hunger for retribution. Thrown into the mix is tenacious English journalist Sarah Thatcher, who is determined to cover the story. She'll risk anything and anyone for a scoop, but little does she realize the danger that lies ahead. The murderous hunters and the innocent travelers are on a parallel journey through Africa's most spectacular locations. Eventually, their paths will cross and Mike will have his shot at revenge. But at what cost?
Buy Kindle Version
Buy Paperback Version 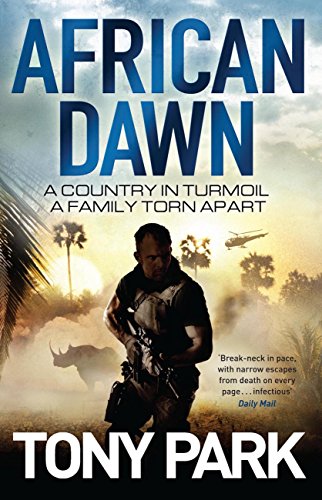 Natalie is ten years old when she is kidnapped by guerrillas from her grandparents' farm in Rhodesia. Bloodied, terrified, and beaten at the hands of her captor, her life is saved when a young soldier comes to her rescue. Thirty years later, Natalie returns to her homeland, now Zimbabwe. She becomes embroiled in the dangerous world of rhino conservation. Hunters are making a fortune on the black market by selling the horns and the survival of the black rhino is at stake. Natalie and her family must fight - not only to save Zimbabwe's rhinos, but to save themselves from the enemies who surround them. Spanning fifty years and three generations, African Dawn is the breathtaking saga of three families dealing with dark secrets and violent threats.
Buy Kindle Version
Buy Hardback Version 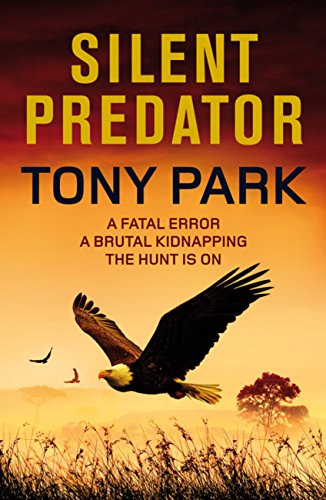 British Defence Minister Robert Greeves - vanished without a trace. In a luxury private safari lodge in Kruger National Park, Detective Sergeant and Protection Officer Tom Furey can't believe this happened on his watch, when he had his eye on a pretty girl rather than on the job. Knowing his career is on the line, Furey vows not to stop until Greeves is found - dead or alive. He and his South African counterpart, the attractive Inspector Sannie Van Rensburg, go against official orders and start the search for the suspected band of terrorists through the outer limits of the National Park to the coastal waters of Mozambique. Tom must assume nothing and trust no one, as the silent predator is about to pounce.
Buy Kindle Version
Buy Paperback Version
Scroll to top