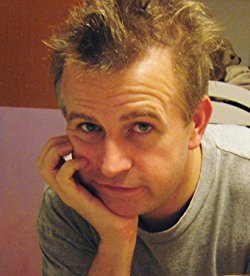 Andrez Bergen is an expat Australian writer, journalist, DJ, photographer, artist, and ad hoc saké connoisseur who's been entrenched in Tokyo, Japan, for the past 15 years.
He published noir/sci-fi novel 'Tobacco-Stained Mountain Goat' in 2011, surreal, Japanese culture-based fantasy 'One Hundred Years of Vicissitude' in 2012, comic book/noir/pulp homage 'Who is Killing the Great Capes of Heropa?' in 2013, the coming-of-age noir/mystery 'Depth Charging Ice Planet Goth' (2014), and hardboiled/horror romp 'Small Change' in 2015.
In addition he has published two graphic novels -- 'Tobacco-Stained Mountain Goat' (2014) and 'Bullet Gal' (2015), as writer/artist -- and three comic book series.
In 2013 Bergen also released 'The Condimental Op' (a collection of short stories, comics, and articles on music, movies and Japan), as well as co-editing 'The Tobacco-Stained Sky' anthology.
His next novel 'Black Sails, Disco Inferno' will be published in 2016.
Bergen has published short stories through Crime Factory, Shotgun Honey, Snubnose Press, All Due Respect, 8th Wonder Press, Big Pulp, Perfect Edge Books, IF? Commix, Under Belly Comics, Pulp Ink, Another Sky Press, Project-Nerd, Roundfire Fiction and Solarcide, and worked on translating and adapting the scripts for feature films by Mamoru Oshii, Kazuchika Kise and Naoyoshi Shiotani at Production I.G in Japan. 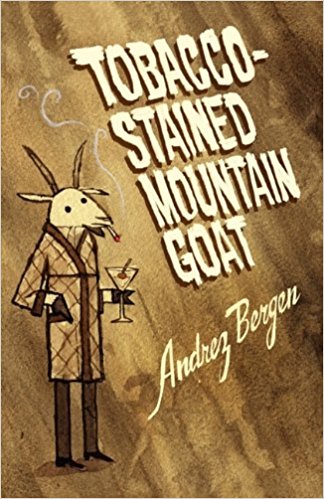 Cut to Melbourne, Australia--the most glamorous city in the world. It also happens to be the only one left standing, but nevermind that, we're there now and I'd like you to meet your narrator, a certain Floyd Maquina, a likable chap with one hell of a story to share. See, the powers that be are knuckling down on the Deviant menace that plagues the city, and our boy Floyd's unknowingly got himself in the thick of it. Cue guns, intrigue, kidnappings, conspiracy and all sorts of general mayhem that make for cracking good headlines. Does Floyd stop the bad guys? Does he get the girl? Does he make Humphrey Bogart proud? Grab some popcorn and read on.
Buy Kindle Version
Buy Paperback Version 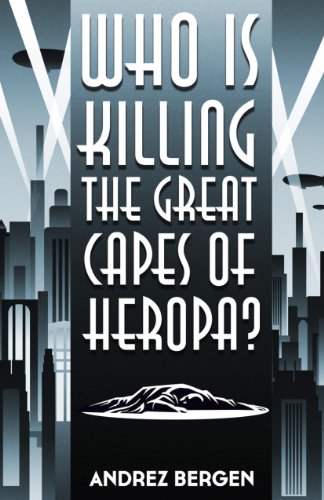 Who is Killing the Great Capes of Heropa?

Heropa: A vast, homogenized city patrolled by heroes and populated by adoring masses. A pulp fiction fortress of solitude for crime-fighting team the Equalizers, led by new recruit Southern Cross - a lifetime away from the rain-drenched, dystopic metropolis of Melbourne. Who, then, is killing the great Capes of Heropa? In this paired homage to detective noir from the 1940s and the '60s Marvel age of trail-blazing comic books, Andrez Bergen gloriously redefines the mild-mannered superhero novel.
Buy Kindle Version
Buy Paperback Version 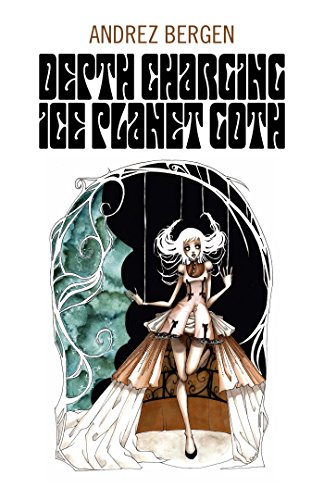 She's a disturbed, quiet girl, but Mina wants to do some good out there. It's just that the world gets in the way. This is Australia in the 1980s, a haven for goths and loners, where a coming-of-age story can only veer into a murder mystery.
Buy Kindle Version
Buy Paperback Version 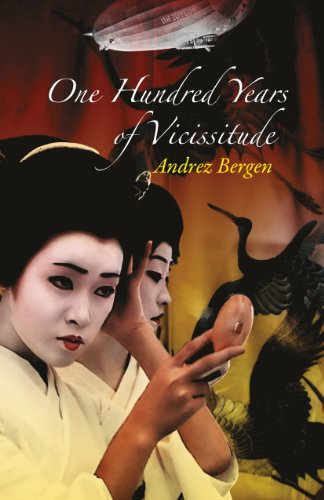 "First up, a disclaimer. I suspect I am a dead man. I have meagre proof, no framed- up certification, nothing to toss in a court of law as evidence of a rapid departure from the mortal coil. I recall a gun was involved, pressed up against my skull, and a loud explosion followed." Thus begins our narrator in a purgatorial tour through twentieth-century Japanese history, with a ghostly geisha who has seen it all as a guide and a corrupt millionaire as her reluctant companion. Thrown into the milieu are saké, B-29s, Lewis Carroll, Sir Thomas Malory, Melbourne, 'The Wizard of Oz', and a dirigible - along with the allusion that Red Riding Hood might just be involved.
Buy Kindle Version
Buy Paperback Version 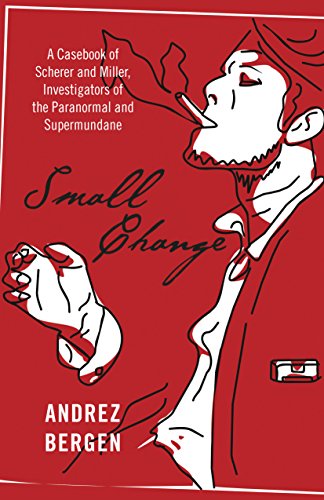 Small Change: A Casebook of Scherer and Miller, Investigators of the Paranormal and Supermundane

While chain-smoking Roy Scherer might aspire to fill loafers better worn by Marlowe, Hammer and Spade, reality wears such a whim thin. His clients veer from immortal to monster-brow-beaten, and he’s up against foes that howl at the moon, one case of Lazarus Syndrome, dismembered talking heads, and a vengeful Japanese spirit. Scherer's only allies? Ditzy, bookish assistant Suzie Miller, her gung-ho, mostly inebriated father Art, an ageless ballet dancer with martial-arts skills, and a Smith & Wesson boasting silver-plated rounds.
Buy Kindle Version
Buy Paperback Version 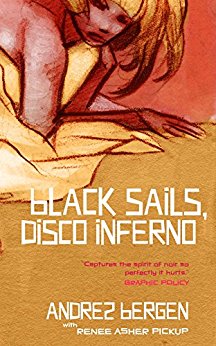 An unnamed city, in which crime families flourish and the police pinch pennies from those with most power... Black Sails, Disco Inferno is a retelling of the classic medieval romance of Tristan and Isolde, turning things on their head by reversing the sex of the chief protagonists and placing them in a '70's pulp/noir world. Andrez Bergen's latest novel exposes layers of the bullet-riddled pulp/noir world of Trista and Issy amidst a sensual, disco-infused narrative overflowing with shady schemes, double dealings, cruel brutality and spellbinding mystery.
Buy Kindle Version
Buy Paperback Version
Scroll to top