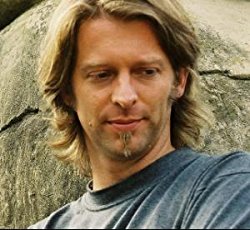 Paul Haines is an award-winning New Zealand-born horror and speculative fiction writer. He lives in Melbourne, Australia with this wife and daughter.
Raised in Auckland, New Zealand, Haines moved to Australia in the 1990s after completing a university degree in Otago. He attended the inaugural Clarion South writers workshop in 2004 and is a member of the SuperNOVA writers group. Haines has had more than thirty short stories published in Australia and North America. In 2007, he volunteered as a mentor for the Australian Horror Writers Association.
Haines has won the Australian Ditmar Award three times (Best New Talent in 2005, and Best novella/novelette for "The Last Days of Kali Yuga" (2005) and "The Devil in Mr Pussy (Or How I Found God Inside My Wife)" (2007)). He won the 2004 Aurealis Award (horror short story) for "The Last Days of Kali Yuga" and was nominated for the Pushcart Prize in 2003 and 2004.
Haines' first short story collection "Doorways For The Dispossessed" was published by Prime Books in 2006. It won the New Zealand 2008 Sir Julius Vogel Award for Best Collection and was nominated for the 2007 Australian Ditmar for Best Collection.
His two new collections "Slice of Life" and "The Last Days Of Kali Yuga" are due to be released in 2009. 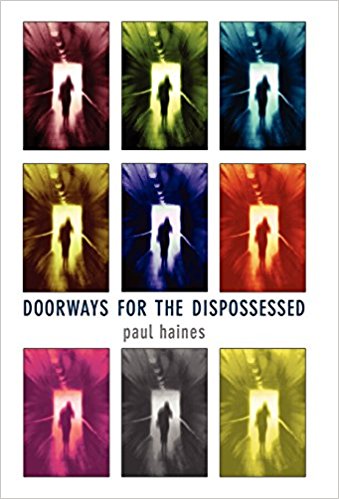 Doorways for the Dispossessed

Follow murderous trails into the bloody foothills of Kathmandu; destroy yourself with obsessive sexual jealousies; disappear into the drug-hazed dust of the Baluchistan desert; and share health-conscious recipes with a gourmet cannibal. Read Paul Haines's dark, hard-edged fantasies about real people dealing with strong emotions in impossible situations and experience the paranoia, fear and lust that lurks in the shadowy recesses of the human soul.
Buy Paperback Version
Buy Hardback Version 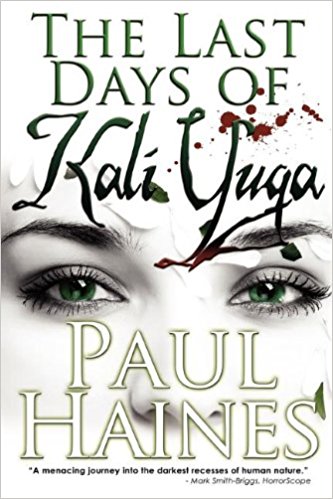 The Last Days of Kali Yuga

These are the last days ... Travel the blood-stained trails of Kathmandu. Explore doorways to other worlds. Fight for humanity's darkening soul. ... when the powers of the Gods wane and evil walks the Earth. The Last Days of Kali Yuga is urban fantasy at its darkest. You won't find traditional vampires or werewolves in Paul Haines's stories. Instead, you will stare deep into the heart of the cruelest monster of all: man. Paul Haines is one of Australia's and New Zealand's leading dark fiction authors. He pioneered the 'backpacker horror' sub-genre with stories of Westerners confronted by dark powers and corrupted souls in the developing world. His novellas "The Last Days of Kali Yuga", "Doorways for the Dispossessed", and "Wives" - all of which appear in this book - have won Australia's and New Zealand's highest honours for speculative fiction. The Last Days of Kali Yuga is the definitive collection of Paul Haines's best work.
Buy Kindle Version
Buy Paperback Version 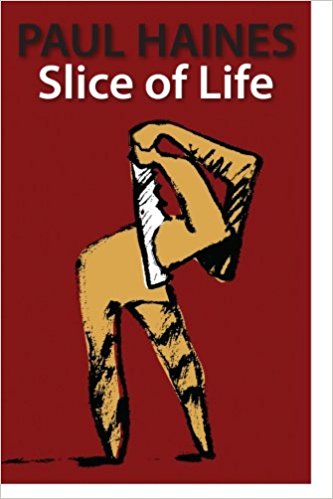 Paul Haines sliced through the Australian writing scene with his twisted and murderous black humour in 2002. He has since won many awards and praise for his dark and surreal stories. Paul places himself in stories that make you think twice about his sanity and good taste: ‘Explicit, violent, misogynistic and nasty...stories are heavily cemented in my real life, and I love blurring them into the unreal’. Morrigan Books is very proud to republish Paul Haines' collection Slice of Life, as part of its new e-book series. Paul has already been published by Morrigan Books in the anthology Scenes from the Second Storey, with his short story I've Seen the Man, and has garnered success with his writing, several of his short stories winning awards throughout the genre community.
Buy Kindle Version
Buy Paperback Version
Scroll to top